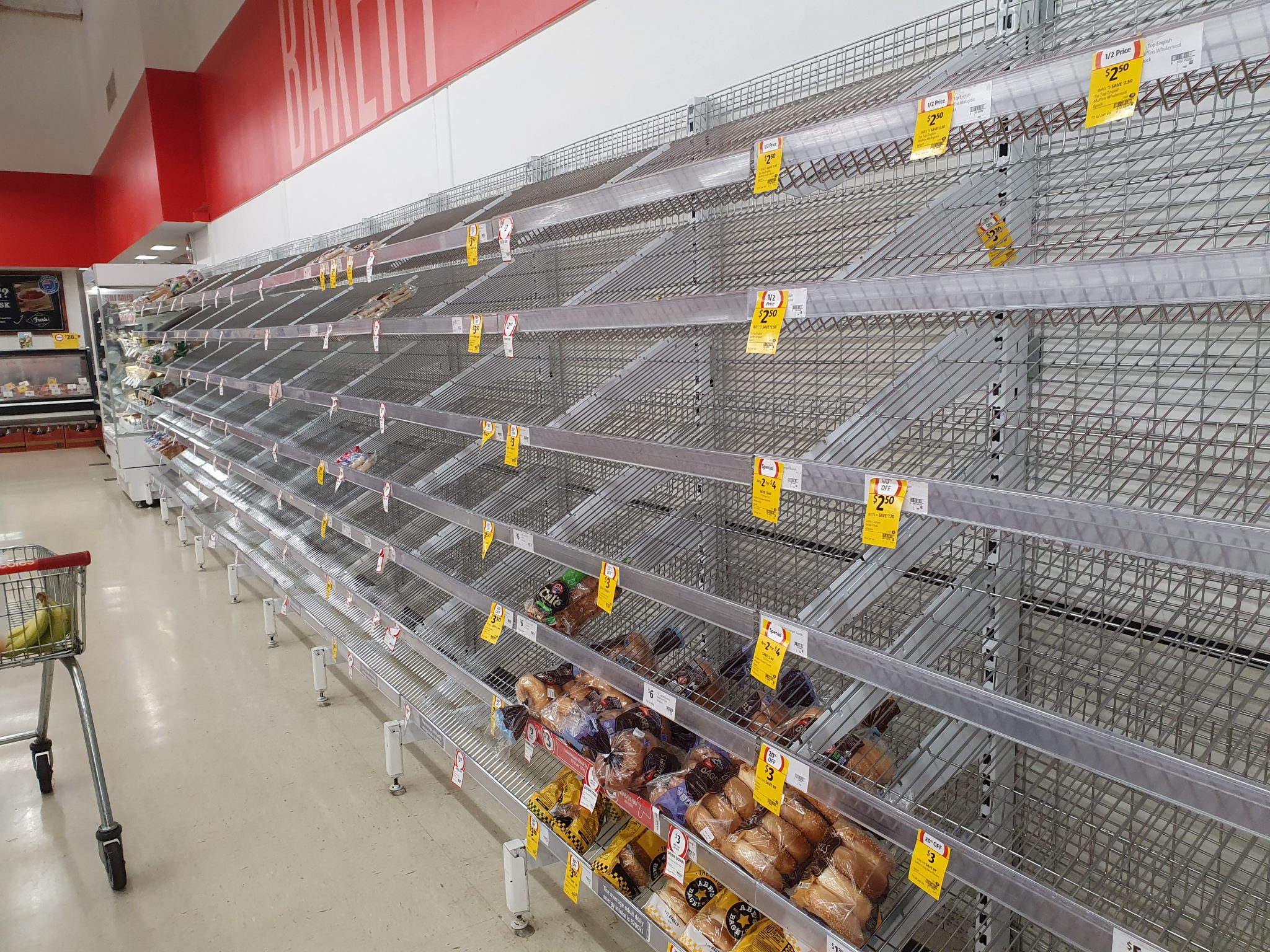 As a history teacher, I used to wonder what it might have been like for people to live through a real crisis. The Great Depression. The Spanish flu. The Great Fire of London.

What a time to be alive. Your grandkids will ask you what it was like one day, if you see them. Pray you will.

As I write this, the greatest wealth destruction event in the hi story of the world is occurring. Ever. A financial bushfire the likes of which the planet has never seen.

The parallels with the 2019 bushfires are illuminating. For example, the causes. With the bushfires, the problem was fuel load. Instead of letting local people manage the land the way their forefathers did, technocrats created rules based on false belief systems that allowed so much dry fuel to accumulate that, once the spark was lit, everything went up in flames.

COVID-19 was the trigger for the crisis, but it’s not the crisis itself. The economic tsunami destroying jobs, homes, expectations and dreams around the world is not the direct result of a pathogen. It’s the result of an inherently unstable financial system which was put in place over a century ago by international bankers who didn’t care that it would break the world because in the meantime it offered the elite the chance to live like gods.

Now though, it’s time for the god-kings of the earth to go to ground while we plebs face the plague with no toilet paper.

Super-rich jet off to disaster bunkers amid coronavirus outbreak https://t.co/Br4NXl8TJg

False ideologies played their part in both the bushfire crisis of 2019 and the economic collapse of 2020. With the bushfires, it was misinformed environmentalism. Many well-intentioned people really believed that preventative burning made koalas sad and that national parks had to be left untouched by human hands. As a result, half the country burnt down.

With the economic collapse, the same types of wishful thinking and false assumptions created the crisis. The ideology which enabled such a monumental economic bonfire to be assembled and now lit by a microscopic bug could be described as neoliberal neo-Keynesianism. It was the belief that debt doesn’t matter, that central banks can control risk through the central planning of interest rates and that borders must disappear so that Australia can become a university and a mine in the global economic village.

All wrong. Dead wrong. And now that wrongness is going to make people dead. Maybe lots of people.

The built-in instability of the financial system has been becoming more apparent for decades, but at each crisis the financial planners and their politician puppets doubled down. After 9/11 the central banks pumped the markets. They did the same to an even greater extent after the Global Financial Crisis of 2008. They even had the chutzpah to call it a ‘recovery’ as they pumped trillions of dollars from taxpayers to elite bankers.

Leaders of the G20 approved policies such as financial repression after the crisis, which transferred wealth away from savers and wage earners to asset owners and governments. Policy decisions like that are what made Boomers so rich, and so resented.

Prior to the blow-up of 2008, an obscure but vital market had a spike in interest rates. It’s called the repo market, and is where banks and large institutions move funds around over short periods of time to make the gears of the global financial mechanism turn.

In September of last year, the same thing happened. The US Federal Reserve (a private bank operated by the big New York bankers) had to step in to bail out the market, and they’ve been increasing the amounts they pump in since.

The amount of temporary money the Fed has added to the banking sector has fallen even as its balance sheet has risen https://t.co/Vt8GUVhw4U via @WSJ

This was happening well before a new super-virus emerged totally accidentally from a pangolin.

At the heart of the false economic idol erected on the backs of taxpayers and mortgage payers on this global plantation we inhabit was our central bank-controlled system of money creation.

It is called fractional reserve banking, and it’s about to collapse over the next two years. This video by Chris Martenson from Peak Prosperity explaining the topic was created 12 years ago. Unlike our financial system, it’s stood the test of time rather well.

If you want to understand why the world economy is about to collapse, the Crash Course by Chris is a great place to start. He’s also been doing great work covering the COVID-19 outbreak since January.

The illusory wealth of the world is leveraged against a tiny base of real collateral. Take the banks, for example. The Big Four Aussie banks have grown into fearsome financial beasts due to their capture of Australian real estate debt as well as the implicit government guarantee to never let house prices fall and to use force if necessary to make sure Aussies keep making repayments to their usurious masters. A compliant media and entertainment complex has assisted by brainwashing Aussies into thinking that borrowing hundreds of thousands of dollars for a painted box an hour from work is the path to riches.

From buying to selling and investing… The #YourDomain real estate gurus have you covered, tomorrow 10.00am! pic.twitter.com/Xe4Gpjw9Vi

TV star Scott Cam has defended his $350,000 government ambassador position after it was revealed he had already pocketed more than $100,000 for a total of four social media posts since his position was created. https://t.co/fMJUfIyfuA

$350K for services to the trillion dollar housing-financial complex is peanuts. You’re just jealous. Cut back on the smashed avo, you entilted millennail.

I blame us. I blame our desire for shallow riches and fleeting products at the expense of family and meaning. I blame our mesmerised worship of the propaganda box on the wall of our living room. I blame that we chose ease and self over sacrifice and community.

We slowly let ourselves be turned into dependent proles, and now it won’t even matter if a critical mass of people wake up in time. Because it’s already too late. 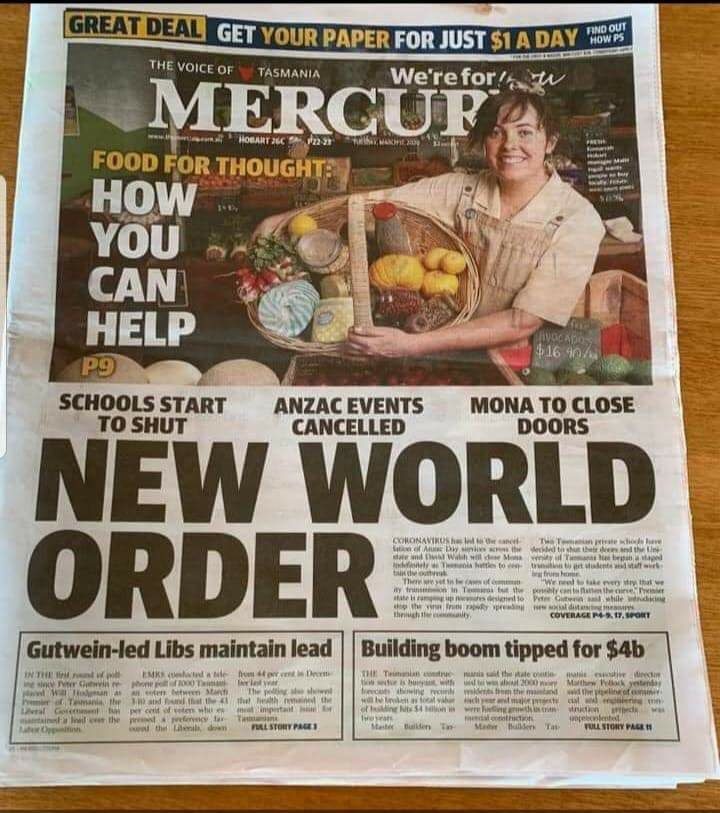