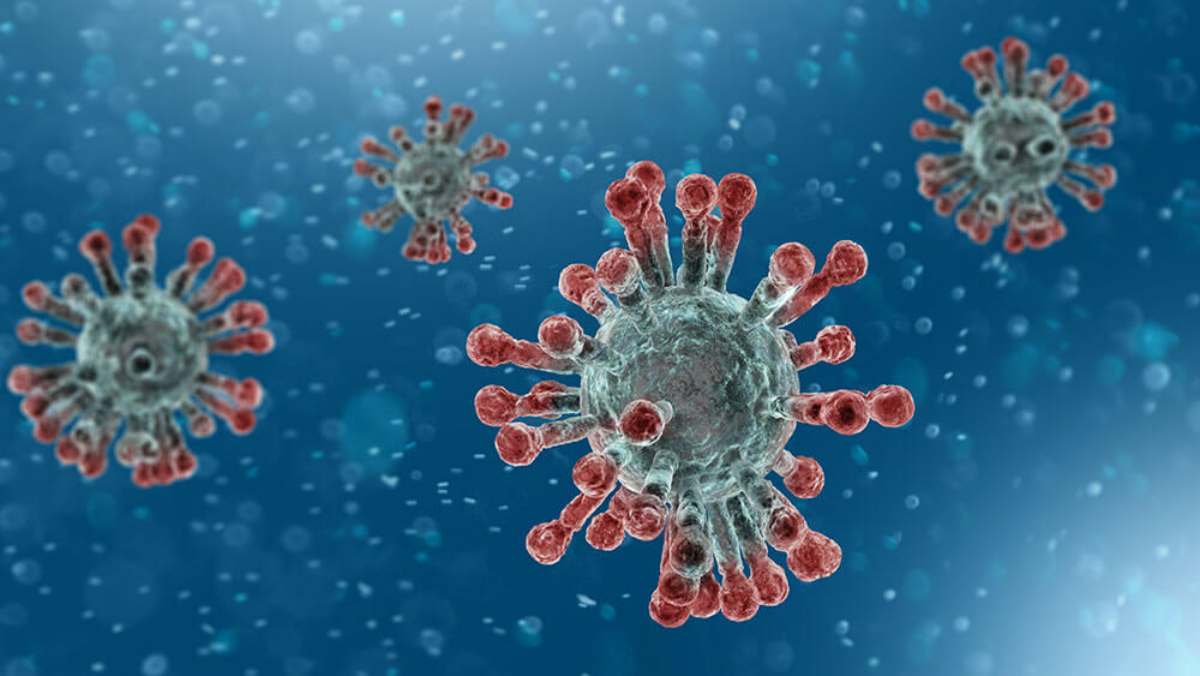 Remember when Scott Morrison said the most dangerous thing about the Chinese virus was Australians being racist?

As restaurants and shopping precincts run by Chinese-Australians across the country report a marked drop in traffic in recent weeks, Australia’s leaders have issued warnings over racist behaviour. #Coronavirus #7NEWS https://t.co/tDppmt6U4i

That’s not going to age well.

#Italy A woman rescued in the street of Salerno today #coronavirus pic.twitter.com/olteXGtlQW

Especially as the ethnic group who brought it here profiteer from the panic because they are un-Australian. We’re going to see the same scenes on the streets of Australia in a few weeks’ time. It’s not the apocalypse quite yet, but it’s going to bring our society down a peg or ten. That’s what plagues do.

We ‘panic buyers’ knew this was coming because we saw the same scenes in Wuhan back in January, when the media was telling us the Chinese virus is as dangerous than the flu. The same lying media has been telling us changing versions of a story about how this plague started in a wet market through Chinese taboo eating culture.

If you believe that, I’ve got a bridge to sell you. This thing was manufactured. Listen to this guy talking to Stef. There’s no excuse for thinking it came from a pangolin eating bat soup in a Chinese wet market or whatever after hearing his analysis.

Someone made it. Who? Why? What for? I don’t have any inside footy on that, but let’s go with what’s publicly available information to see if we can figure it out.

As I’ve written already, this plague is not what will bring down modern civilisation as we have come to know it. It is instead the catalyst for a financial collapse which will do so. Government, finance and economics are all about to undergo radical transformations. That process was inevitable, and was visible to anyone who took the time to understand the true nature of the global financial system and the inherently unstable nature of how money is created.

Three cheers for those people. They’ve been smeared as conspiracy theorists, preppers, tinfoil hatters, hoarders. The establishment has made sure they’ve been laughed at relentlessly. 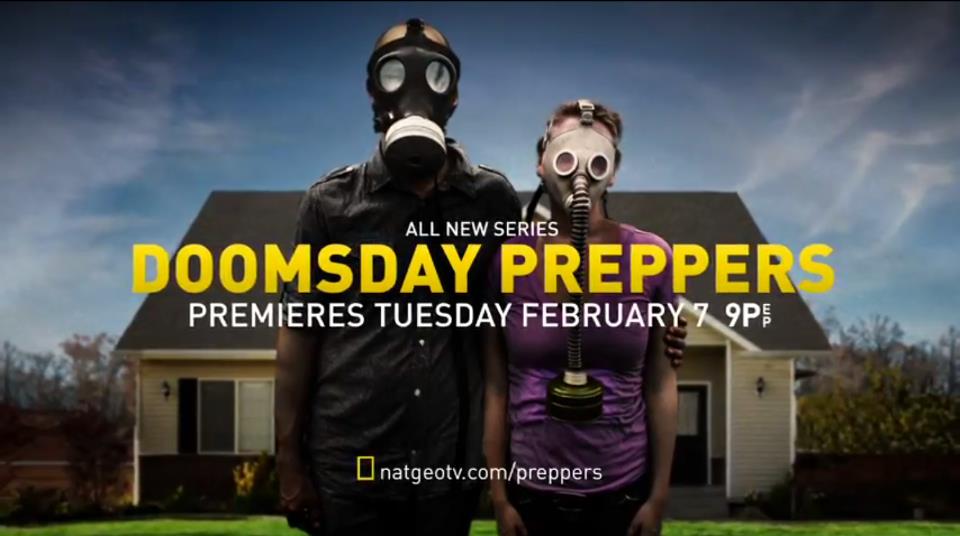 They’ve had to take a lot of mocking and scoffing, and sometimes that was deserved because they could also be pretty annoying at Christmas lunch.

Right now, I suspect those people are feeling pretty happy with themselves. As they should. Well done. You figured it out ahead of time. You were right, and your brother-in-law was wrong. Maybe now give him some toilet paper from your stash. He could probably use a little.

The people who rule the various areas of this planet are not stupid. They are arrogant and sometimes ideologically obsessed and ultimately doomed to failure, but they’re not dumb. They know the post-World War II monetary and economic system had a use by date, just like the pasta shells those preppers bought back in 2009.

In my view, much of the jostling we’ve seen between the various powerful nations over the last few years has to do with what the post-collapse system will look like. That’s just what happens. Usually a global war will be part of the mix.

But I digress. One catastrophe at a time.

So with that background, what can we piece together that might help us find the likely culprit behind the plot to create a panic by using a plague to collapse the system?

If only there was an elite insider who’s made it clear he thinks the world needs to be re-organised according to his vision, has an interest in plague responses and has the means to create a bug to implement his agenda.

Bill Gates is literally obsessed about plagues and vaccines. He’s been talking about it for years. In fact, he’s been so on the money that he even stated in a 2019 Netflix documentary called ‘The Next Pandemic’ that a coronavirus-like pandemic could start in a Chinese wet market and that the world was unprepared for it.

I kid you not. Doesn’t he know supervillains are meant to be, well, subtle?

He’s gone further than that though. In the video above, you’ll see that the first point in Gates’ thesis for why global pandemic responses are weak is that we lack centralised surveillance and data.

To address this, Bill and his wife have teamed up with a massive global vaccine provider called Gavi to push for a blockchain form of digital identity which would be used to track and monitor every single person on the planet.

Gates’ project staff are saying they’re worried about privacy. This is PR. In 2018 Gates put $1 billion into a plan to use satellites to monitor the entire planet in real time. He doesn’t believe in privacy.

The tech leaders are backing EarthNow, which plans to launch 500 satellites to cover Earth’s atmosphere in video surveillance and provide live video feedback with only one second of delay 📡 https://t.co/fT7bUW6E6v

Two years after his TED talk above, Gates founded CEPI, the Coalition for Endowment Preparedness Innovations, at Davos. It’s all about vaccine development.

Gates loves vaccines the way a normal man loves his dog. Or his toilet paper.

But here’s the clincher.

In October 2019, right as COVID-19 was getting cracking in Wuhan, Gates teamed up with the World Economic Forum and the Johns Hopkins Center for Health Security to carry out a scenario exercise called Event 201 about the ‘outbreak of a novel zoonotic coronavirus transmitted from bats to pigs to people that eventually becomes efficiently transmissible from person to person, leading to a severe pandemic.’ Although the scenario stated the coronavirus would start with animals, Gates has been making noises since 2017 about the risk of genetically-engineered viruses.

Case closed. There are only two explanations. Either Gates is one of those book-smart nerds who completely underestimates everyone else and he did it, or he’s being scapegoated.

I lean toward the second. It’s just too obvious.

Gates and his creepy foundation work are certainly part of what’s going on. They’re part of the picture. If Gates and his coterie of control freak billionaire mates are behind this, we can expect a technocratic solution to the manufactured plague and accompanying economic collapse.

If that’s what’s going on, I’m not too worried about the vaccine. There’s so much focus on vaccines, it makes me think they’re not the point. The point is the system of medically-justified economic totalitarianism that technocrats like Gates want to impose on people they see as little more than cattle.

That’s the scenario if Bill did it.

The other possibility is that Gates is being set up by a group even more nefarious. Bill’s been making so much noise about plagues and vaccines, it wouldn’t be beyond some dark faction to do it.

Look to see who uses the chaos created by the plague and collapse to push for more censorship and control and you might have your culprit.

This may be the most important moment in the history of the internet.@Facebook and every social media company needs to ask: what do you care about more…

The lives of millions are at stake. https://t.co/XIrXQkdVCc

We are facing not the end of the world, but the end of Western-dominated global capitalism as we have known it. Central banks are going to collapse. The governments they fund will too. The system is going down.

Karl Marx prophesied a century and a half ago that one day capitalism would eat itself and a world revolution would break out. He was fixated on the ultimate crisis that would bring about the utopia he envisioned.

That doomsday component of the communist agenda has largely been forgotten by Westerners today. We might do well to remember it.

So might Bill. After all, communists aren’t that keen on billionaires. Especially American ones. 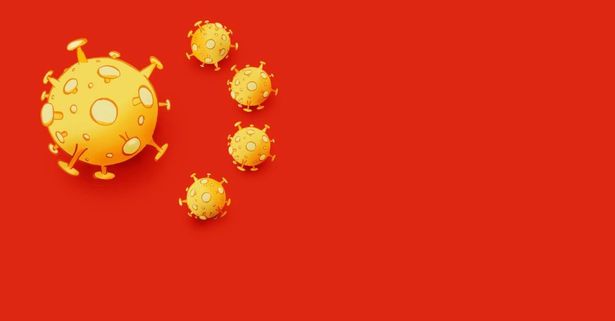 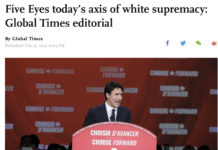