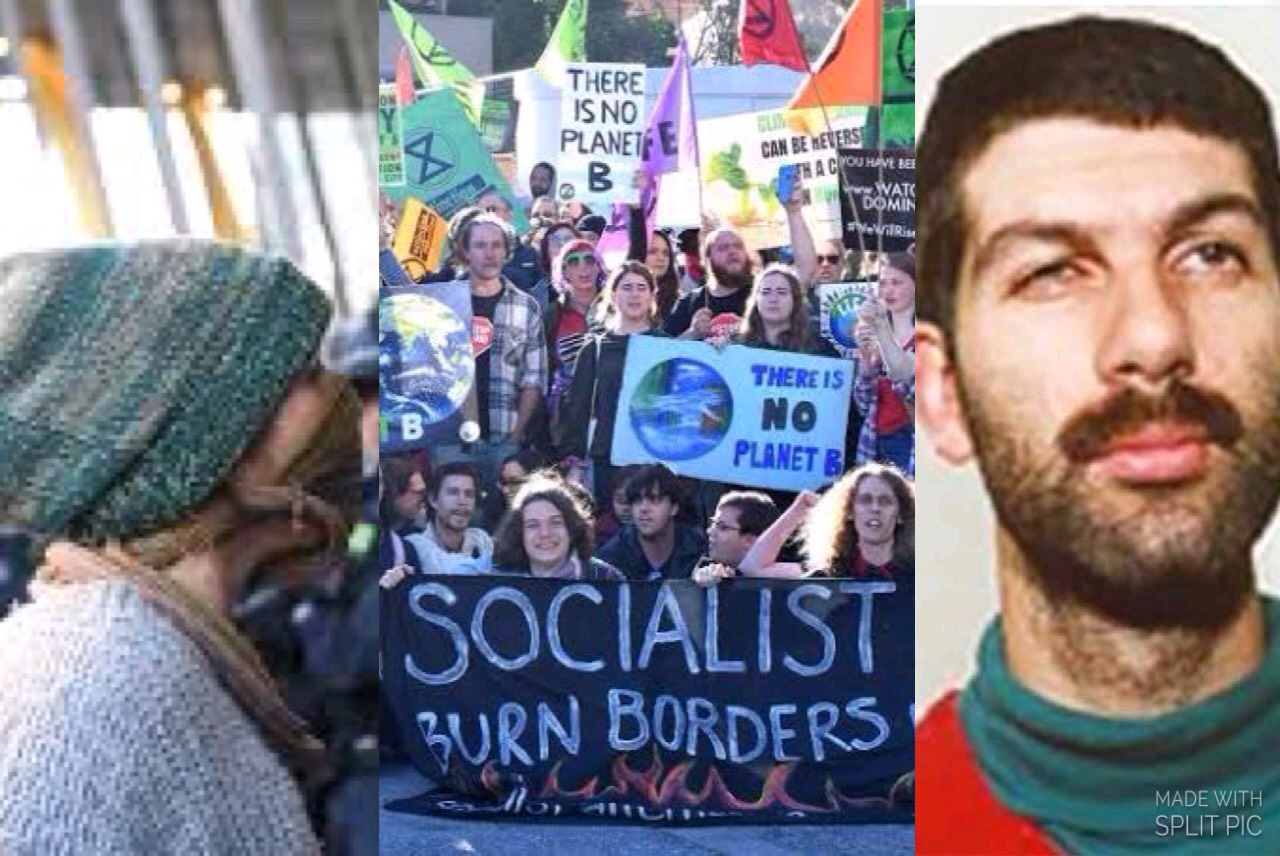 In August 2018 Joseph Mahmoud Dibee, a radical eco-terrorist with ties to the Earth Liberation Front (ELF) and the Animal Liberation Front (ALF), was apprehended by Cuban authorities and handed over to US law enforcement. Dibee, an American citizen, was on an INTERPOL Red List for allegedly playing a key role in the destruction of a meat packing plant in Redmond, Oregon on the 21st of July 1997 which caused $1.2 million worth of damage. Investigators believe that Dibee and four co-conspirators donned black clothing and masks, infiltrated the premises, and used highly explosive gel composites combined with detonation devices to cause the complete destruction of the facility. The totality of this violent action was not realised however, as one of the devices detonated prematurely forcing the alleged assailants to flee before detonating the entire payload. The meat packing facility burnt to the ground despite the slip up. According to an NBC article from August 2018:

“Dibee has also been tied to similar crimes in California, Colorado, Washington and Wyoming, according to the FBI. The spree, carried out between 1995 and 2001, was tied to the eco-terrorism group Earth Liberation Front (ELF) and Animal Liberation Front (ALF), federal officials said”.

Dibee is just one of a large array of eco-terrorists and activists with links to both of these groups. Defenders of such actions will suggest that the heavy handedness with which the authorities go after these groups is unjustified, especially considering that they have not killed anyone. Much of the direct action against the ELF and ALF came after the 9/11 attacks, which prompted a crackdown against all forms of terrorism – particularly in the US – so it does stand to reason that the early 2000s saw law enforcement agencies tightening their focus on any and all groups deemed as potentially posing excessive harm to the community. However, when observing certain trends prior to 9/11, there are grounds to believe that the concentrated efforts by law enforcement to go after eco-terrorists was not merely an overreaction from the attacks on the twin towers and the Pentagon, notwithstanding the fact that Dibee’s alleged spree commenced in 1995.

The FBI divides terror threats against the US in two broad categories: International and Domestic. Both of these categories consider violent acts or threats of violence against persons or property to be terrorism if the end state is to coerce or intimidate a government, civilian population or “any segment thereof” into some type of “political or social objectives”. The international terrorism category is defined by the transnational nature of the objectives and actions, often relying on funding or direction from entities outside of the United States and for the most part, directed at the US government. Domestic terrorism on the other hand is carried out by individuals or groups “operating entirely within the US or its territories”.

Appearing before the House Resources Committee, Subcommittee on Forests and Forest Health in 2002, then Domestic Terrorism Chief of the FBI James F. Jarboe commented on the changing nature of the Domestic terror threat to the US over the past decade. He noted that:

He went on to note that:

“The FBI estimates that the ALF/ELF have committed more than 600 criminal acts in the United States since 1996, resulting in damages in excess of 43 million dollars.”

Interestingly Jarboe distinguishes this type of terrorism as being different from ‘traditional forms of right wing and left-wing terrorism’ and labelling it ‘special interest terrorism’, which focusses on individual issues such as animal liberation, pro-life, anti-nuclear and other movements. Under this framework and in reference to eco-terrorism specifically, Jarboe notes:

“Since 1977, when disaffected members of the ecological preservation group Greenpeace formed the Sea Shepherd Conservation Society and attacked commercial fishing operations by cutting drift nets, acts of “eco-terrorism” have occurred around the globe. The FBI defines eco-terrorism as the use or threatened use of violence of a criminal nature against innocent victims or property by an environmentally-oriented, subnational group for environmental-political reasons, or aimed at an audience beyond the target, often of a symbolic nature.”

Jarboe goes on to note how the ALF had ben the most active at that time but what’s critical here is that, overall there is little distinction made between the ELF and ALF in their operations, end state and even personnel.

In recent months Australia has been rocked by a series of demonstrations launched by special interest groups of the exact same nature as the ALF and ELF. Vegan protestors have trespassed on farms and abattoirs to protest perceived cruelty in the name of their cause while Extinction Rebellion have wreaked havoc on capital cities, infuriating motorists and commuters trying to get to and from work. This phenomenon is quite clearly global in nature and is not limited to ‘direct action’ and civil disobedience by grassroots activists. Former US Minister for Interior Ryan Zinke blamed a very powerful cabal of radical environmentalists for blocking access to forested areas in California where controlled burning and harvesting timber would have had a significant effect in preventing wild fires of early 2019.

Furthermore, the activism is fuelled further by the mainstream media, some vocal elements of academia along with left leaning politicians which gives its fury a legitimacy that few radical movements enjoy. This perceived legitimacy is likely emboldening the more radical elements of climate and animal rights activism but a significant factor in fuelling the rise of radical eco-activism is the growing resistance to these protests, particularly in Australia following Labor’s apparent ‘unlosable climate election’. Australian voters overwhelmingly rejected the cries of global alarmism from the political establishment and this may well have had a profound effect on those hell bent on forcefully imposing climate dogma onto the average Australian citizen. This grassroots resistance to this eco-fanaticism was clearly on display following the vegan protests in April 2019, when social media was ablaze with citizens openly mocking the protestors who blocked major intersections in Melbourne’s CBD among other activities. Fanatics do not like mockery, and it is unwise to believe that they will not seek avenues to push their beliefs even harder, using more outlandish techniques to punish all those who have disobeyed their will.

As noted by James F. Jarboe of the FBI, it was in the late 1970s that the disenfranchisement of certain activists led to a subsequent breakaway from the more passive forms of eco-activism that compelled them to pursue the path of violent eco-terrorism. The current political climate in Australia and indeed much of the world has now reached a point where it is not hard to imagine a resurgence of violent eco-terrorism.

In 2009 the Victorian Police investigated a threatening letter addressed to Hazlewoood power station boss Graeme York. The letter was delivered to Mr. York’s residential address and believed to be sent by an Australian chapter of the ELF claiming that they would hold Mr. York ‘personally accountable for his assault against the Earth’. In the letter, the ELF stated:

“Your property will not remain safe so long as Hazelwood continues to pollute at such an inexcusable level, swallow millions of litres of fresh water every hour and cough out hydrochloric and nitrogen acids in return.”

This was in 2009 well before Australia’s voting populace displayed their utter contempt for climate alarmism which only seems to get more and more unhinged as more claims by the climate clergy turn out to be woefully incorrect. The effect that this is having on climate activists must be maddening and is increasingly visible. The contempt they feel towards people going about their business and not adhering to their doomsday belief system also shows that they do not have any tolerance of indifference, let alone opposing views. They display what seems to be a sociopathic need to control what vast amounts of people think and are willing to obstruct daily life of the average citizen to impress their point on people they deem not devout enough to their belief system.

Yet another sinister characteristic of looming eco-terrorism is the stark similarity they have to ISIS in the way they recruit and mobilise their followers into action. While animal liberation activists have had some successes with this, it’s Extinction Rebellion who have arguably been the most outstanding. From small outposts in Syria, ISIS was able to call upon their followers to carry out brutal attacks on Western targets using whatever means they had at their disposal. The outcomes of this call to action were sickeningly devastating. Though not demanding any direct violence, Extinction Rebellion has been able to rally its followers to ditch school and disrupt daily life in capital cities, causing delays and great frustration globally. That type of power combined with their rage and contempt for the average citizen who doesn’t share their zeal, is likely to eventuate in coordinated attacks on property and infrastructure, possibly physical violence against persons. Like all movements of this nature, all it will likely take is one significant incident to spark a series of actions and overreactions before we are once again subject to wide spread civil unrest.

Too many times our authorities have been late in recognising growing threats such as Al Qaeda and ISIS, and the threat of eco-terrorism may be yet another case of law enforcement and intelligence agencies not being able to read the writing on the wall. Unlike previous terrorist threats however, this one manifests in front of us frequently, and has a clearly visible resistance in the form of the average citizen, alternative media, some mainstream media outlets along with the elected government of Australia. The stress this causes eco-activists is undoubtedly enough to prompt them into the violent, destructive action seen by the ELF/ALF. As yet very little has been seen in the way of a formal recognition of the growing eco-terrorist threat by the authorities, let alone a task group being set up to deal with them. It seems we in the West will need to once again see a descent into violent mayhem before our authorities decide to finally act on a threat that many of us have seen coming for the better part of four decades.

Exposed: The Fake Physics behind the Global Warming Scam