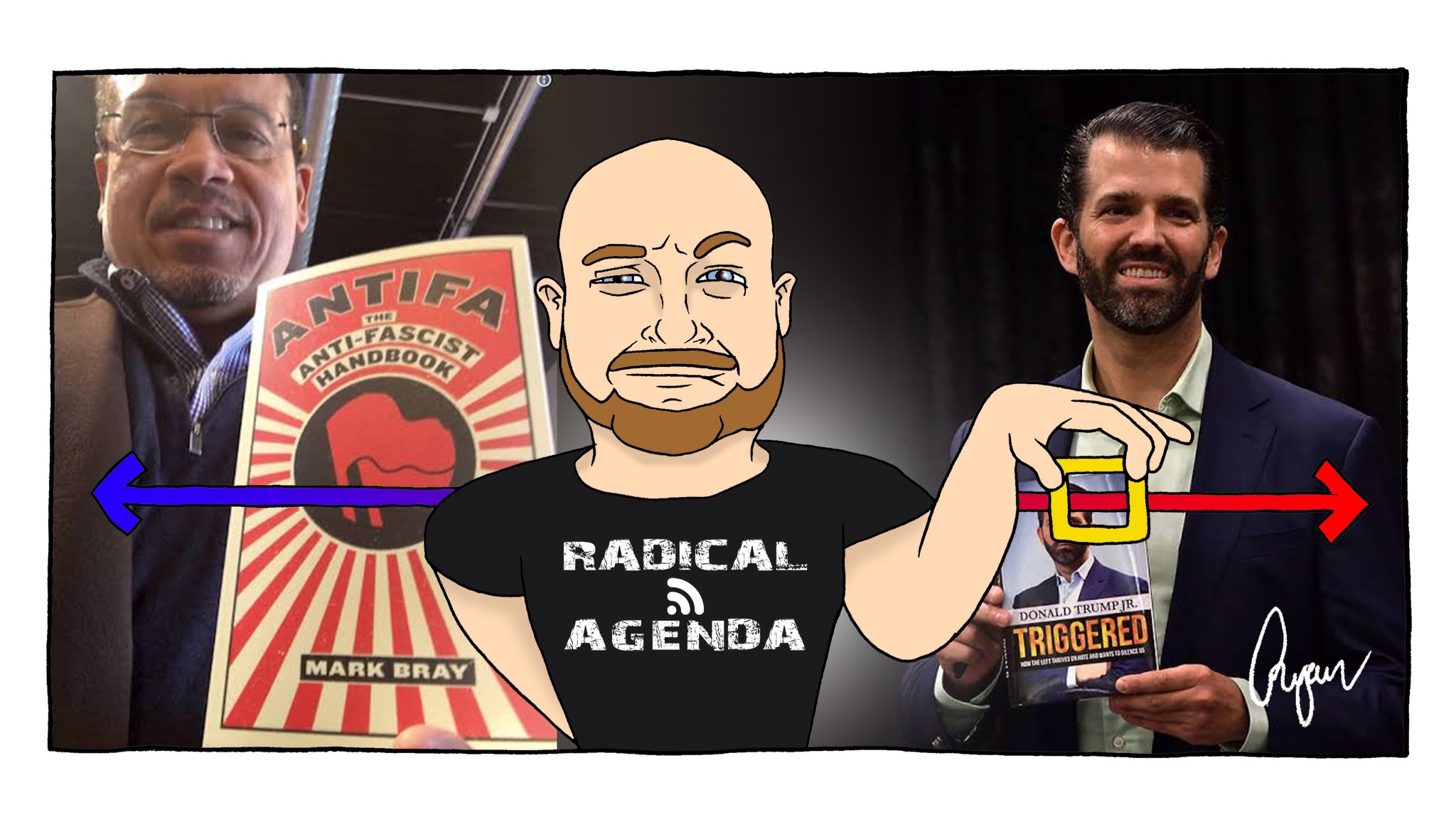 Establishment politics throughout the Western world is dependent on two political cartels battling it out over who rules. Whether it be team blue (i.e. Democrat) or team red (i.e. Republican), both cartels are institutionally hardwired to serve as a synthesis for philo-Semitic policy interests, largely to the detriment of gentile voters.

Hence why the establishment media works over time to paint any coordinated criticism of the ruling kosher cabal as a “fringe” phenomena.

A fringe group of far-right activists have been disrupting conservative and pro-Trump events in recent weeks, drawing rebukes from mainstream Republicans who are eager to separate the party from white nationalists and alt-right racists.

A small but vocal group of young men led by 21-year-old broadcaster Nicholas Fuentes received national attention this week after heckling Donald Trump Jr. at an event in California, where he was promoting his new book “Triggered.”

Fuentes and others on the far right have been publishing calendars of events held by Turning Point USA founder Charlie Kirk, conservative media stars Ben Shapiro and David Rubin and others, including Trump Jr. and Rep. Dan Crenshaw (R-Texas), in an effort to have their followers infiltrate and disrupt the events.

The alt-right activists view Kirk and Shapiro as insufficiently conservative on issues like immigration and claim to be carrying the mantle for President Trump. Members often show up at the events wearing red Make America Great Again hats and Fuentes’s show is called “America First” in a nod to the president’s popular slogan.

Shapiro, who is Jewish, and others have described the disruptions as an insidious effort to smuggle racist and anti-Semitic ideologies into the conservative mainstream.

Fuentes, a 21-year-old paleoconservative commentator who is articulate, clean-cut and consummately combative in his politicking, is a good example of the emerging insurgency against Conservative Inc.’s Judeo-Christian fixation.

Charlie Kirk, who is pro-LGBTIQ, pro-wars for Israel, pro-browning of America, and a general liberalist lap-dog, is pretty much the archetypal pretentious ponce making the Republican party look fake and cringey.

Similarly, kippah wearing conservative Zionist Ben Shapiro is someone who is on record supporting violent racial supremacy for Israel, while simultaneously disenfranchising White Americans to go their own way:

John Hammer, the editor-at-large of Ben Shapiro’s website The Daily Wire, said Tuesday on Twitter that “Jew-hatred is inherent in the European DNA.”

Hammer deleted the tweet without offering any explanation on Tuesday night but not before it was archived on Archive.is.

Ben Shapiro gave a dramatic speech just days ago where he said “race” is “just a melanin level” and mocked the idea of “white European ideals.”

“Race does not have ideals, it’s just a melanin level,” Shapiro said. “It’s just a skin color or a place of origin. If you think it does, you’re absolutely indistinguishable, you are identical to the identity politics left, to the intersectional left.”

I guess Shapiro’s right-hand man didn’t get the memo!

Despite establishment neo-con hacks like Charlie Kirk and Ben Shapiro, the Republican Party is still the lesser of two evils, so to speak.

While the Democrats are so fervently anti-White, anti-Nationalist and pro-dysgenic that they’re overtly communist, the neo-con Israel firster types who seek to purge White Nationalists from the GOP can at least be painted as hypocrites.

Their message of Zionism for thee not for me and you is so glaringly transparent that it forces them to either explicitly side with the Democrats like John “Cancer Boy” McCain, or grow a pair and get politically incorrect.

Outright voting Democrat is a market signal of surrender at the ballot box, even with the establishment Zio-cons running the Republican Party for the moment.