If you sit anywhere in the broad and largely dysfunctional church that is the dissident right, you owe at least some of your views to Mencius Moldbug. Even if you don’t know it.

This is the guy who came up with the red pill analogy. While the Golden One motivated many young wrongthinkers to start lifting heavy weights, Moldbug inspired them to read heavy books. 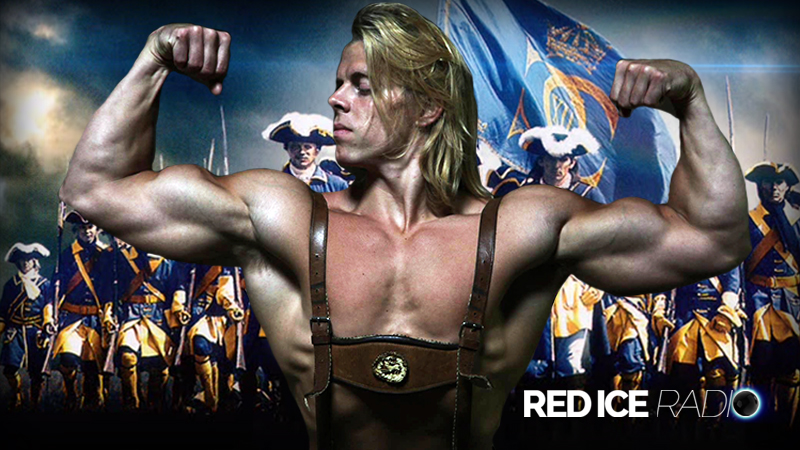 A Jewish computer programmer who happened to start a blog, which started a movement, and then pretty much disappeared.

No LARPy costume marches to provide the feds with the optics to shut us down.

No outrageously repugnant antics to make the dissident right a tar baby to normal people.

The Satoshi Nakamoto of political theory.

Moldbug laid the intellectual foundations for what became the neoreactionary movement. He didn’t call his philosophy that, but his acolytes named, fleshed out and standardised his ideas. Ironically, they played Mencius to his Confucius.

Neoreaction became a stepping stone for many from Austrian economics-based libertarianism to the alt-right. Most of the intellectual wing of the dissident right spent some time in neoreactionary thinking. Milo, the TRS guys and RAMZPAUL come to mind. If you had to distill neoreaction, I think you could say it’s a broad-ranging critique of the American, and therefore Western, political system as an inefficient and immoral secular religion which lies to the people to maintain the power of a tiny, coastal elite.

Now, before you white nashies scroll down and start fedposting the comments with triple brackets and lampshade memes, I’m aware of the shortcomings of neoreaction.

After communism and libertarianism, it is only sensible to be wary of yet another Yiddish philosophical system wanting to bring about some grand vision of the world. Neoreaction is yet another expression of Jewish Tikkun Olam thinking; the supremacist attitude we find among Jewish people that it is their unique tribal destiny to fix the rest of humanity because we inferior goyim are incapable of doing it for ourselves.

We’ve been down this road of Jewish utopianism quite a few too many times now, and it never works out in the favour of Christian civilisation. We either get mass graves or Desmond is Amazing. I get that.

One of my main problems with Moldbug’s philosophical framework is that he symbolises the American state religion that has us all spellbound as a cathedral. He traces a line of ideological descent from New England Puritanism down through American Protestantism to the world-improving ideology of the American elite today. That’s disingenuous. Yes, there were the Social Gospel and early Progressive movements which arose out of American Protestantism in the early 20th century, but those were mass movements. They were not driven by elite ideology, but rather popular sentiments. The ideological superstructure of the Free WorldTM today was imposed top-down, not bottom-up. What we might call postmodern progressivism or Western Marxism or liberal democracy, different names for the same beast, was disseminated down to the people via Columbia University, Columbia Studios, CBS and the New York Times, rather than sideways from the pulpits of middle America. It came from the coastal urban elite, not the flyover people.

The ideological superstructure of America can be represented accurately by a religious building but it isn’t a cathedral, Curtis. It’s a synagogue. And you know that.

The second problem with neoreaction is that it is anti-nationalist. This is silly. The two greatest forces in the world are compound interest and nationalism. Curtis is from a group which is a master at deploying both for their group interest. If there is going to be any revolt against the liberal democratic status quo in favour of something more human and more real, it will have to tap into nationalist fervour. I know this frightens Jews a lot, but it be what it be, dawg.

As those of you who have stuck with my writing for a while would know, I’m a believer in cycles. I believe societies, nations and empires rise and fall according to a cyclical process. It isn’t a straight-line pattern, and it’s not deterministic. We still have individual and collective agency. But there is an order to the universe; a metaphysical rhythm put there by God at Creation. This cycle of civilisations is driven by the fixed nature of man. Human nature is the constant of history which provides the mechanism by which historical cycles operate. Because men don’t change, they respond to external circumstances in predictably constant ways. This drives the cycle. 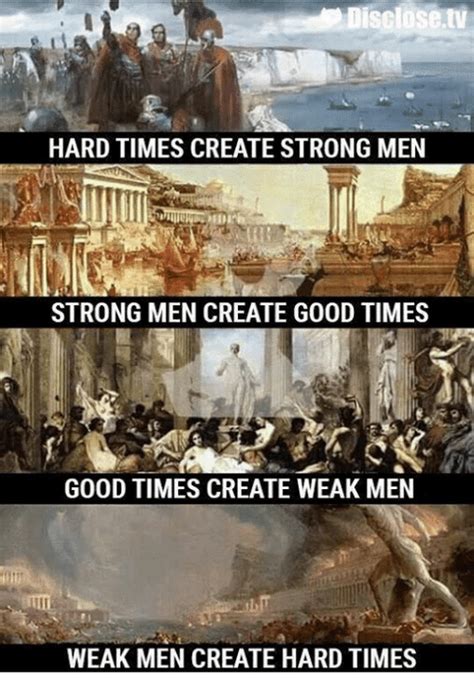 This enables a form of comparative historical analysis to be applied to provide meaningful comparisons that help us see the future, albeit dimly.

For example, in the late Roman Republic, two factions emerged called the Optimates and the Populares. The first represented the interests of the landed elite, and the second those of the urban plebs. The division between these factions broke out into civil war in the second century BC, and only ended when Julius Caesar’s adopted son Octavian defeated Mark Antony and Cleopatra at the Battle of Actium in 31 BC.

This is extremely relevant to you right now, because America is also a republic. The American system was explicitly modelled on the Roman one, and we have also seen it being destabilised by an increasingly fractious division between public figures (at least seemingly) representing the interests of the people and public figures representing the interests of the elite. The difference with America though is that the ideology of the elite is international socialism, and the ideology of the people is Christian conservatism. The ideological poles have inverted, but the factions have not.

Like I said, this is extremely relevant to us today because the elected emperor of America just tweeted about a possible civil war in response to imminent impeachment proceedings by the other faction.

….If the Democrats are successful in removing the President from office (which they will never be), it will cause a Civil War like fracture in this Nation from which our Country will never heal.” Pastor Robert Jeffress, @FoxNews

According to legend, when asked what system of government the Founding Fathers had decided upon for America, Ben Franklin said, ‘A republic, if you can keep it’. It seems they can’t.

The American political system is ripping itself apart due to its own internal contradictions, right when China is emerging as the first legitimate threat to Western global power in five centuries, the West is drowning in debt due to socialism and the climate cycle is turning down.

We live in interesting times homies.

Moldbug is now writing as himself, Curtis Yarvin. I started out as Moses Apostaticus as a form of homage to Moldbug, who influenced me so much. Thanks to Antifa, now both of us can write as ourselves. What liberty.

Yarvin has stated he’s going to write five essays for the American Mind website. So far, he’s published the first. He lays out his general thesis, which seems to be in line with his thinking ten years ago but updated for the times. Rather than the red pill, he now wishes for people to take the ‘clear pill’; to move beyond political thinking to a system of governance built upon radical realism. I can foresee that, after this idealistic cultural Marxist convulsion has run its course and the great cities of the West are smoking ruins occupied by hardfaced oriental soldiers, we might be ready for reality again then. We might be willing to finally give it a shot.

My journey into the ideological badlands of the dissident right began with a personal revolt against a culture I perceived as saturated in lies. I became a Christian in 2005 and studied Education at university in 2006. I could tell that everything I was being taught was false, but I didn’t have a language to explain how I knew that. When the Global Financial Crisis hit and afterward the media and the establishment (that’s a tautology) told us that we went back to normal after the biggest robbery in world history, I knew the problem was bigger than I’d appreciated. The more I questioned, the more lies I discovered. We had become a society totally lost in delusion, and as long as the supermarkets stayed full, the people would never care. I know though that societies which get lost in delusion become societies in which one day the supermarkets run empty. I believe that day is now not too far off, but it will happen in weird ways maybe none of us can anticipate. As a society, we have entered the Twilight Zone.

Thank God we don’t know how bad things actually are.

I find Yarvin’s timing interesting. He first started blogging in 2007, just before the first GFC almost brought down America. The repo market spike last month is an indication we’re on the precipice of Global Financial Crisis 2.0, and this time it will bring down the central banks themselves. Interesting timing, Mr Yarvin. What else do you know?

Or are you just a manifestation of the cycle?

We would do well to pay attention to what Yarvin says in this series of essays. The alt-right has now splintered and burnt out, probably due to infiltrators and bad-faith actors whose job was to make sure it splintered and burned out. While Trump remains a symbol of defiance against the Big Sister cultural Marxists, he won’t drain the swamp or build the wall or make anything except Israel great again. Maybe he really tried. Dunno. If he follows the pattern of Caesar and becomes dictator for life, we’ll see a revolt from the left. If he is impeached or assassinated, we’ll see the civil war start with the right. You can expect the Iranians, Russians and Chinese to take advantage, whatever comes. Either way war is coming, inside and out.

The ideas of men like Yarvin might become like those of Thomas Paine before the first American revolution, Jean-Jacques Rousseau before the French one or Lenin before the Russian. Once it’s time for the S to HTF, the people need an ideology to unite them into action. The ideology which will animate the forces fighting for the Christian conservative American people will come from the dissident right. That’s why the establishment are painting white conservatives as terrorists in advance. They know.

I’m not an advocate of civil war or revolution. God’s made it clear to me that’s not what He wants His people to go for. He just wants us to come out of the world system before He brings down a shitshow of righteous judgement on it. Let it burn.

If you’re an ant sitting on an elephant about to experience its death throes, get off the elephant. There’s nothing you can do to stop it happening.

The West is done. The world as we have known it is finished. It’s over.

In its place will be something new which won’t be new at all. It’ll be the return of something old.

Maybe even God Himself.