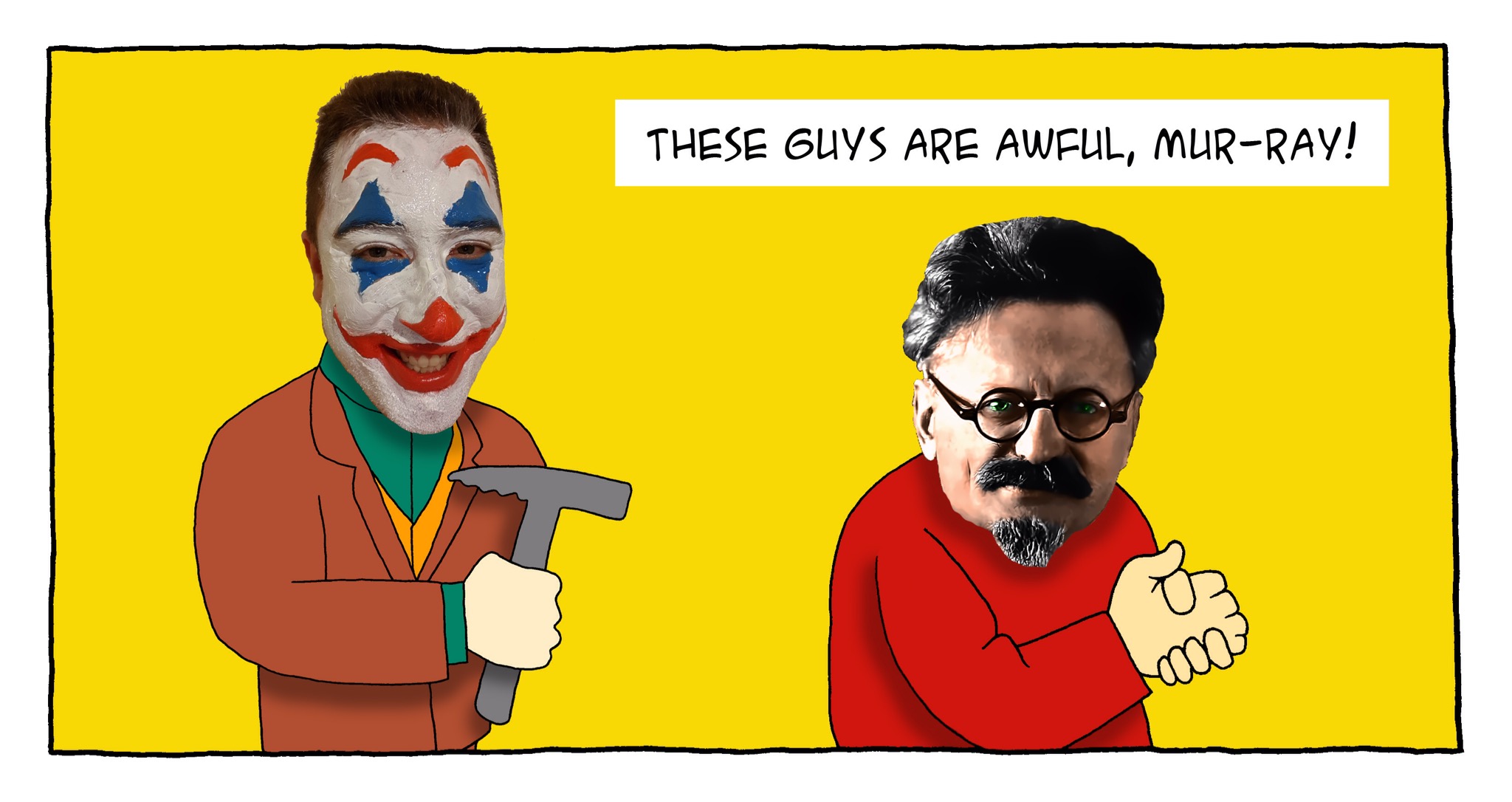 Joker is shaping up to be an indelible work of propaganda. It sears a psychic scar on the audience which imbues the anti-hero and masters the milieu of mental illness, as Arthur Fleck is transformed into Joker thanks to Liberal Democracy.

Hence why the Sulzberger owned New York Times went so far as to say that Joker is “essentially a depiction of what happens when white supremacy is left unchecked”. Which reinforces why the Joker archetype was dubbed a concentration camp guard by the Talmudic trust-fund Trotskyites over a decade ago.

I’m anxiously waiting for the establishment’s astroturf “antifascists” to start framing Joker’s thriving market signal by the movie going masses as an expression of “anti-semitism”.

But to recap a meme previously popularized by your XYZ, encouraging astroturf anarchists to go the way of Allende, there is an important point to be made in relation to Joaquin Phoenix’s Joker and the blood atonement he inflicts.

Lethally brandishing the gun at Gotham’s “awful” rich and powerful, it is a testament to the White incel loner when you realise that in real life the world’s rich and powerful are by and large the backers of the globalist system.

The very Communistic system that cheers on the extermination of White people. That dissolves families and faith. That incentivises disorder, distrust and indolence. That seeks to seize firearms.

As Communist dictator Mao Tse-Tung infamously stated “Political power grows out of the barrel of a gun.” Indeed it does, which is why Mao instigated mass gun seizures for Tikkun Olam.

I put it to you dear reader that the Joker is deservedly hated by the radical liberals, Anarcho- Communists and kleptocratic kritarchs whom want Whites in poverty. They want to nerf the occident so an anti-communist pro-fascist uprising is harder to take hold.