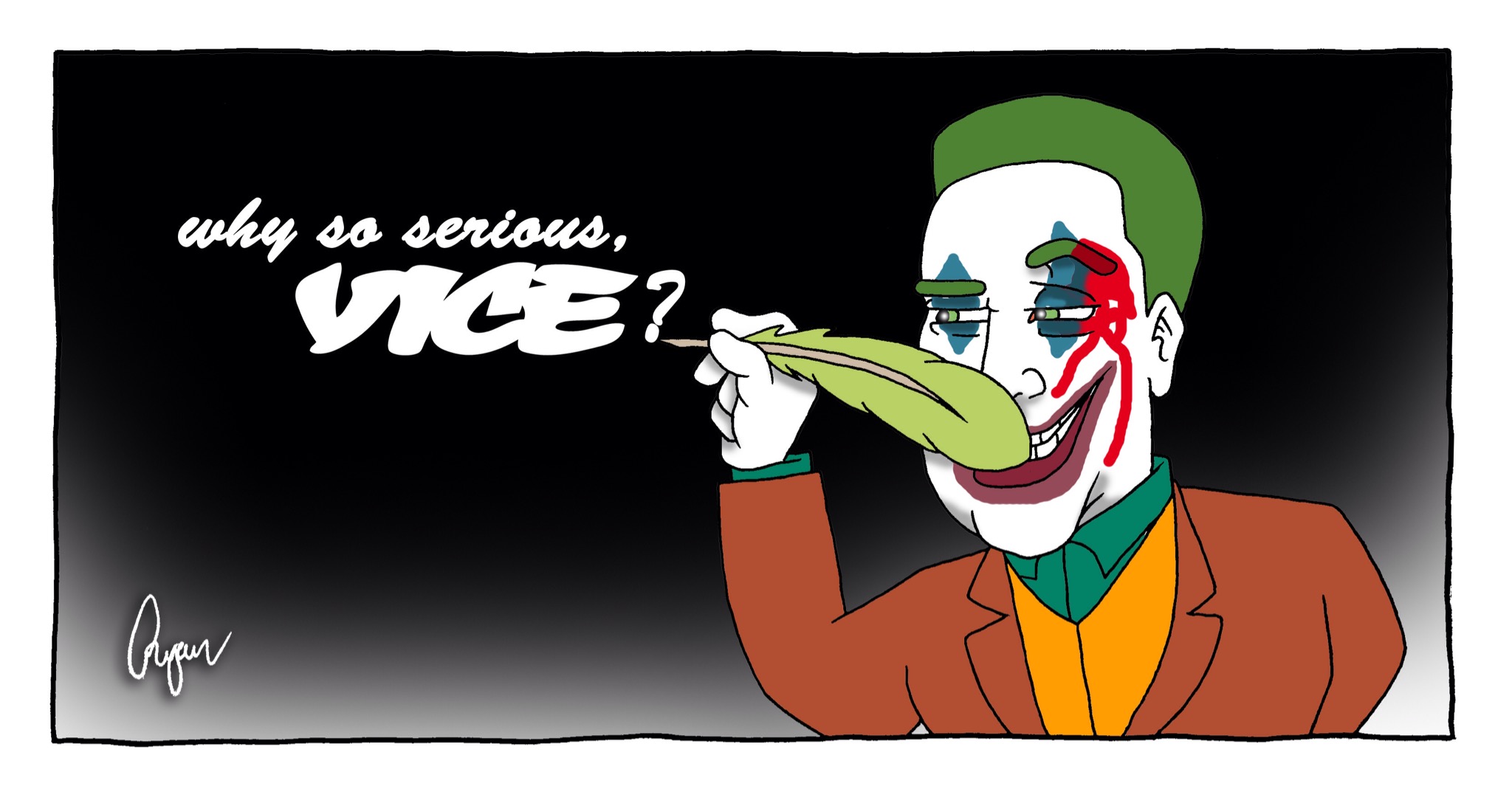 To recap on a previous post and a subsequent follow-up, it appears VICE News is worried about a new Warner Bros Film (Joker) which is directed, produced and written by Jews, as is the lead actor Joaquin Phoenix (Joker) who’s love interest in the film is Zazie Beetz (who plays mulatto single mother Sophie Dumond).

Since Joker premiered at the Venice Film Festival last month, critics have drawn parallels between the disturbed clown and the violent manifestations of white masculinity in contemporary America. Stephanie Zacharek from TIME criticized the pointlessness of feeling sympathy for another violent white male: “He could easily be adopted as the patron saint of incels.” Others argued that his willingness to answer emotional misgivings with public violence aligns him with mass murderers such as Charleston church shooter Dylann Roof and Sandy Hook gunman Adam Lanza. As Jessica Kiang from The Playlist put it, “It could be (mis)interpreted and co-opted by the very 4Chan/Incel/mentally ill loner element it purports to darkly satirize.”

The critics aren’t wrong in telling us exactly who this Joker is. He not the abstract comic book villain of pre-2000s. He’s more familiar and more human than ever, which makes him all the more disturbing.

Early in Joker, we’re given a near-skeletal glimpse of Phoenix as Arthur Fleck, before he transforms. He’s a socially awkward loner who lives with his sickly mother and works a dead-end job as a clown-for-hire. As an adult, he’s been beaten, bullied, and called a freak. He obsesses over the idea that he lives in a society that couldn’t care less about his problems. He grins through smeared-on makeup. He comes off as equal parts madness and pain.

So when Fleck eventually goes off in Taxi Driver fashion after a group of young men physically assault him in public, audiences are expected to believe that he had his reasons, however bad they may be. We know he’s the villain and we shouldn’t feel sorry for him, but we do anyway — which is confusing and terrifying.

As someone who has been physically assaulted and hospitalised by a group of Mark Bray’s cultists (ANTIFA), who collude with VICE News and other outlets like The Guardian, Huffington Post, Al Jazeera, The New Republic, Politico, ProPublica, Frontline, Newsweek, Washington Post and CNN, I can honestly say I’ve never had a bigger smile on my face than I do right now.

I mean it’s highly unlikely you’ll be reminded too often of these kinds of attacks by the aforementioned media outlets above, as their stock in trade is race baiting yellow-journalism intent on gaslighting the intersectional rainbow to “Kill Whitey”.

But if the Joker is to be cast as the pig system’s Psyop synopsis of the archetypal downtrodden White working-class male, then we’ll happily appropriate accordingly. One man’s trash is another man’s treasure.

For those of us who’ve gone through that “one bad day” (as the Joker would say) of having to swallow our pride and wipe the blood out of our eyes only to put ink to paper in reactionary defiance, we’ll gladly smile when ZOG proverbially burns.