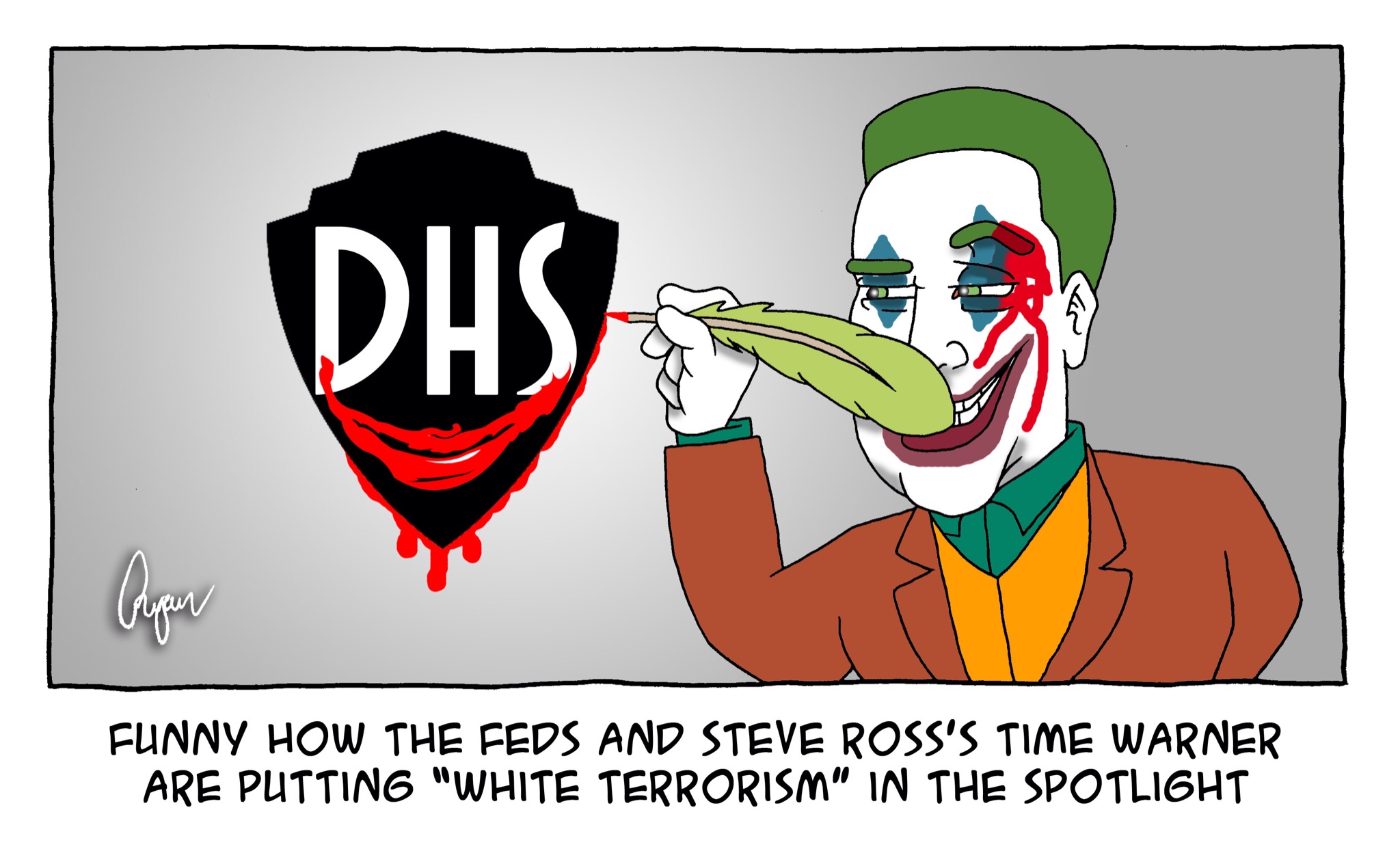 Joaquin Phoenix, the lead actor for the new Joker film, has walked out of an interview when
questioned about the White Terrorism looney Leftists are ascribing to the film:

Joaquin Phoenix walked out of an interview after he was asked whether certain scenes in Joker could inspire acts of violence in the real world.

The new film follows a man named Arthur Fleck, whose stability is rocked after he is disregarded by society. Despite Joker generating Oscars buzz and winning festival plaudits, a number of critics have voiced their concerns over some of the film’s more disturbing scenes, which show Fleck’s descent into psychosis.

Phoenix was asked by The Telegraph if he thought particular moments in the film “might perversely end up inspiring exactly the kind of people it’s about, with potentially tragic results”. Instead of answering, the actor walked out.

According to journalist Robbie Collin, as the actor left the room, he asked why he would ask such a question. Warner Bros employees eventually managed to talk him into returning to complete the interview.

Just to reiterate something from a previous write-up, Warner Bros (a subsidiary of Time Warner) naturally wants to avoid controversy over the terrorism question given the history of Warner’s founder Steve Ross in relation to the malevolent governance by blackmail and murder.

Yesterday your XYZ highlighted that the U.S. Department of Homeland Security, created after Israel did 9/11, has now labelled “White Supremacist Terrorism” as a major security threat.

I can’t help but feel there is some coincidental coordination with the Federal Agency and the film’s creators given what we’ve seen previously.