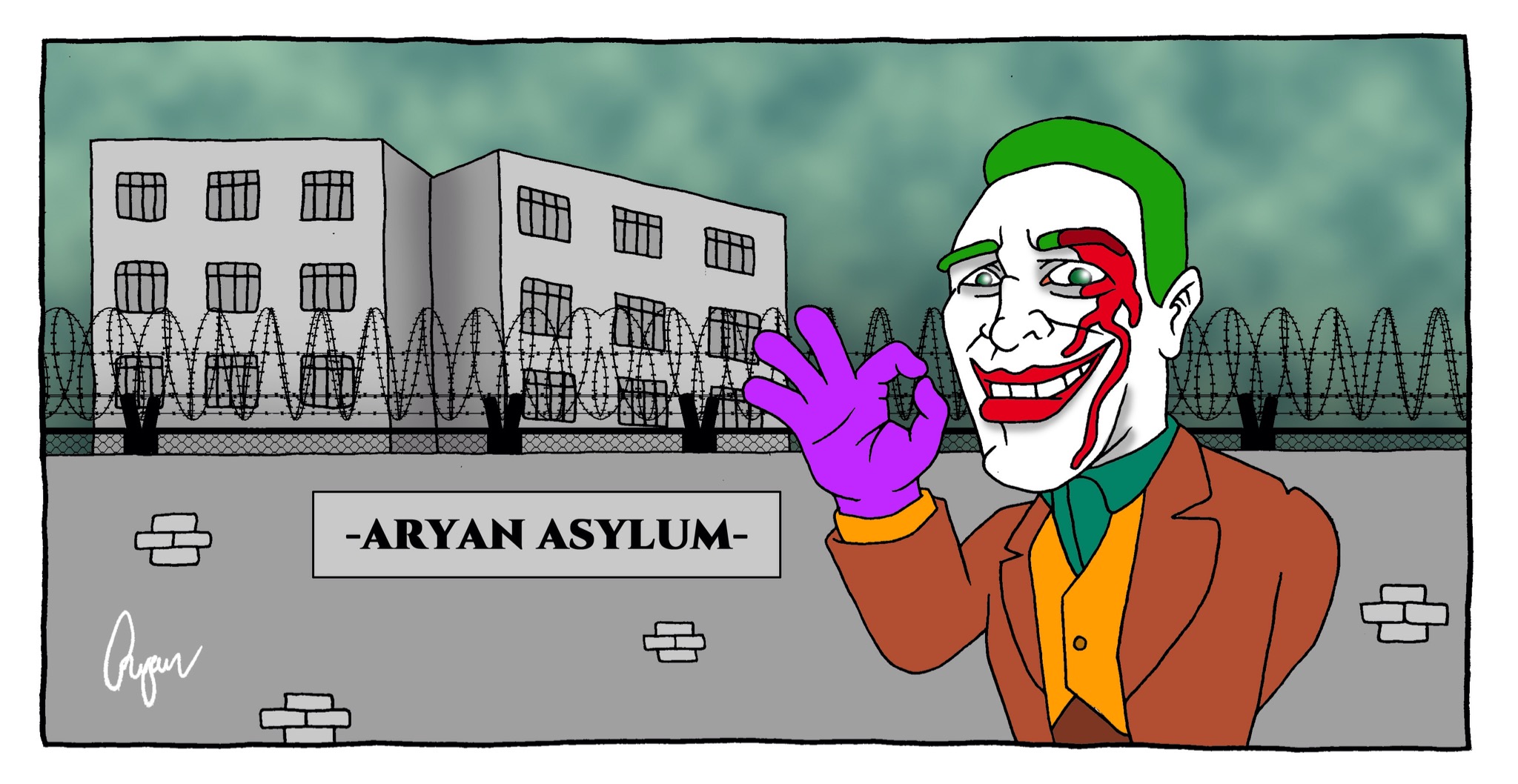 Following on with my motif for the month, it appears the liberal media are continuing to handball your humble Risperidone junkie with a psychiatric circus label a meme worth capitalising on:

From the Irish Independent:

Joaquin Phoenix plays the title character, who starts out as loner Arthur Fleck, a clown come failed comedian, whose experiences in life twist his psyche to the point where he develops his manifesto and fully inhabits his terrifying Joker alter-ego. Reviewers have praised director Todd Phillips and Phoenix for his portrayal of the legendary character, but some have expressed concern about how the character may be interpreted by some members of the audience…

Certainly in the current climate, particularly in the US, where hysteria about, and fear of, lone, active shooters and their motivations are at a nerve-jangling peak, a film featuring an isolated white male with homicidal tendencies is bound to cause unease…

One of the seemingly more measured takes on the film comes from Christina Newland in The Guardian, who argues that while it is a “real possibility” that Fleck may spark copycat violence, the alarmist reactions to the film, (it has been labelled ‘right-wing’ in some quarters), miss its subtler points; “Joker is a smart, stylish, and troubling film: the man it depicts is a product of our current era.”

Product of the current era indeed! The “terrifying” grass-roots right-wing are cast in the current year as the blood libel for plutocrats like Time Warner (the media empire started by deceased tycoon Steve Ross owning the rights to the DC universe) and it’s Mega Group mates, as well as the transgender techie communist coders advocating for Liberal Democracy.

It’s these same characters that’ll gladly give us a YUGE border wall, so long as said wall surrounds an Arkham Asylum style gulag in which to house “aberrant” Aryans who’re ostensibly guilty of every “pre-crime” committed against the Noahide Laws of globohomo.

Should we be surprised that the manifesto-scribing White heterosexual males crazy enough to believe in objective reality, two genders, a difference between men and women, breeding impacting genetics, occidental enforcement and a zeal for the Christian faith are the archetypal nemesis of a Jewish comic book hero?