There’s barely a day that goes by that the vermin working for the ABC don’t churn out some cancerous column that makes me wish employees of the national broadcaster aren’t systematically shipped off to camps for re-education (seriously how much has all their toxic University debts cost us?)

Take this latest one by Lauren Rosewarne:

“Greta ticks all the boxes. She triggers the troglodytes among us in some wholly predictable ways.

She’s a girl. To say our culture hates girls is, of course, an overstatement. Afterall, we enjoy looking at girls and having them sing and shimmy for us….

But she’s not just a girl. She’s a girl with Asperger’s. And Asperger’s is commonly perceived as a disability.

And the disability frame means she’s not neurodiverse. Her differences aren’t what make her different — make her amazing, rather.

She’s rejected as fanatical. As a single-minded obsessive. As someone who keeps banging on about the same thing over and over again after everyone else has left the room.

This enables Greta to be brushed-off as not comprehending nuance, of not “getting” social cues. As failing to understand how the world really works.

As being not only naive, but as a bit “broken”. Certainly too broken — according to haters on the internet — to be listened to about policy matters.”

Rosewarne is an obese pig identifying as “a Senior Lecturer at the University of Melbourne, Australia. She is the author of seven books, most recently Cyberbullies, Cyberactivists, Cyberpredators: Film, TV, and Internet Stereotypes, and specializes in gender, sexuality and popular culture.” 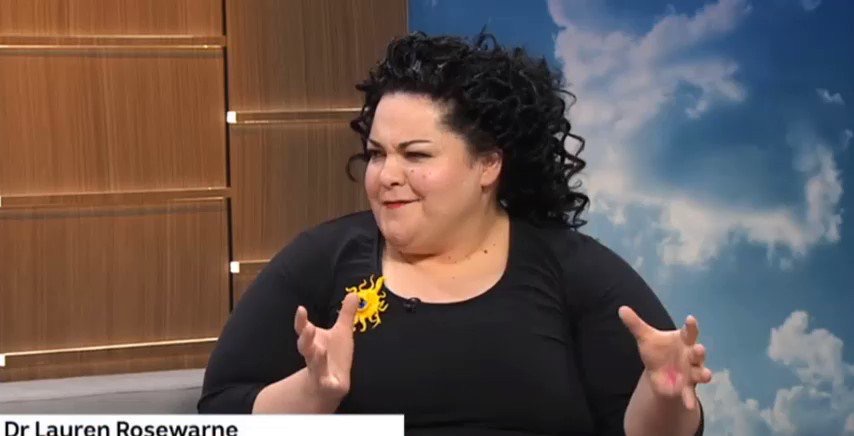 Acolytes of the Rosewarne ilk are the types of people telling us that toxic masculinity is just the worst, particularly when it’s a 5-year-old White male with autism.

Refer to this write-up at the Daily Stormer for further insight.

In all seriousness though, Rosewarne and her paedophile allies are the worst kind of people, and if there were any justice in the world they would be the ones getting put on a sex offender registry and put in prison for treason to our planet!