There is no wall.

She’s not locked up.

The pedo swamp has more critters than ever.

America has not been made great again.

Want to stop white nationalist attacks? Treat them like the terrorists they are. They are not mentally ill. They are hateful https://t.co/um2J7z42Vf

I suspect that Jamal down in the Chicago projects isn’t the target of red flag gun laws. This is about going after the real terrorists: white men.

For years I’ve said the largest terrorist group in
America are the Christian Extremists bka racist white men and women . #homegrown #savage #noweapon
White supremacists and Islamic State recruits have more in common than you might think https://t.co/xeHb2ZylkI

But no. We’re just terrorists.

And here in Australia, the agenda is the same. We’ll be betrayed by those same lying ‘populist’ politicians we thought were on our side. They use ideology as a cynical rhetorical device to ensure us numptie proles vote them back in every four years, and they laugh at our stupidity. If it were not so, NSW’s supposedly conservative government wouldn’t have just passed the most radical baby murder laws in the world. And the supposedly ‘liberal’ federal government would not have just begun the process of banning cash to prevent bank runs when they introduce negative interest rates in response to the imminent Global Financial Crisis 2.0.

The blue team and the red team both play for the same people, and will both implement the same agenda, just with different rhetoric. And the agenda is get whitey.

Any fact that goes against the globohomo orthodoxy is hate. If any politician said otherwise they wouldn’t be a politician for long, because they’re not the ones in charge.

Australian Home Affairs Minister “said many online media companies were operating out of Russia or other countries where the rule of law does not apply in the same way as western democracies.” https://t.co/bVev4eD8Bk

The language coming from the mainstream media and the political class makes it obvious where this is headed. We’ve seen it before. Everything that’s been said about what happened to the Jews in Europe in the 30s and 40s is now being done to us. The usual dialectical tricks of projection and inversion are being played to engineer the desired outcome. Problem. Reaction. Solution.

The propaganda is working overtime to demonise and vilify white men, and if we react to it at all, they’ll throw us in jail. In the countries we built.

Sydney Morning Herald: “US in the midst of a white nationalist terrorism crisis.” https://t.co/nKQW2r1P6K

The same group of people who control the media and who brainwashed us after 9/11 into hating Muslims is now brainwashing everybody to hate us as we wake up to the brainwashing.

And Trump is doing absolutely nothing to stop the agenda. All he does is provoke the left with his rhetoric and then enable them with his actions. He’s the perfect villain the left needs to stir up hatred against conservative white men which in turns makes us angry which then makes us lash out which then gives the media ammunition to vilify us which Trump then inflames with his fake, empty, meaningless slogans that lead nowhere and fix nothing.

.@maddow looks at the history of landmark cases in which victims of violence by white supremacists acquired money or assets from the groups that victimized them, shutting them down. (1/8) https://t.co/QrP6n68a0l pic.twitter.com/ESO43rtnW2

And we go along with it, because we’re desperate.

We’ve got an entire establishment media complex screaming at us that we’re racist, and all we wanted to do was play video games. But they wouldn’t even let us just have the video games.

President Trump called out white nationalism, a motivation tied to the El Paso shooter, and implied intense video games were a catalyst to such violence. @oneunderscore__ joins @AliVelshi and @SRuhle to break down the latest developments.https://t.co/acgSiB60kJ

So we supported the bad orange man.

And we got played.

Trump warned us that this was his role. We just didn’t listen carefully enough.

He was talking about another group which Christians in the West brought in from the cold of Eastern Europe, then idealised and idolised.

The social engineers who control the postmodern world knew that, as the debt-based system they created to farm the planet collapsed, there would be a popular uprising. They knew that decades of cultural Marxist hatred against whites would generate a white nationalist reaction, and so they astroturfed a fake resistance to keep white conservatives on the plantation long enough that they wouldn’t become a threat before the replacement was complete. The energy of this reaction to cultural Marxism has been hijacked to instead advance the Zionist agenda to destroy the Middle East and establish Greater Israel as a world power.

Now they’ve got a generation of BASED MILLENNIALS fighting for their FREEDUMBS against those DEMONCRAT NAZIS to help them do it. 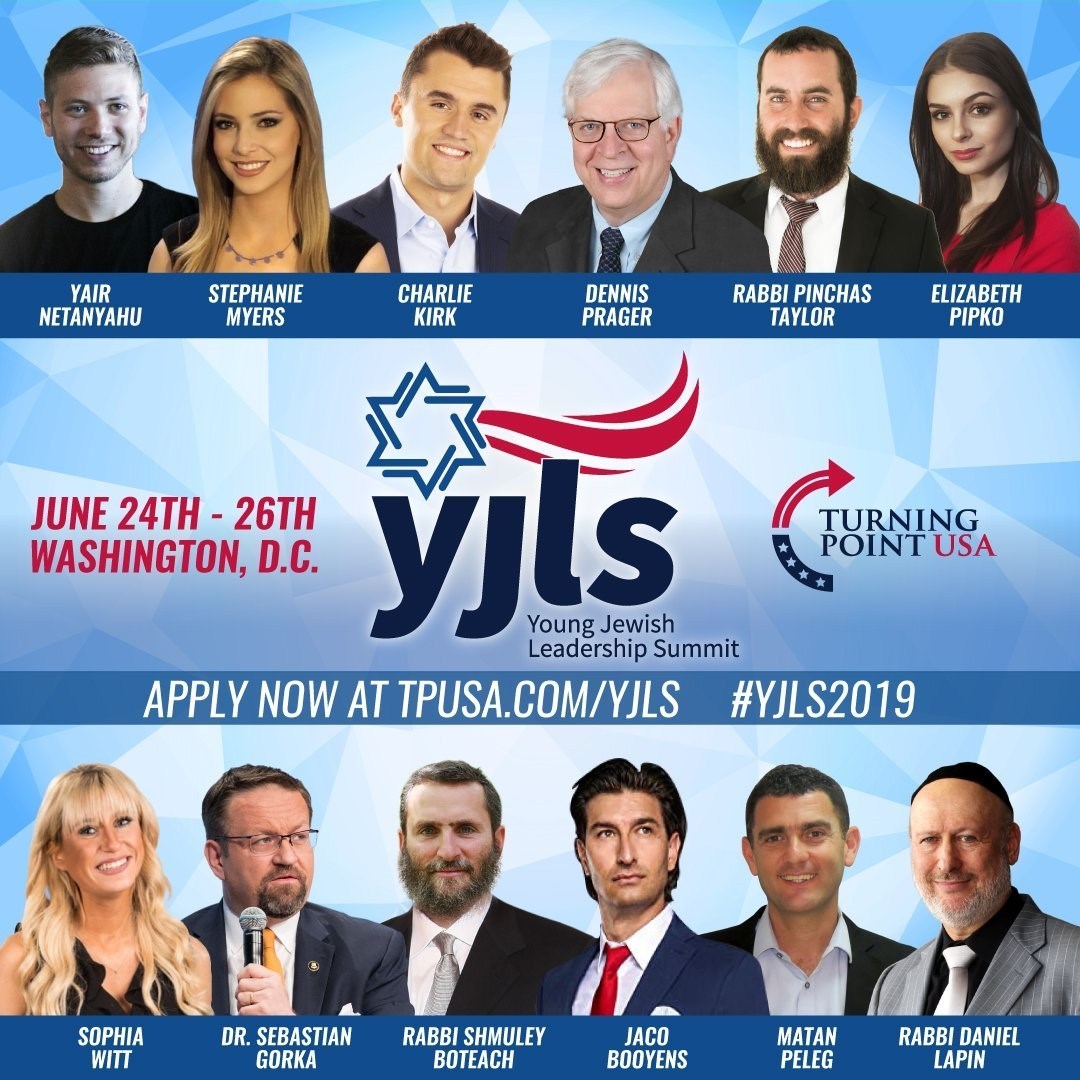 Rabbi Shmuley Boteach, bottom centre, was Michael Jackson’s sex therapist during the period in which Jackson has been widely accused of pedophilia. He’s also a member of Chabad Lubavitch, the radical orthodox Jewish organisation which believes in Talmudic doctrines such as that Jews are a divine species and we goyim are an animal species. They believe that when the moshiach appears, which will be soon, all the world will come under the divine leadership of the Jews, who will be worshipped at the world capital in Jerusalem. All goyim who do not then submit to the Noahide Laws, which require renouncing Christ, will be beheaded.

Another luminary in this astroturfed alt-media sphere is Lindsay St James. She’s all for MERICAN FREEDUMBS. Which is apparently a recent development, as just a few years ago the Jewish ‘Lindsay St James’ was an online sex worker with a penchant for BBC and a hatred for white men. 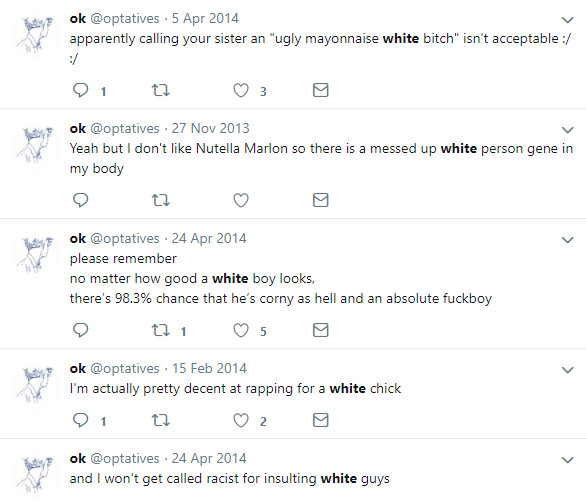 Oops. You can read about the entire shitshow here.

Everybody’s favourite Judeo-Christian is ready to fire up the gulags again.

Red flag laws are a good idea, but they also rely on a measure of public trust and assumption of good faith by your neighbors. Lack of that trust and good faith is being demonstrated daily.

Wherever you look with this ‘populist’ revolt against the LIBERAL NAZI elite, you see Jewish influence. It’s not organic. It’s fake. It’s a funnel to redirect our energy to serve someone else’s agenda; and it just so happens that the ‘someone else’ pretty much caused or exacerbated most of the things we’re pissed off about in the first place. The only thing that’s real about this populist political movement is the legitimate rage of white people being vilified, marginalised and ultimately pushed out of the societies they built.

Special Envoy Carr: It is an honor to work on this issue as part of an Administration committed to the fight against anti-Semitism, to the protection of the Jewish people throughout the world, and to the support for the Jewish State. pic.twitter.com/Y8vnFq82j8

The true reason, of course, is that Sheldon Adelson & Trump’s other massive donors are all Zionist fanatics committed to the destruction of #Iran & #Syria to further the Greater Israel #Yinon Plan.https://t.co/Bpu57eLJzB

Trump is the reality TV star the Zionists needed to get Christian America to hand over what’s left of their blood and treasure for their Israeli masters. This is not a statement of hate against the Jewish people. They’re going to pay the highest price for this diabolical deception. It’s not a statement of hate against anyone. We’ve been hating each other for long enough. It’s time to stop hating, to stop letting our anger and frustration be weaponised against us.

All of this will come to a head in Jerusalem. These radical Zionist lunatics will get their Third Temple, and my Bible tells me that shortly after that, all hell breaks loose. White Christians are destined for persecution during that time, and white men in particular. The seeds of that hate are being sown now. But don’t hate back. We don’t need to.

There is no messiah this side of heaven. The cabal will keep throwing up fake populists who say beautiful things and do nothing, while the West collapses. There’s nothing we can do to stop it. There’s too much debt, too much decadence and too many of us who’ve forgotten what it means to live. Our societies are destined for destruction.

Get yourself and your family to a place outside the major cities and bunker down. Ride the collapse. Once we come out the other side, we’ll need men and women to rebuild.

And those men and women will know not to listen to snakes.