Anyone following the corporate controlled Zionist media’s narrative regarding Jeffrey Epstein getting “suicided” is probably getting that Wadsworth vibe at the moment:

Following on from my previous Food For Thought, there was some valued feedback I find worth reiterating here by one of our readers:

“The only thing that matters for the conversation is that he did not kill himself. That’s the talking point. That’s what redpills people. He had dirt of royals, politicians, business leaders, ties to the banking cartel and mossad, and now he has been disposed of.

“It is this narrative that will redpill. Getting caught up in the speculation of unknowables is divide-and-conquer distraction.”

Hence I put this little meme together for XYZers to ponder over as to “who” could’ve done this: 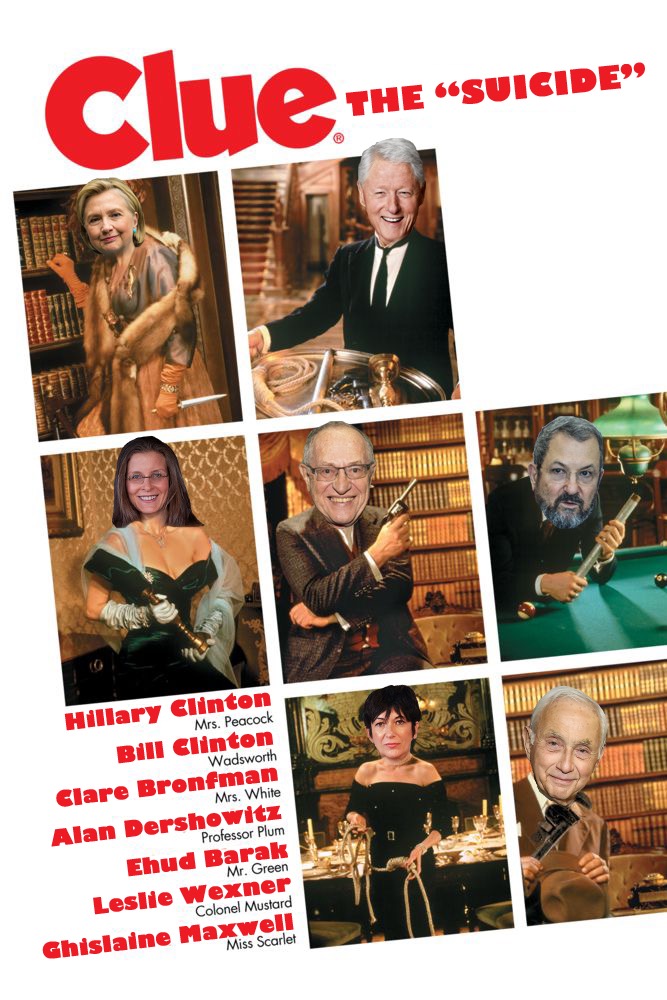