It’s amazing that in the current year there are still Christians who don’t get this. 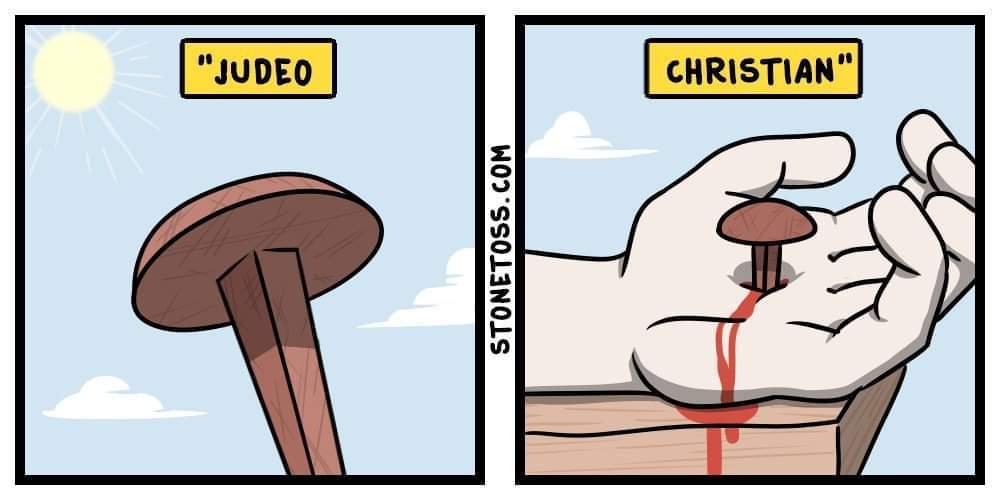 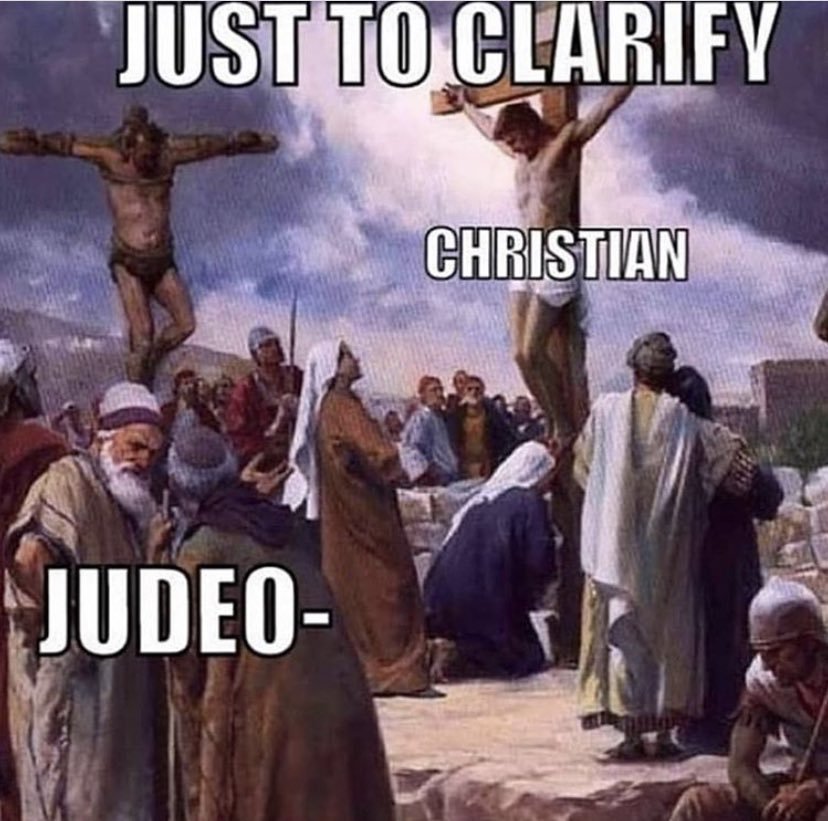 No wonder atheists think we’re stupid. The majority of Christians – decent, Godfearing, saved believers – will still recite faithfully what their orange evangelical heroes on TV told them about the Old Testament being Judaism and the New Testament being Christian.

It’s a lie of demons, and those fat wolves are going to spitroast alive for eternity for the deception they have perpetrated upon the church and the horrors they have enabled upon the earth, all to advance a fake theology for a fake religion centred around a fake country created for a fake race.

“I believe that the people of Israel are the chosen people of God.” -Jerry Falwell#qotd #quoteoftheday #totd #thoughtoftheday pic.twitter.com/MGP0nCecpe

A fake race who return this idolatry with contempt and scorn.

The cult of Christian Zionism is a Babushka doll of Yiddish lies, and to ascertain the truth about how Christians are to relate to what today are called Jews and what today is called Israel, we must begin taking apart each lie, one by one.

As I’ve written repeatedly, Judaism today is not based upon the Torah. It is antithetical to everything in the Old Testament. It is based upon the Babylonian Talmud, the ‘oral law’ of the rabbis which was a fusion of Canaanite blood ritual magic and the Egyptian and Babylonian mystery religion. It’s a mystery cult. That is what Jesus condemned during his ministry, and three centuries later Jewish rabbis wrote down their abominable beliefs in the Talmud.

Observant Jews today follow Halachic Law. They will say it’s from the Torah. Jews will say they ‘keep Torah’ or ‘study Torah’. They lie. They only follow the Talmud and Kabbalah. They never read what we call the Old Testament, and they think Christians are foolish to believe we can understand it without the Talmud.

Torah Judaism is the religion given to the Israelites through Moses, and was based around first the tabernacle and then the temples. The Torah Jews of the first century became Christians, because they could recognise the Messiah; only those who followed what became Talmudic Judaism remained Jewish.

If you’re a Christian and you ‘stand with Israel’, you don’t know your Bible. God is not a racial supremacist real estate agent. Read Galatians 3:16.

Talmudic Judaism is the religion of the rabbis which comes from the worship of the golden calf at the base of Sinai. It is based around synagogues, which only came into being during the Hellenistic Period just before Jesus. The word itself isn’t even Hebrew. It’s Greek.

Today’s Judaism is Pharisaism. Three centuries after the destruction of Jerusalem in 70AD, the rabbis wrote down their ‘oral law’ in the Mishnah and the Gemara. These became the Babylonian Talmud. Later, the Zohar was added, which laid down the principles of Kabbalah, which is sorcery. There is also a Palestinian Talmud, although it’s used less frequently.

How could there have been a Palestinian Talmud when Palestine never existed though…?

When Jews talk about ‘Torah’, they’re lying. They don’t read it and they don’t know it. Their religion is an affront to everything God revealed about himself to Moses and the Israelites.

The reality is, the Old Testament is Christian. If Jews followed the OT, they’d come to know the Messiah. Jesus said as much (John 8:31-47). God’s relationship with humanity goes back much further than the Jews of the first century AD, and the promise of a Messiah was first made to Eve (Genesis 3:15). Salvation was never given to a unique race; it was always to children of the promise who believed on the coming, present and (now come) Christ.

The bigoted, supremacist beliefs revealed in the Talmud are of course offensive to all goyim, however the blasphemous and Satanic beliefs and practices of Kabbalah are most shocking to Christians when we first learn them. Talmudic Judaism, as revealed in the Kabbalah, is a polytheistic religion. The primary deity in Talmudic Judaism is Ein Sof, who is genderless and without form. According to the rabbis, Ein Sof created Elohim, the God of the Bible, who is a hermaphrodite.

The deity the rabbis spend most effort seeking through their mystical practices, however, is Metatron. Even a cursory overview of the description of Metatron reveals it’s another name for the being the Bible calls Satan, the god of this world. He is the god of the Talmud.

Once Christians understand this, the great falling away we have seen in the church becomes more understandable. We have chased after strange gods.

We haven’t been fighting a futile, 50-year culture war against ‘the left’. We’ve been fighting it against Talmudic utopianism. That’s the spirit behind globohomo, and we have made an idol of it in the postmodern church.

‘Jews, no matter from which strand, have always been at the forefront of the LGBT movement’ 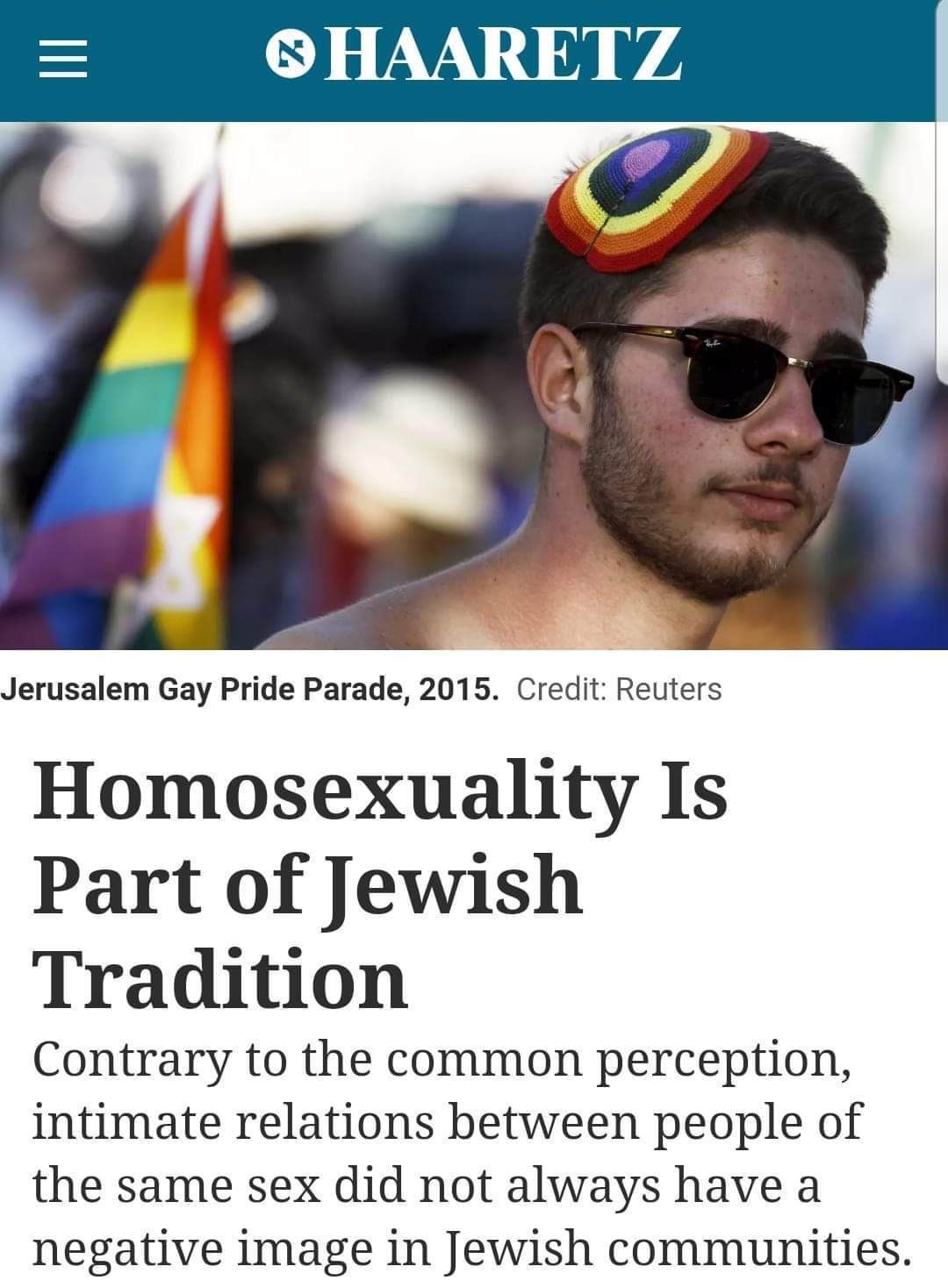 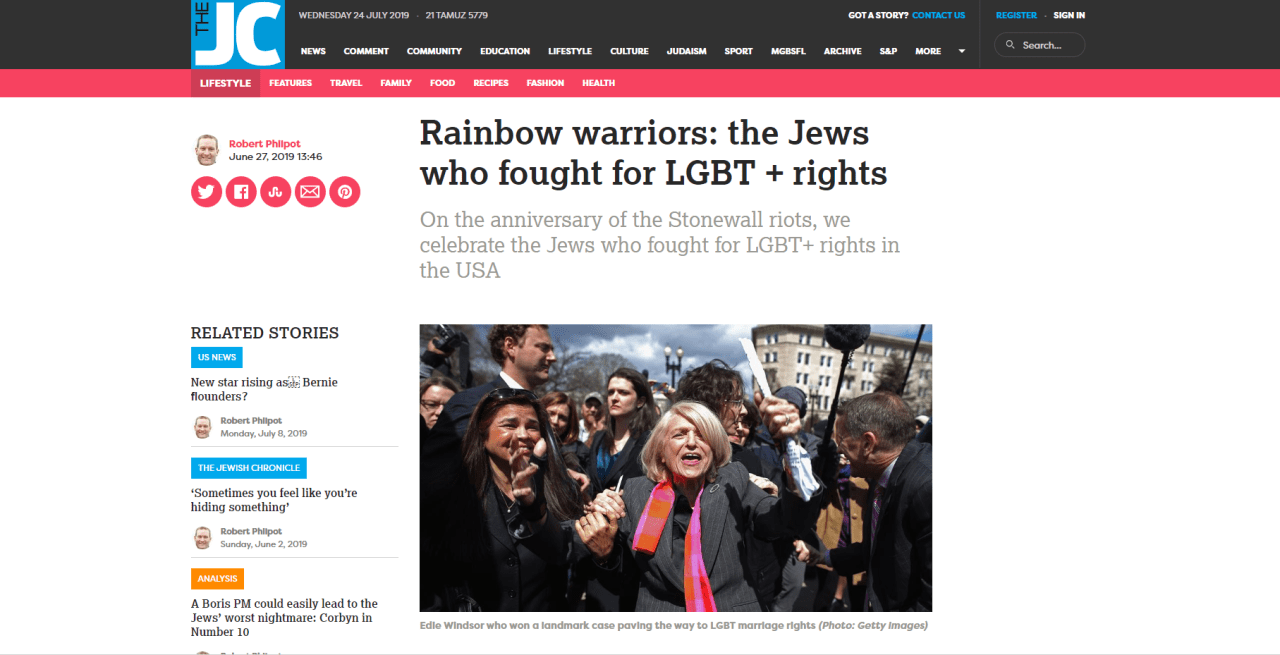 And this spirit hates Christianity.

Brilliant article about hard right religion (ACL) creating a phony war with LGBTQI community and its very real consequences- “I’m the gay grandson of a persecuted Jew; freedom of religion is not freedom to harm” https://t.co/w46GjgLTRx

The next step in censorship. https://t.co/rTPQp0GEcI

You can know a tree by its fruit (Luke 6:43-45), and the tree of death that is Talmudic Judaism is rotten to the roots.

As the focus on Roe v. Wade increases with the looming addition of Brett Kavanaugh to the Supreme Court, many volunteers say they are motivated by Jewish values and attitudes toward abortion, which differ from those of conservative Christianityhttps://t.co/tJOxRKEyoC 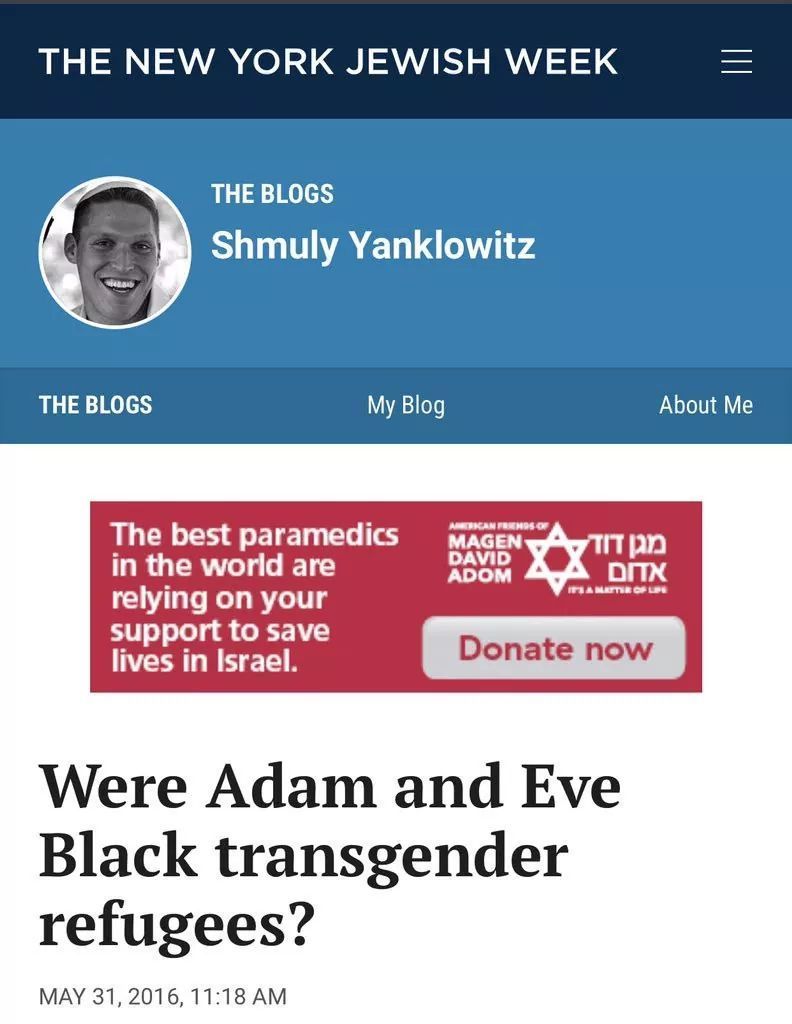 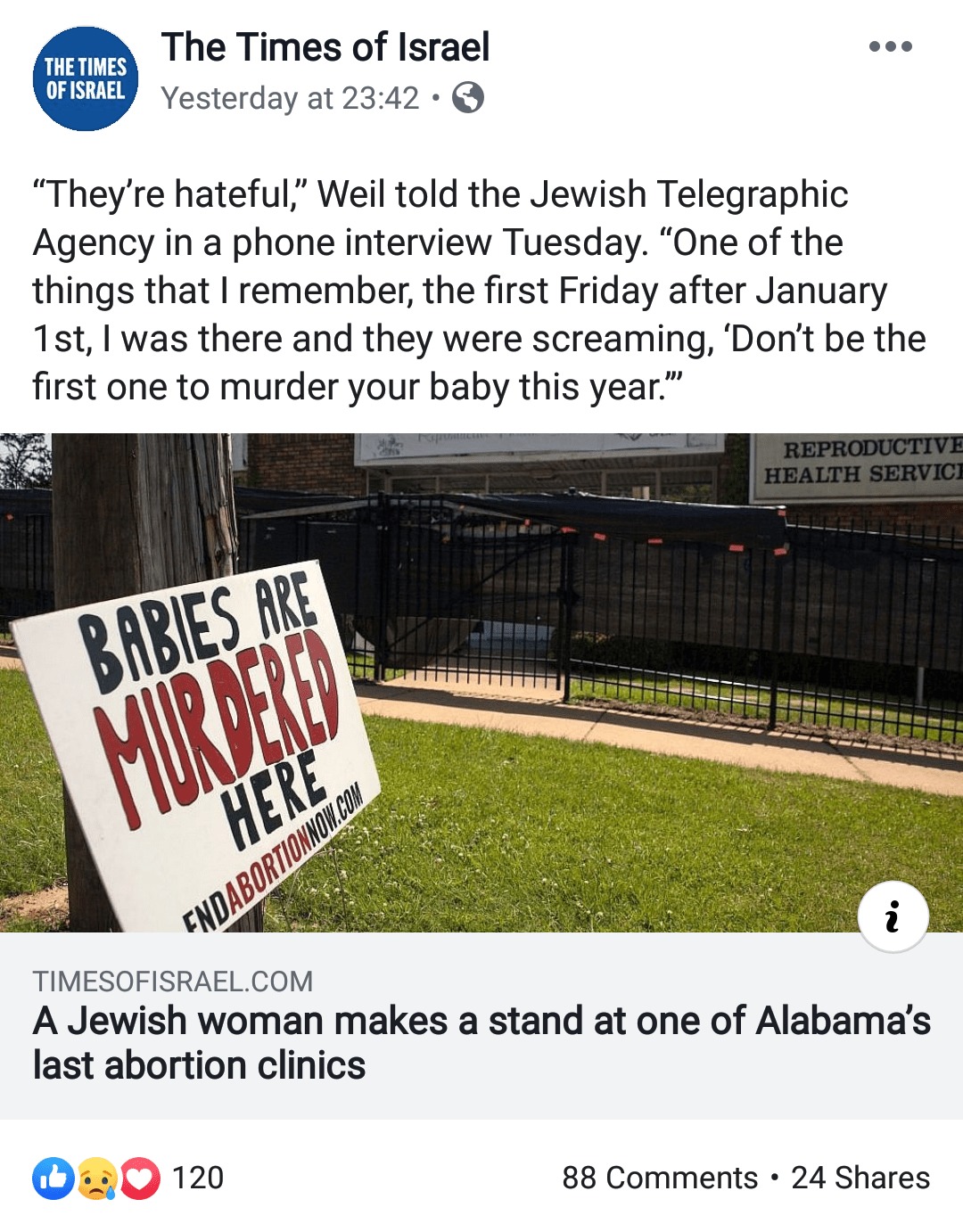 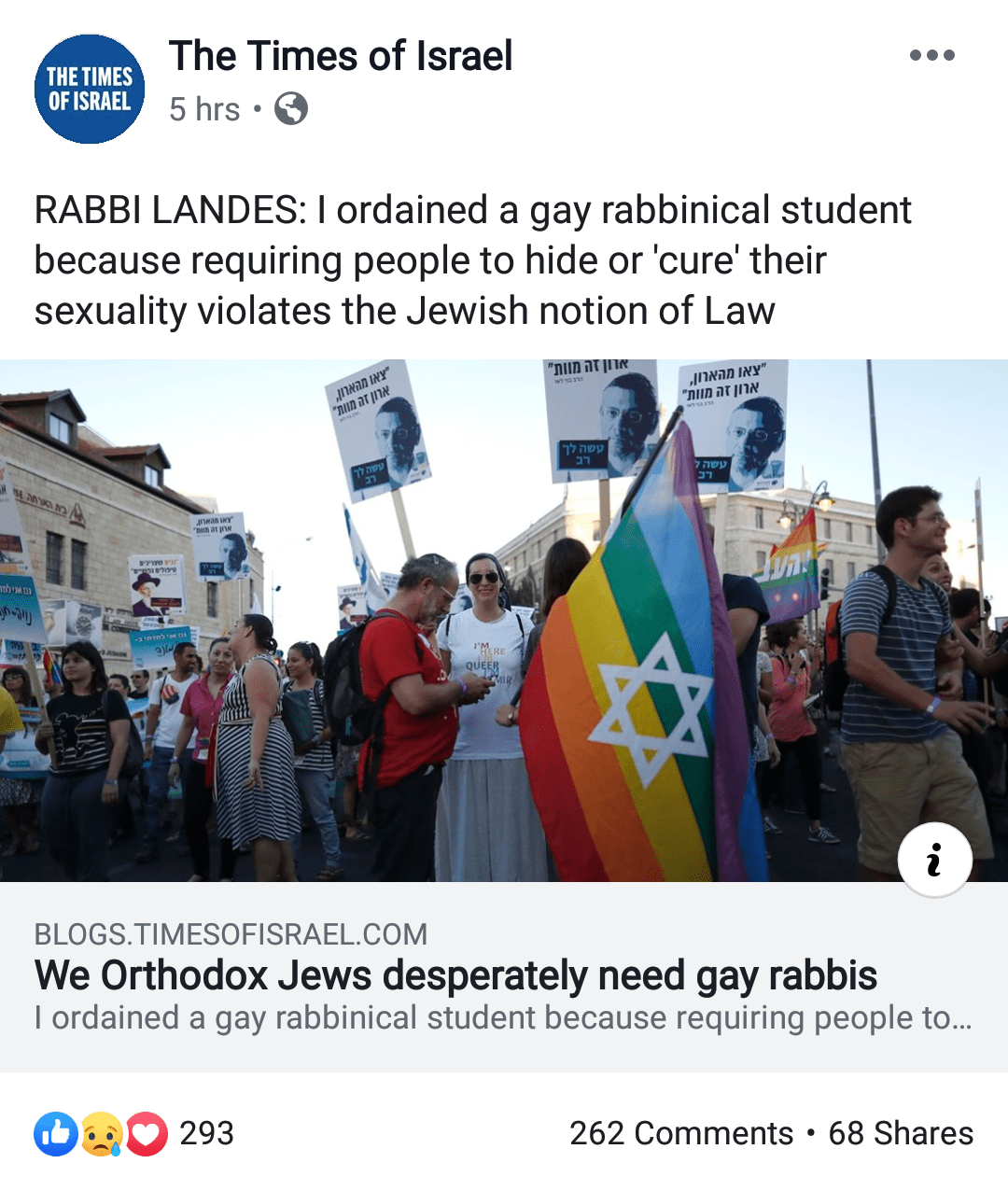 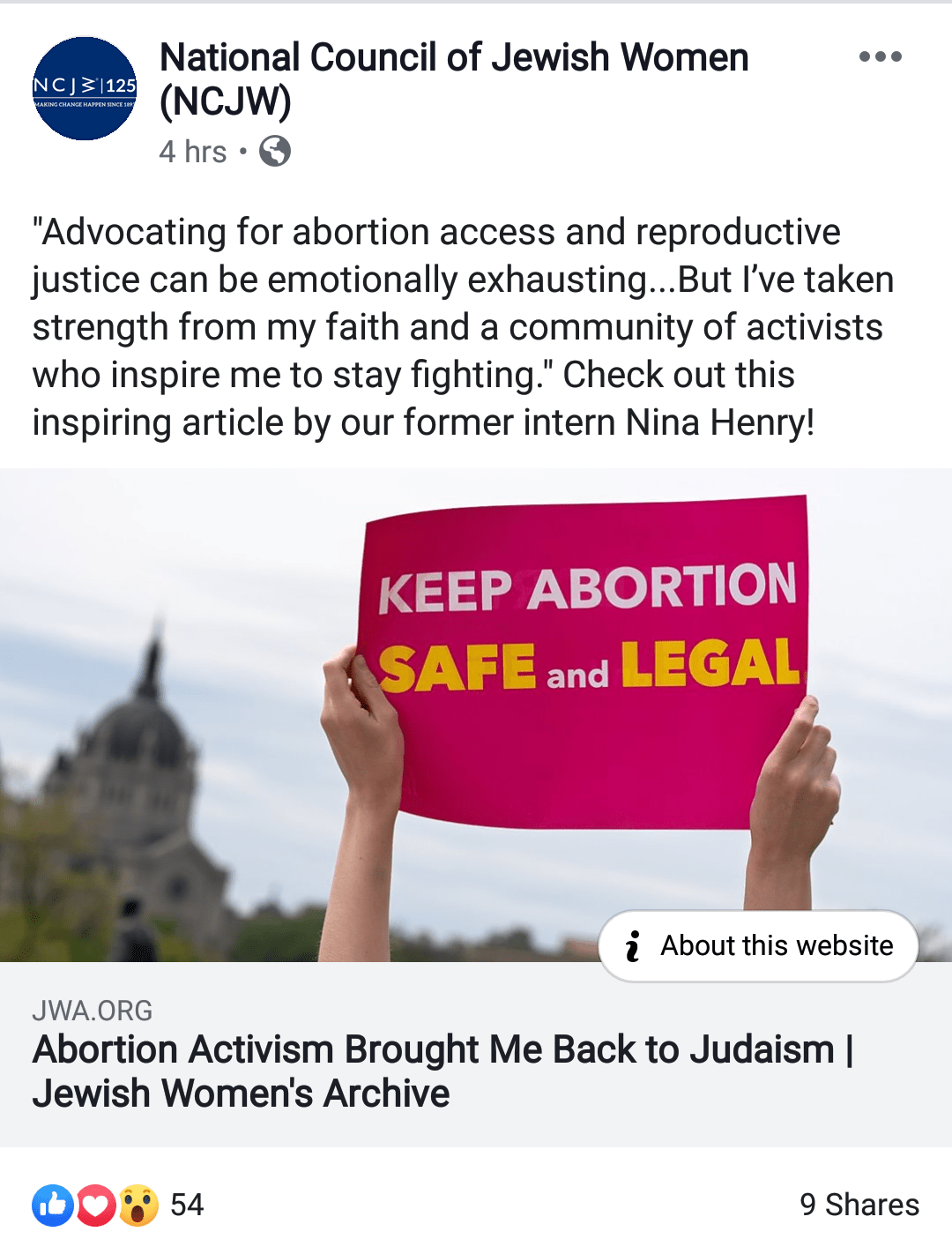 “Abortion would become, even more than it is today, a procedure for the upper classes: Women with the financial means to…

Posted by National Council of Jewish Women (NCJW) on Tuesday, 28 May 2019

“We have actively used our voice as a leader within the #Jewish community to help progress the discussion around #LGBTIQ #inclusion” – @BillAppleby1, CEO, Jewish Care Victoria.
Article via @aus_jewishnews pic.twitter.com/WcqixHLlHr

Foolish Christian Zionists believe that the Lord’s blessing is on ‘Israel’. Nothing could be further from reality. Even the Dead Sea itself is now dying.

One of the biblical wonders of our world is facing an almighty crisis. The ‘Dead Sea’ is drying up at an alarming rate.

An awful, evil deception has been perpetrated upon Christians since World War II.

FROM THE BLOGS: The message that everyone is welcome to enter through my door is at the heart of my approach to Judaism 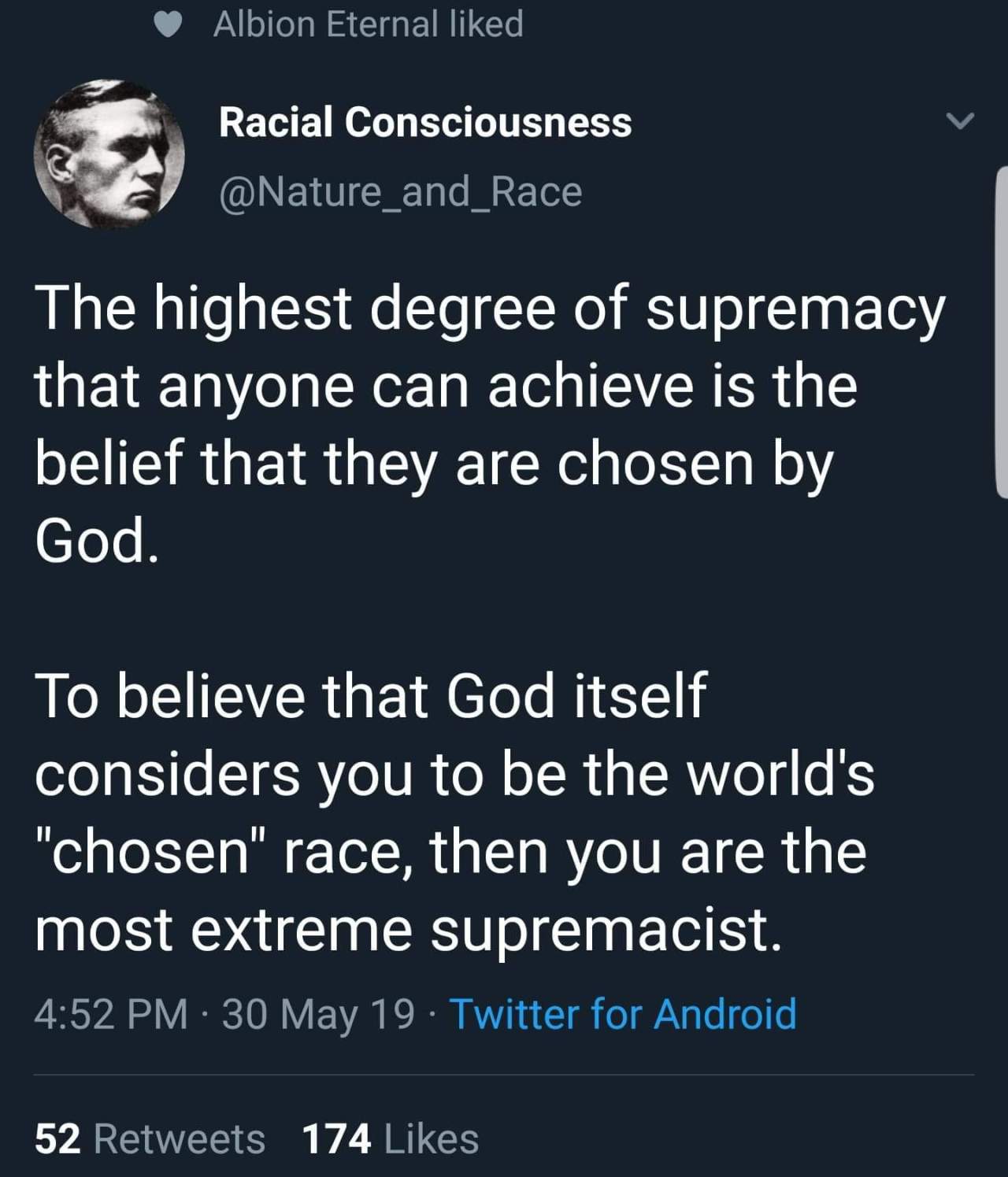 It’d be hilarious if it wasn’t so dangerous. Throughout history, Jewish people have refused to face the truth about how they perceive the rest of humanity and the role this plays in ‘anti-Semitism’. Maintaining supremacist beliefs and abominable practices secretly is a surefire way to make yourselves unpopular, and this has been the tragic pattern of historical relations between the Jews and the rest of humanity, not just Christians.

I spoke out against the persecution of Kaifeng Jews – a racially-Asian group of Jewish people that emigrated to China from Iran 1,000 years ago.

So, I was bombarded by people pointing to European Jewish expats who live in China safely. 🤦‍♀️

We have tried since World War II to solve this ongoing problem by pretending it doesn’t exist, and banning anyone from discussing the topic. This hasn’t worked. It has only built up the social pressure under the surface, and it will only take a mild rupture for the same cycle of violence and persecution to break out again. At this point, it seems almost inevitable, given that Muslims feel much the same way.

As a Christian, I am commanded by God to not hate Jews, but to witness fearlessly to them (Romans 11:28). Jesus also clearly showed us that violence is not the way God’s people deal with Jewish persecution (Luke 22:47-53). Although Talmudic Judaism worships Satan, he hates the Jews just as he hates Christians. The curse built into Talmudic Judaism serves the agenda of Satan to exterminate the Jews quite well, I believe. Jesus warned us of a terrible massacre in Judea just prior to His return, and this seems to be part of Satan’s plan for vengeance (Matthew 24:15-22).

The only hope for Jews is to come out of that accursed Pharasaic cult of the rabbis. Renounce it, and the curse it brings. Leave the self-imposed spiritual ghetto, while there’s still time.

Talmudism and Kabbalah may bring power in this world, but they also bring death. There is no love; only self. Empty materialism and shallow pleasure. To seem a king but be a slave.

And once you encounter the living God, you see it’s much better to seem a slave but live a king forever.