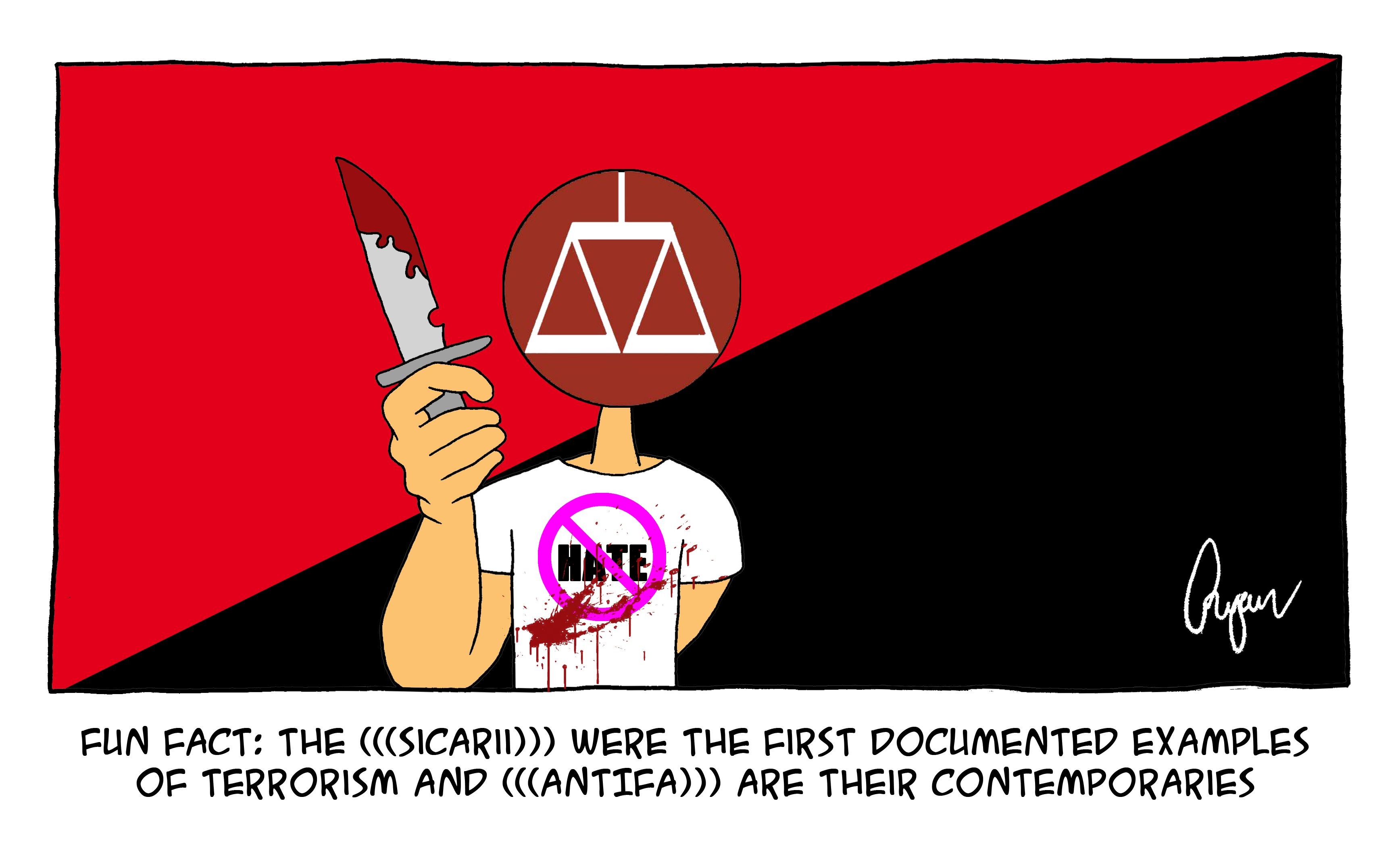 The Southern Poverty Law Center (SPLC) is wringing its hands over a Soviet style piece of legislation being proposed to accelerate the collapse of the United States of America:

Members of Congress recently introduced new legislation that would improve reporting on hate crimes and expand assistance and resources to hate crime victims.

The Khalid Jabara and Heather Heyer National Opposition to Hate, Assaults, and Threats to Equality (NO HATE) Act is in response to high-profile attacks on the LGBTQ, Jewish, Muslim and other communities.

Important to note that Heather Heyer was an illegally assembled communist rioter congregating to cause violence against citizens exercising their constitutional right to attend a legally permitted demonstration. Hence she is no martyr.

Meanwhile in Portland, Oregon the SPLC’s meth-addled Marxist mates in ANTIFA have recently assaulted Andy Ngo, a conservative homosexual Asian journalist who is an editor for the centrist publication Quillette. Quillette you may recall published a report by Dr. Eoin Lenihan in May outlining clear-cut collusion between ANTIFA and the corporate fake news media cartels.

ANTIFA, a Sicarii-style terrorist group characterised by The Forward as “A Jewish Anti-Nazi Militia”, is presently being passed-off by Haaretz as a “self defense” force against “Fascists”.

In the case of protest scenarios, especially in Portland, there is evidence of collaboration and collusion between far-right protesters and police with officers engaging in friendly banter with far-right leaders via text message and police logs indicating the targeting of anti-fascists while ignoring armed alt-right activists.

In this context, antifa activists view their actions as the only means of defense against a demonstrable threat from fascist activists. Militancy becomes a move designed to match the violence of far-right activists with a counter-veiling force.

Apart from the fact that Portland is a Left-wing Democrat sh-thole, rife with drugs and degeneracy, ANTIFA have long been identified (way before “Unite The Right” rally in Charlottesville) as the instigators of initiatory violence.

With backing from the liberal business/political/financial class, Silicon Valley tech sector and elements within the State “security services”, ANTIFA have been provided impunity to destroy the lives of those who oppose globohomo (while touting taqiyya that tells the public they’re “the people against the System”).

Your XYZ are no stranger to the evil that is the SPLC or ANTIFA, and if you want to know what motivates their egregiously fallacious title of “NO HATE Act” you need only reflect upon this quote from Sam Hyde:

“Do not forget that these people want you broke, dead, your kids raped and brainwashed, and they think it’s funny.”