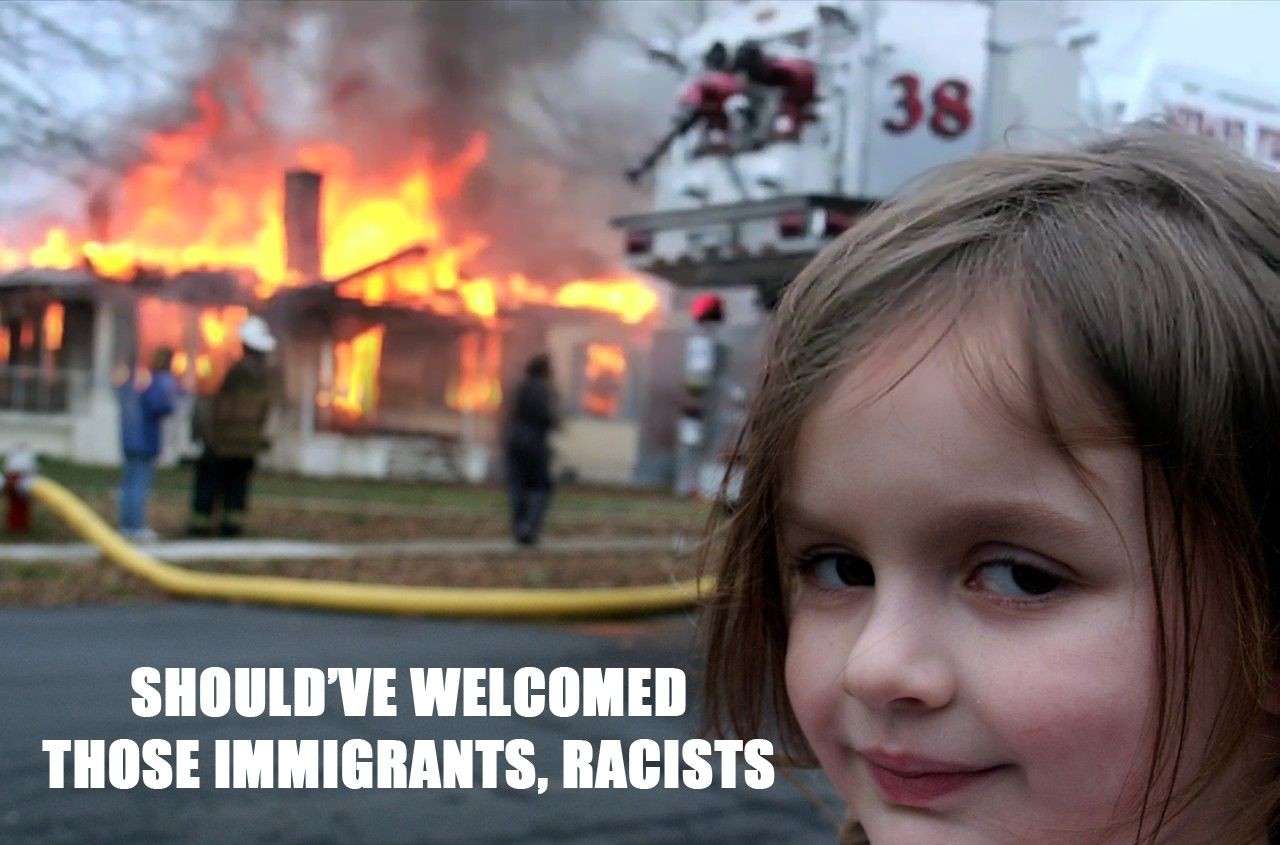 A headline that popped up in my MSN feed this morning has had me chuckling for the last hour or so. Brace yourself:

Immigration lifts house prices by increasing demand for an already limited supply of housing and anti-immigrant communities were excluding themselves from this benefit, Deakin University researcher Chris Doucouliagos said.

“In theory, if people are more predisposed towards immigrants there may be a higher price as well, but we found that those areas with negative attitudes get a lower increase in house prices,” Professor Doucouliagos said.

All communities, no matter their attitude to immigration, benefited from its effect on home values, but those who didn’t want new migrants moving in benefited less, he said.

Some studies in the past had claimed the inverse, that immigration drove down prices, Professor Doucouliagos said.

Now far be it for me to accuse Chris Doucouliagos of not knowing what his talking about. After all he has worked as a research economist for the ANZ Banking Group and served on the Board of Directors of the European Public Choice Society (which held its 2019 meeting in April at the Hebrew University of Jerusalem, Israel).

Yep, Israel. So you totally know there’s nothing suss going on (wink).

Now if we ignore all the problems we’ve had with importing a waves of people from places where the average IQ is squarely in the double digits (whom put downward pressure on our economy by being a welfare burden on the three digit IQ tax-payers), how exactly does Chris Doucouliagos explain away the domestic demand of the people with “poor attitudes to immigration”?

Is Chris suggesting that those with the “poor attitude” aren’t reproducing at replacement levels because of Talmudic abortion, feminist devaluing of the family and getting our folk killed fighting wars for Israel?