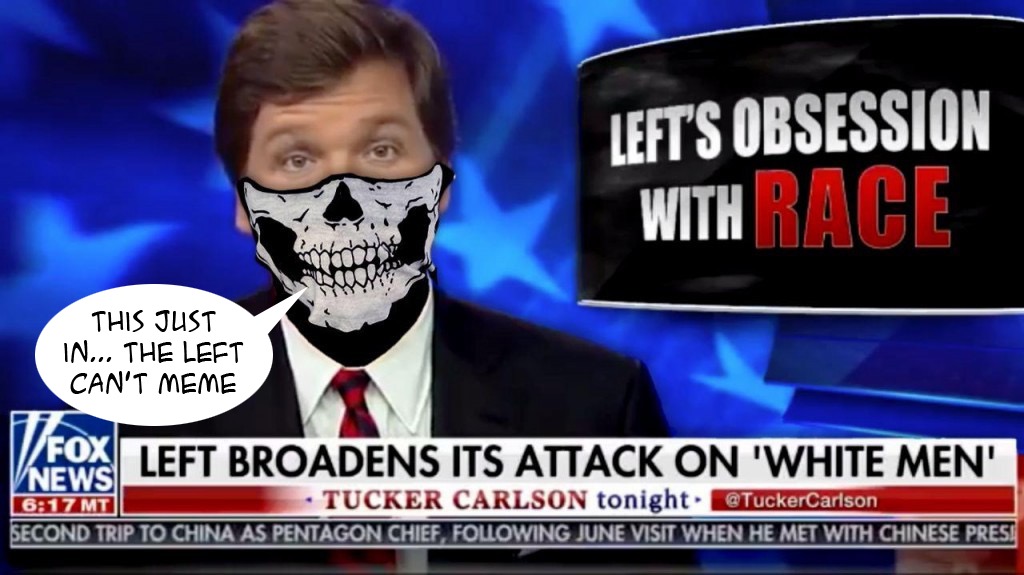 Following on from XYZ editor David Hiscox’s article yesterday, Salon has come out this morning with an article that should make those of us on the dissident Right laugh:

Since Trump was elected, the Fox News programming that promotes white nationalist ideas has slowly grown both in airtime and in severity. At Salon, we sounded the alarm in the early months of Trump’s presidency, when prime-time Fox News host Tucker Carlson began to experiment with segments that used euphemisms like “Western civilization” to package the idea that white people are inherently more civilized while people of color are a threat to national stability.

Since then, Carlson and many of other Fox News pundits have only grown bolder. “Replacement theory” — the white nationalist idea that has spurred multiple terrorist attacks, holding that white people will somehow be removed and “replaced” by people of color — used to be confined to fringe neo-Nazi websites with atrocious early-2000s design aesthetics. Now that’s become a regular feature of slick Fox News segments, which suggest that immigrants of color are “invading the country” and can never be “fully American,” and that demographic changes from immigration are “more change than human beings are designed to digest” and inherently a threat to “your neighborhood.”

Salon’s screeching follows on from a televised segment by Tucker Carlson last week that has had Leftists going into a nuclear tier meltdown since (as it was apparently “racist” and stuff).

The full video of the segment is being repeatedly taken down by YouTube CEO Susan Wojcicki and flooding the YouTube search results with Left-wing twits commenting on the segment (as well as the talking heads from the fake news media cartels).

The strategy of these lunatic Leftists is to shift the Overton Window back in their favour. Hence if they say Tucker Carlson is an evil “Nazi” then they can boycott Tucker’s show and conveniently not get destroyed by his articulate and witty demeanour.

Unfortunately for these Leftists Tucker Carlson is one of the most popular personalities on television in America (and that’s not even quantitating his international online impact). Calling Tucker a “racist” and a “Nazi” is basically making these buzzwords into a badge of honour, and making Leftists look even more unhinged (if that is possible).