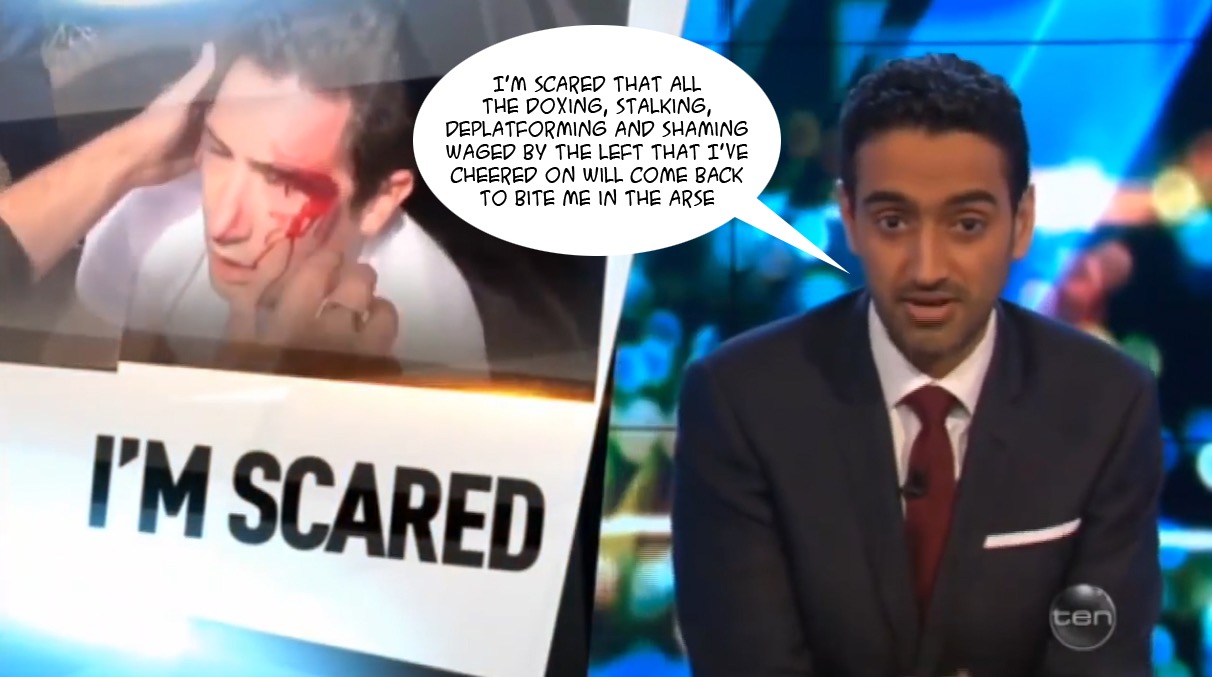 Hands up if you’re shocked that Waleed Aly isn’t happy about the Australian Federal Police (AFP) raiding the ABC. What’s that, not a sane soul with a three digit IQ is prepared to raise their hand? I’m flabbergasted by that one LOL.

“Hands up who’s worried about the fact that the Australian Federal Police has spent a good portion of this week raiding journalists who’ve published stories that are clearly in the public interest. That isn’t a rhetorical point, by the way. I’d really like to know, because I suspect that if the entire nation were gathered in a room, there would be very few hands raised.

“I suspect this because I see a public culture that has systematically become less and less interested in the very idea of excessive state power. Thanks to a cravenly bipartisan political scene and a media landscape increasingly without the resources or inclination to scrutinise dull legislation, there’s almost no public debate of anything that can be vacuumed up under the heading of “national security”.

“Ours is an era in which cliches like “better safe than sorry” or “if you’ve done nothing wrong you have nothing to fear” are actually good enough.

“According to last year’s Essential survey, the federal police is now the most trusted institution in the country. More than the High Court, the Reserve Bank, or importantly, those institutions raided this week. State police come in second. That our most trusted institutions are also among our most opaque tells us that we no longer place a premium on notions like accountability. We now have a militarised, security-based culture in which we presume the organisations that wield hard power do so appropriately. Being intimidated? Seems the public mood is that you probably deserve to be.”

Here’s the thing Waleed, you and your “journalist” mates are as clued into the public pulse as you were with predicting 81 seats for Labor during the Federal election. The expansion of surveillance powers is something you and your mates only have an aversion to when they’re not being wielded by the likes of ABC contributors like Julie Nathan.

Waleed, I doubt much will come from this raid other than something to lend credence to your puff piece for the plebs, but in my opinion the war isn’t over until “Aunty” and its allies sing.