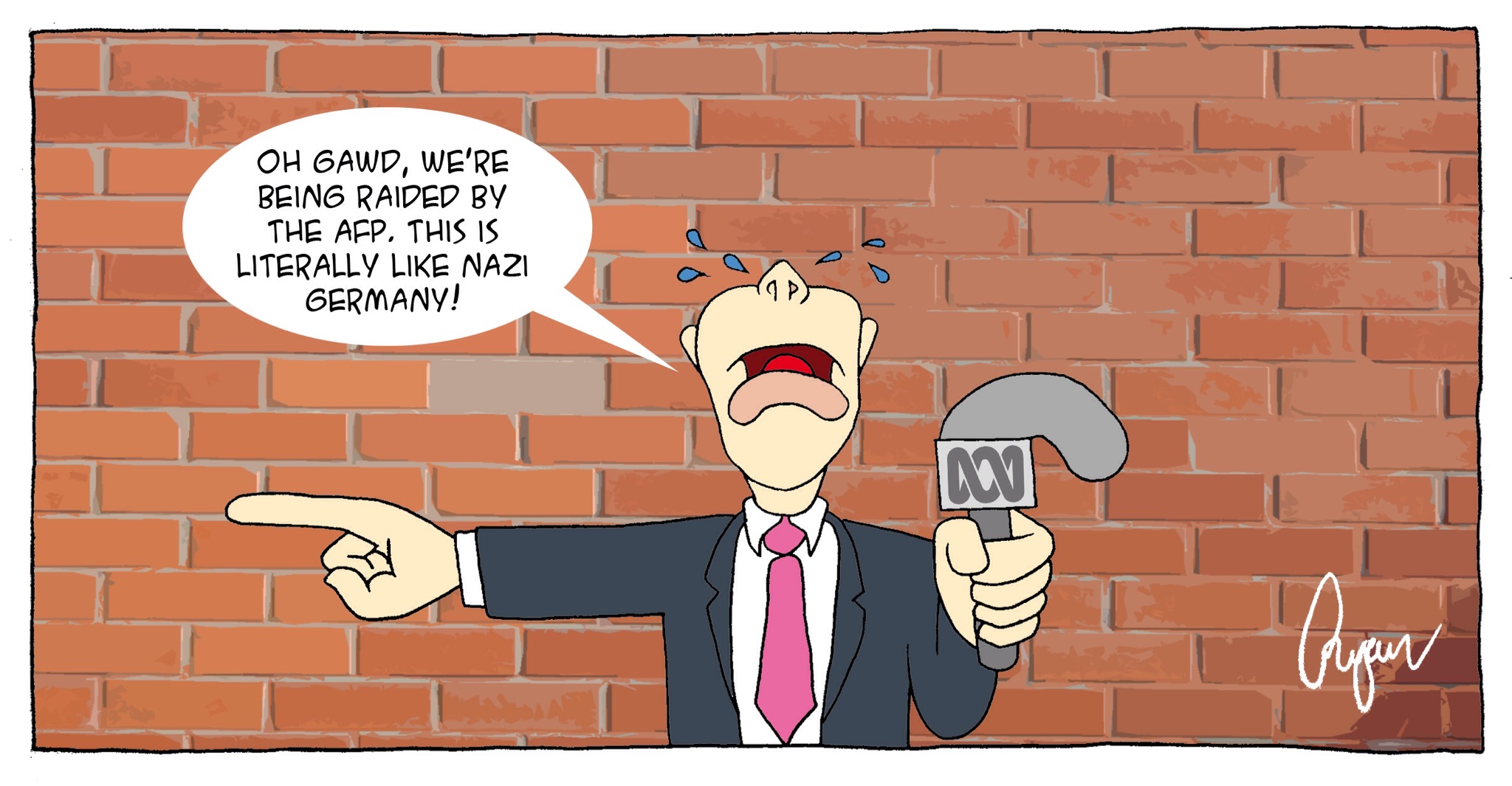 Well break out the popcorn dear readers, it appears the Australian Federal Police (AFP) are in the process of raiding ABC offices:

Australian Federal Police are carrying out a raid on the ABC headquarters in the inner-Sydney suburb of Ultimo.

Three officers entered the Harris Street building just before 11:30am. The plain clothed offices have been met by ABC security and staff in the lobby area of the ABC Ultimo Centre.

The raid comes the day after Australian Federal Police raided the home of News Corp journalist Annika Smethurst in connection with a 2018 story she authored concerning top-secret plans to expand surveillance of Australian citizens.

Prime Minister Scott Morrison on Wednesday said he was not troubled by a federal police raid on the home Ms Smethurst, arguing all Australians must abide by national security laws.

You’ll have to excuse me while I simultaneously honk and ROFL.

The fact that the ABC, and the Sydney Morning Herald for that matter, are a part of the PR front for a vast dead-agenting network of Left-wing agitators who dox, stalk, deplatform and shame dissident Right Australian citizens makes their whole “we fight against surveillance expansion” schtick a complete joke.

At the moment we’re waiting to hear more about what’s going down at the ABC Ultimo offices so stay tuned, but I imagine there’s a possibility many will be deleting the TOR browser off their computers and flushing their stash in the tax-payer funded office bathrooms.