If you’re reading this, you’re probably a terrorist.

At least, according to the ABC. 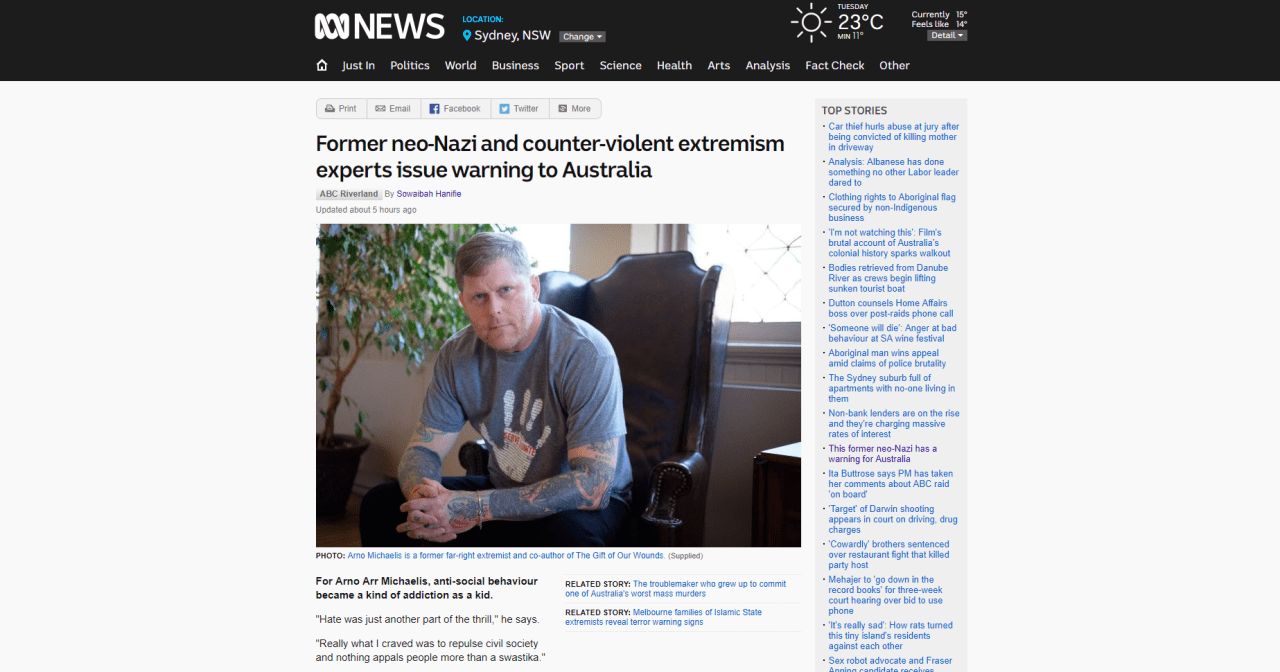 Put down that IED for a second though so we can unpack this bullshittery.

Let’s start with the writer. 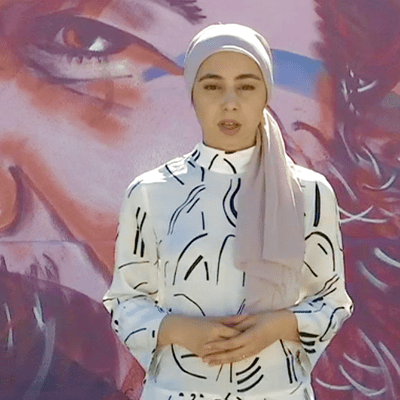 Well, whaddayaknow. I should have guessed.

Is that a mural of Marx in the background?

But maybe there’s some other important detail about this fearless Saracen for truth I’m missing. 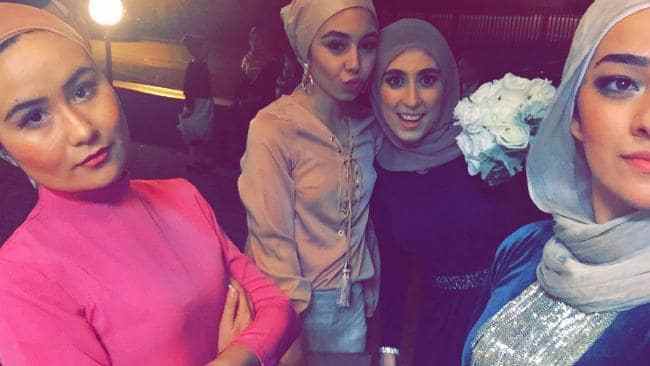 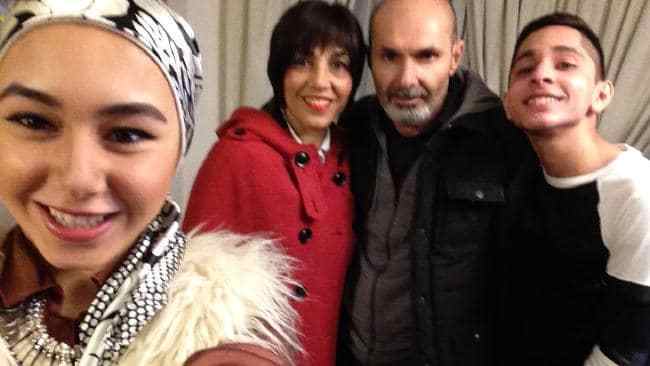 Wow she’s Muslim. I’m sure that detail is entirely unimportant and irrelevant in explaining why a junior reporter from the ABC who’s supposed to be covering local issues in the NT spends her spare time investigating the imminent threat of neo-Nazi terrorism in Australia.

That last photo is her family. I’m not doxxing them. I’m sure they’re lovely people. They were already given public exposure though three years ago when the writer, Sowaibah Hanifie, was featured in a documentary and appeared in the national media. Almost as though there are powerful people giving her a leg-up to fight in the identity wars against conservative Christians. Another Yassmin to overthrow the white patriarchy.

What’s interesting about that last photo is that the older woman, presumably Sowaibah’s mum, isn’t wearing the headscarf, but her daughter is. It’s almost as though what the dissident right says about second generation Muslim immigrants being more focused on their ethnic and religious identity than their more assimilative parents is correct.

Better not say those facts though. That’s terrorist talk.

So now we know who we’re dealing with, let’s go through this piece and see what wisdom we can glean from 22-year-old Sowaibah’s efforts to paint anyone who dislikes white demographic replacement in Australia as a terrorist.

The piece does not have a news hook, other than the mandatory references to Christchurch and Charlottesville. Despite this, it was run as news rather than an op-ed. This is sloppy, even for their ABC. The entire piece threads a narrative around the experiences of six figures, most prominent of whom is a guy who was a white nationalist 1.0 bogan back in the 80s, got cleaned up and now makes a living as a motivational speaker and author warning normies of the dangers of the neo-Nazi far right.

Basically, he was one of these losers. 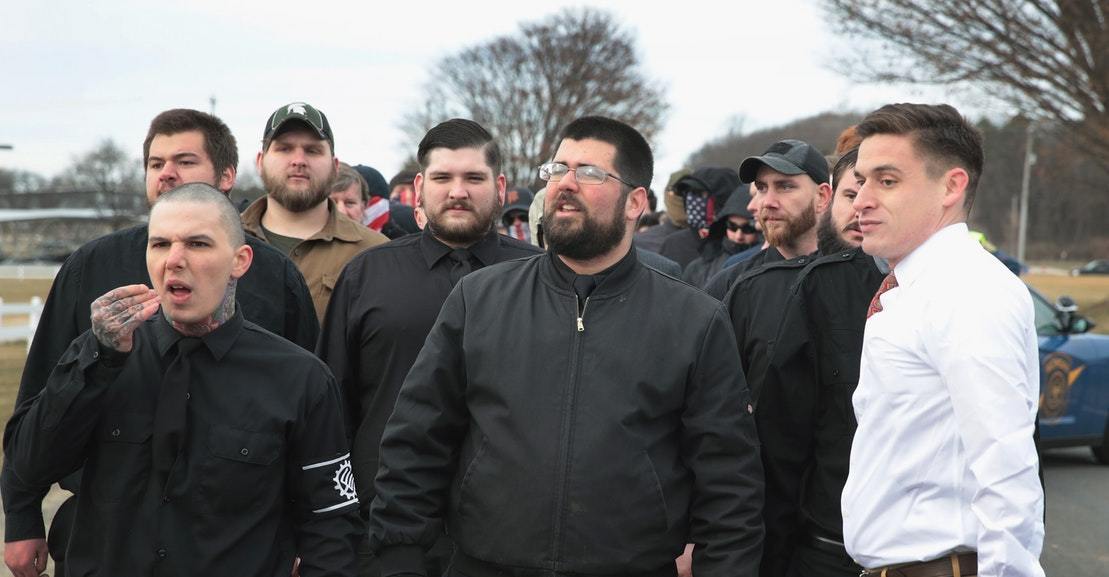 Who then became a speaker on the motivational circuit. You can even book him for your next corporate event! 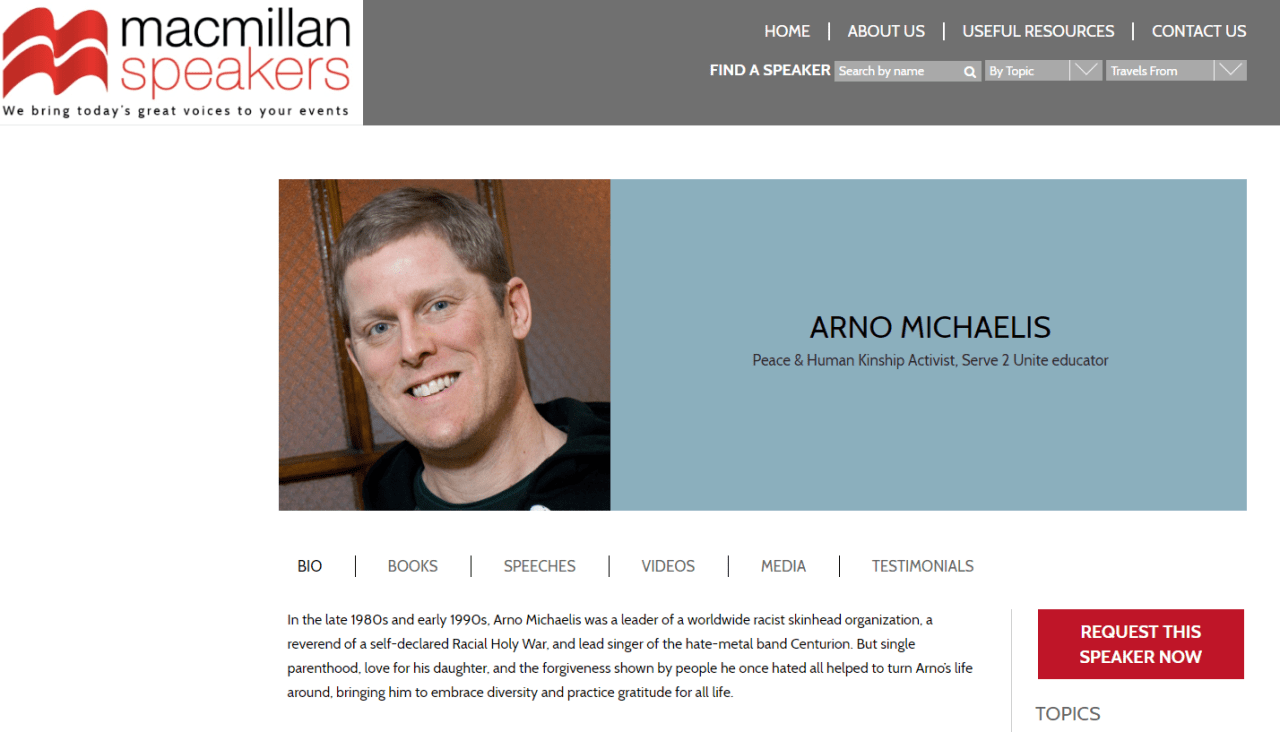 What an authority. It’s not as though he’d have a commercial interest in hamming up the threat of neo-Nazis to sell more books and speeches though, eh Sowaibah. I’m sure you considered that. After all, you’re a professional journalist, right?

The most credible source in the piece is anonymous; someone ‘who has worked on the frontline of Australia’s counter-terrorism efforts’ and says that neo-Nazi terrorists are an underestimated threat.

Let’s be honest. Most people in neo-Nazi or white nationalist 1.0 groups who carry out costumed grievance marches and train for Racial Holy War (which Sowaibah’s piece referenced) are either feds, parolees, informants or lunatics. Those groups function like fly paper to catch anyone who starts to question globohomo and get photos of them doing the Roman salute to ensure they are never able to become a public figure afterward. That reality was even acknowledged in the movie Imperium, in which Harry Potter infiltrated a WN 1.0 group at the behest of the chick from Muriel’s Wedding, who played a fixated federal agent obsessed with finding evil Nazis. The feds radicalise these groups then trap them and give max publicity to keep the normies spooked and stop them from questioning certain historical narratives that underpin globohomo ideology. The whole thing is a scam.

This credible anti-terrorism source which Sowaibah references sounds much like that person. If the concerns were legitimate, the other counter-terrorism experts would share them. These are not stupid people.

It makes me wonder if Sowaibah’s anonymous source was also Muslim. Who knows? After all, they’re anonymous.

The troubling problem with Sowaibah’s op-ed, however, is that she makes no distinction between genuine conservative critiques of multiculturalism and Brenton Tarrant. She moves back and forth between violent extremism by the Taliban and anyone who questions diversity so as to blur the distinctions between them. In Sowaibah’s world, ‘extremism’ is the Taliban and ISIS (which have nothing to do with the peaceful religion of Islam) and white people who don’t like multiculturalism.

Given that half the country is conservative, and most conservatives today oppose further Islamic immigration for very obvious and sensible reasons, Sowaibah is being granted the ABC’s billion-dollar platform to call half of Australians literally al-Qaeda.

This is particularly concerning given that Sowaibah has used her enormous taxpayer-funded platform to write a puff piece about the delights of the mosques in Mecca and Medina, which Christians are arrested, lashed and even tortured for trying to visit; a booster piece about the development of an Islamic studies national curriculum separate to the standard Australian Curriculum, like we see in Islamic countries; another booster for an Islamic school under threat of closure for issues of poor governance; a piece about how ISIS has nothing to do with Islam; and, bizarrely, a piece encouraging young white Aussie men to become Freemasons.

Why would a 22-year-old Muslim rural girl cadet reporter be writing about a Kabbalistic, Luciferian, neo-Babylonian mystery cult for homosexual goys obsessed with the building of the Third Temple in Jerusalem?

That’s a weird topic for you to be concerned about, Sowaibah.

Very weird. Who you working for, Sowaibah?

Most concerning of all, however, is Sowaibah’s piece arguing that Australia has a duty to take back ISIS fighters who have been enslaving, murdering and torturing Muslims and Christians across the Middle East.

Could Australian IS returnees be rehabilitated if permitted to return? https://t.co/g89MiQ4gXW

I’d bet 100 camels that Sowaibah describes herself as a feminist, yet her concern for girls and women and her concern for terrorism in Australia disappears when it comes to sticking up for fellow members of the Umma.

I really don’t think she’s thought this through.

Now I know that most Muslims are lovely, civilised people who want nothing to do with ISIS. I’m very aware that ISIS is a creation of the Mossad and CIA, and that the Western ‘deep state’ has been using Islamic proxy armies to achieve their nefarious objectives going back to the Afghan mujahideen in the 80s and even Lawrence of Arabia during World War I. I’m aware that this clash of civilisations between the Christian West and Muslim world has been engineered by Zionists as part of their utopian vision of the world to come in which they will rule the world directly.

But not all belief systems are morally equivalent, and we can know a tree by its fruit. When Christianity spread, it turned the sexually repulsive and casually violent Roman world into an ordered and upright civilisation through peaceful conversion. When Islam spread, it turned the peaceful Middle East and North Africa into a bloodbath, then an aggressive, expansionist empire that threatened Europe for a millennium.

Christianity believes that persecution of believers will intensify as we get closer to the return of God, and that one day God alone will judge those who have rejected Him for their sins. It forbids violence. Islam believes that Muslims will one day physically conquer the entire planet and bring all the world under submission to Allah. It extols violence.

Islam of course has its peaceful elements, particularly once a region has been conquered. It is a mixed-bag of beliefs, but the fact remains that the violent and inhumane suras and hadiths have not been renounced by Muslims in Western nations. The Quran and the Hadiths have not been amended. There has been no reformation of Islam, and hence all Muslims have to accept association with the most violent products of their belief system.

Let’s put it a different way.

Are there moderate Nazis?

As someone who has been associated with those ideologies in the lying media, I can tell you such distinctions are not made between people who reject multiculturalism, Third Wave feminism and globohomoism in general. Anyone on the spectrum of the dissident right is literally Hitler as far as the lying media is concerned.

Why the double standard? I’m sure many Nazis were very nice people who had lovely families and smiled very nicely for photos, too, Sowaibah. Yet even mild-mannered conservatives now are associated with the Holocaust and Hitler simply because they refuse to agree that homo marriage is real or that people can change their gender. Now even mainstream conservatives are being associated with the Taliban by upstart 22-year-old religious zealots who work for the ABC. 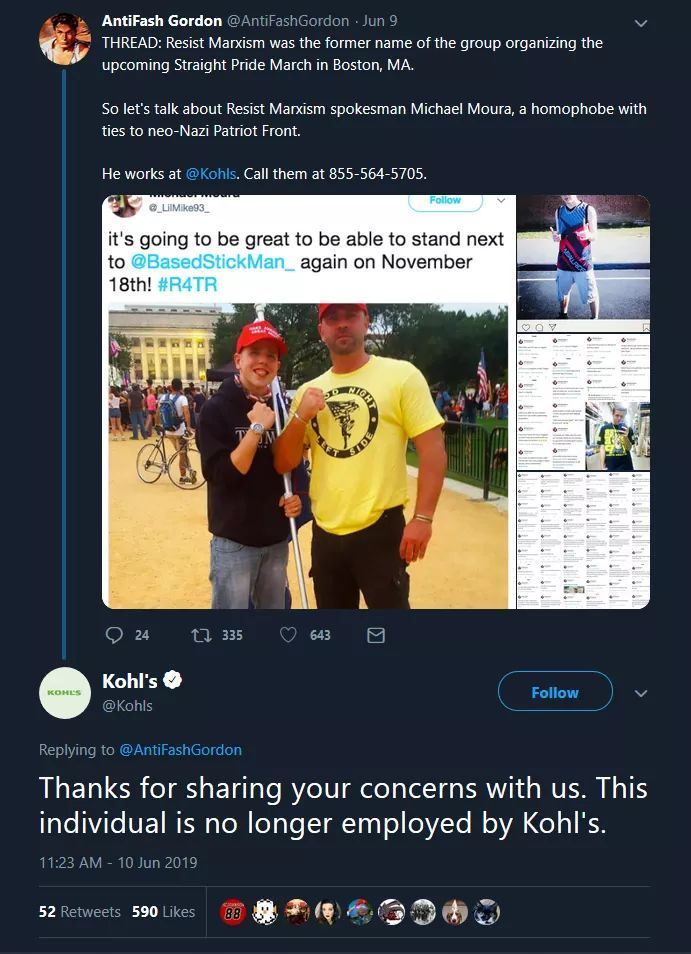 No matter how nice and lovely most Muslims are, what is happening to Europe and parts of Melbourne and Sydney is not ‘multiculturalism’.

Anyone who thinks this ends well is mad. And as the consequences of this madness are felt around the world, people are going to begin asking questions about who did this to us and why.

I honestly hope those people stay moderate as they start to discover the answers.