Until eventually, they get a smack

In this case, Trump is daddy. Not in the Milo way, of course. In a normal way.

EXCLUSIVE: Trump Warns Antifa — You Could Be In Big Trouble https://t.co/M8wjM6HdPM pic.twitter.com/wELKpHbdHE

From the interview Trump gave to the Daily Caller:

President Donald Trump warned violent leftists and Antifa members that an opposition to them may “mobilize,” and it would mean “big trouble” for the leftist group.

“They better hope that the opposition to Antifa decides not to mobilize,” the president told The Daily Caller in an exclusive Oval Office interview Wednesday. 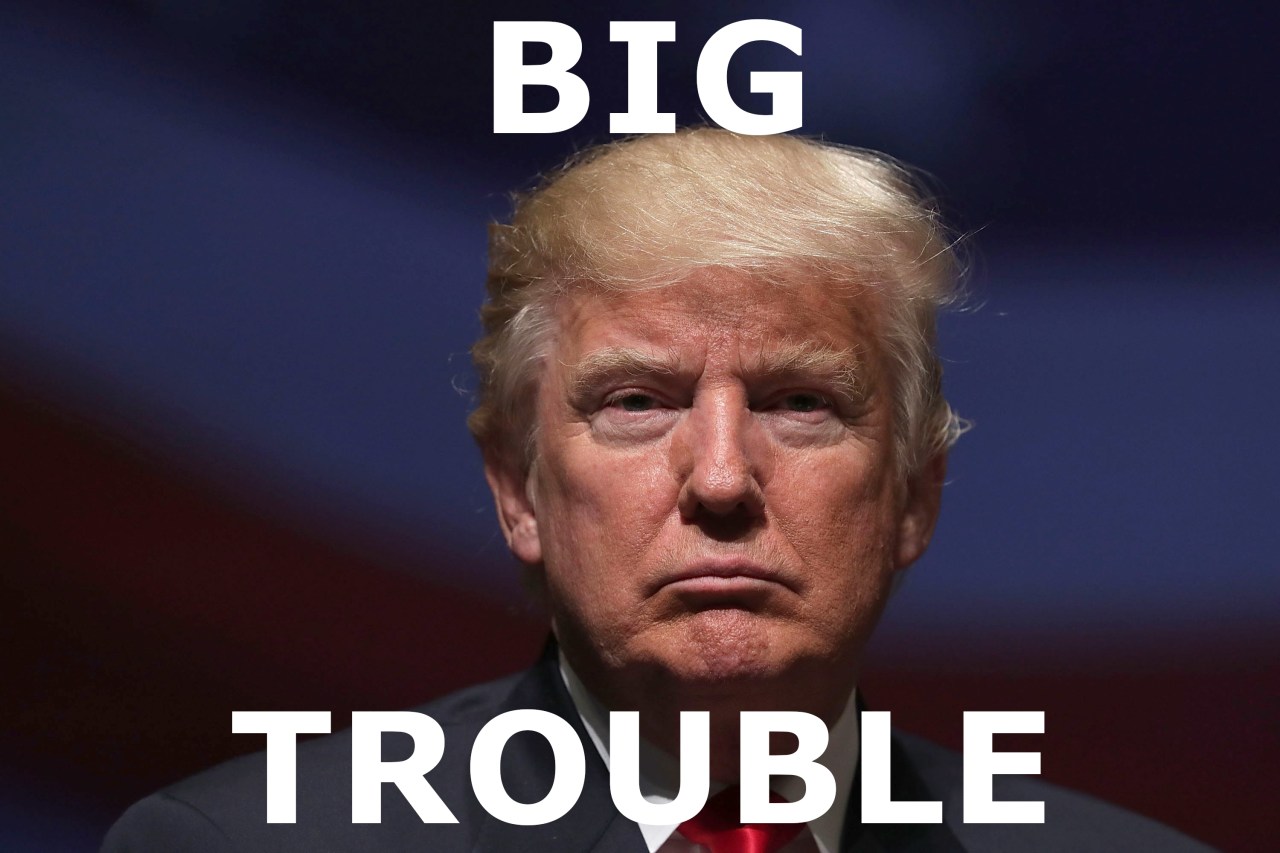 “These people, like the Antifa — they better hope that the opposition to Antifa decides not to mobilize. Because if they do, they’re much tougher. Much stronger. Potentially much more violent. And Antifa’s going to be in big trouble. But so far they haven’t done that and that’s a good thing,” he continued.

Now we know that this would never be allowed to happen. There will be no smack. Big Sister is the permissive parent whose spoilt little brat can do nothing wrong and grows up to be an insufferable little shit.

Antifa are the guard dogs of the establishment, the rabid yappy chihuahuas of globohomoism. Should a conservative or nationalist paramilitary group ever emerge, Big Sister would bring down the hammer so hard they’d never be heard of again.

But like everything with Trump, it sounds nice. So nice. Very nice. And nothing happens.

Their bloggers dox people and call for violence routinely, they bash alt-media journalists, they ruin the reputations of young people who disagree with them.

Its not a test, its a battle for survival
Bash the fash, hang Nazi criminal, lock up the Holocaust denier

It’s almost as if very powerful people want Weimar-style street battles in the cities of the West. That’s where all this rhetoric and inaction by the authorities is taking us.

Now, the terrorist left, which is what they are, are becoming even more militant. What prompted President Trump’s interview with the Daily Caller was the recent attack by Smash Racism DC on the home of FOX News journalist, Tucker Carlson.

When asked specifically about the recent mob outside of Fox News host Tucker Carlson’s house, the president said, “I spoke to Tucker — I think Tucker’s a great guy — and I think it’s terrible. They were actually trying to break down [Tucker’s] door.”

The mob gathered at Carlson’s house last week and left-wing agitators vandalized the home and cracked the front door while chanting, “Tucker Carlson, we will fight. We know where you sleep at night!” and “You are not safe.”

Tucker’s wife was the only person it the Carlson family home that night and called 911 after locking herself in the kitchen pantry. The police are investigating the incident as a politically motivated hate crime.

The Daily Caller asked the president what tactics law enforcement should practice when dealing with groups like Antifa.

“They’re sitting back and watching and they’re getting angrier and angrier,” Trump said of the Antifa opposition.

The attack by the group Smash Racism DC, who were well known to authorities, followed an incident last month in which a leftist thug verbally assaulted Tucker’s daughter at a country club.

Leftist confronts Tucker Carlson’s teenage daughter in public. Calls her a ‘whore’ and a ‘cunt.’ https://t.co/GenfeyAAF9

Last month one of my children was attacked by a stranger at dinner. For her sake, I was hoping to keep the incident private. It’s now being politicized by the Left. Here’s what happened: pic.twitter.com/rwNoFYxMFv

Delightful people. The rise of the anarcho-terrorist left is not just happening in the US, either. The usual suspects are pushing for the same forms of political violence here. The violent radicals are arguing for the abandonment of cultural Marxism and political correctness and a return to class-based anarcho-communism similar to that of the German Communist Party prior to World War II.

In ‘Trigger Warnings’, @Jeff_Sparrow examines ‘smug politics’, the dominant discourse of the left, and how its ridicule reinforces the right’. https://t.co/zFD6B9WkKT

An annoying response by the mainstream conservative right to the rise of left-wing violence is to call them Nazis. They are not Nazis. That’s a stupid argument advanced by dual citizens like Laura Loomer and Ben Shapiro to keep Holocaustianity front and centre in the minds of Western conservatives. It’s a Zionist lie.

Here is the German Communist Party headquarters in Berlin in 1933. Note the Antifa flag.

Antifa were the group who fought the Sturmabteilung or SA, the brown shirts paramilitary wing of the German National Socialist Workers Party. Both were comprised mainly of veterans of World War I, and both fought each other on the streets of Germany throughout the Weimar Republic. The rise of communism, including a brief communist revolution in Germany in 1918, caused the rise of National Socialism in Germany in response. The same dynamic prevailed in Italy.

Can we imagine, just for a moment, what the globalist media would say if we had SA brownshirts invading the homes of journalists, bashing everyday citizens and advocating terrorism?

There is no ‘Nazism’ in the West today. There are white nationalists getting very, very angry, but they are not carrying out acts of political violence. They’re not deranged like the members of Antifa. They’re usually too focused on making a living for themselves and their families to be carrying out riots and home invasions.

That may change as the economy turns down. Maybe that’s what some in the deep state are agitating for.

As young white men, increasingly vilified by the media and the NPCs it controls, learn the true history about the Second World War and who our historical enemies are, they realise they have been lied to all their lives. The caricature of evil that we have been taught about Hitler is inaccurate, and for some, this realisation can lead to attitudes which go completely the other way. It can lead to idolisation of Hitler and the National Socialists.

If current trends continue, such young men may well become the brownshirts of the future. Some may feel they have no choice. But they should remember something.

When Hitler took power, he murdered the leaders of the SA and disbanded the brownshirts.

The front page #OTD in 1934. The Night of the Long Knives, Adolf Hitler’s violent purge of his political rivals in Germany, takes place. #nytimes pic.twitter.com/Q07VCl40iH