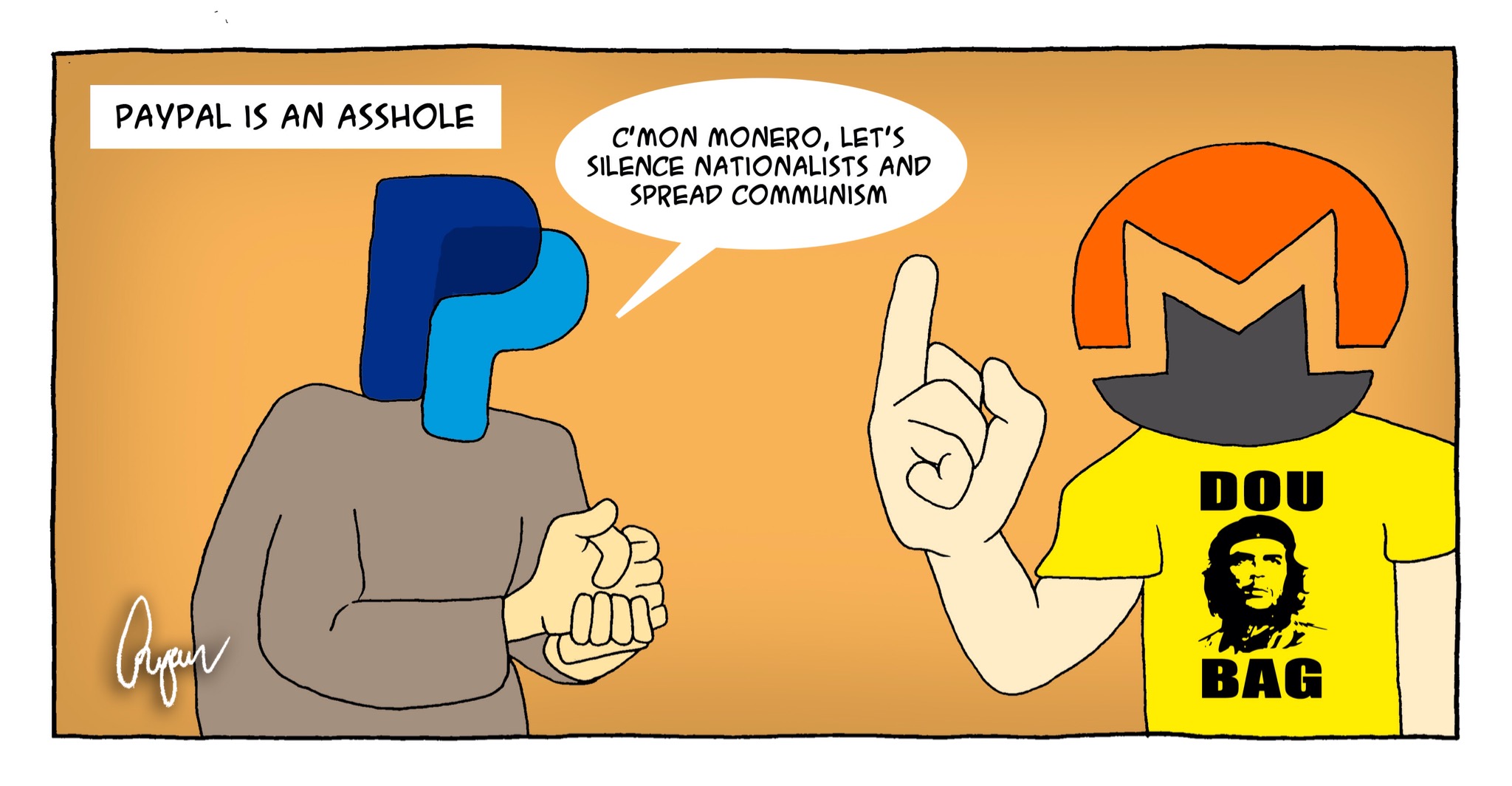 Dan Schulman, the C.E.O of PayPal, has signed off on payment processing services to the multi-ethnic Civic Nationalist Proud Boys (oh and apparently a mere three ANTIFA groups) being shutdown:

Even though ANTIFA and their supporters have been able to solicit millions via crowdfunding sites, thanks to Silicon Valley Oligarchs and major financial institutions (something long denied to anyone on the Alt-Right), Sam Levin from The Guardian couldn’t hold back with his kvetching:

Gab, which was banned from PayPal after the Pittsburgh Shooting, appears to be setting out to emulate the funding model opted by Minds.com, which runs on the Ethereum network, and start bankrolling it’s operation via blockchain (hence another reason to be using cryptocurrencies):

Like other censored dissident-Right voices, such as Christopher Cantwell, Jared Howe, Andrew Anglin, Henrik Palmgren and Lana Lokteff, the Proud Boys are going to have to rethink how they do business.