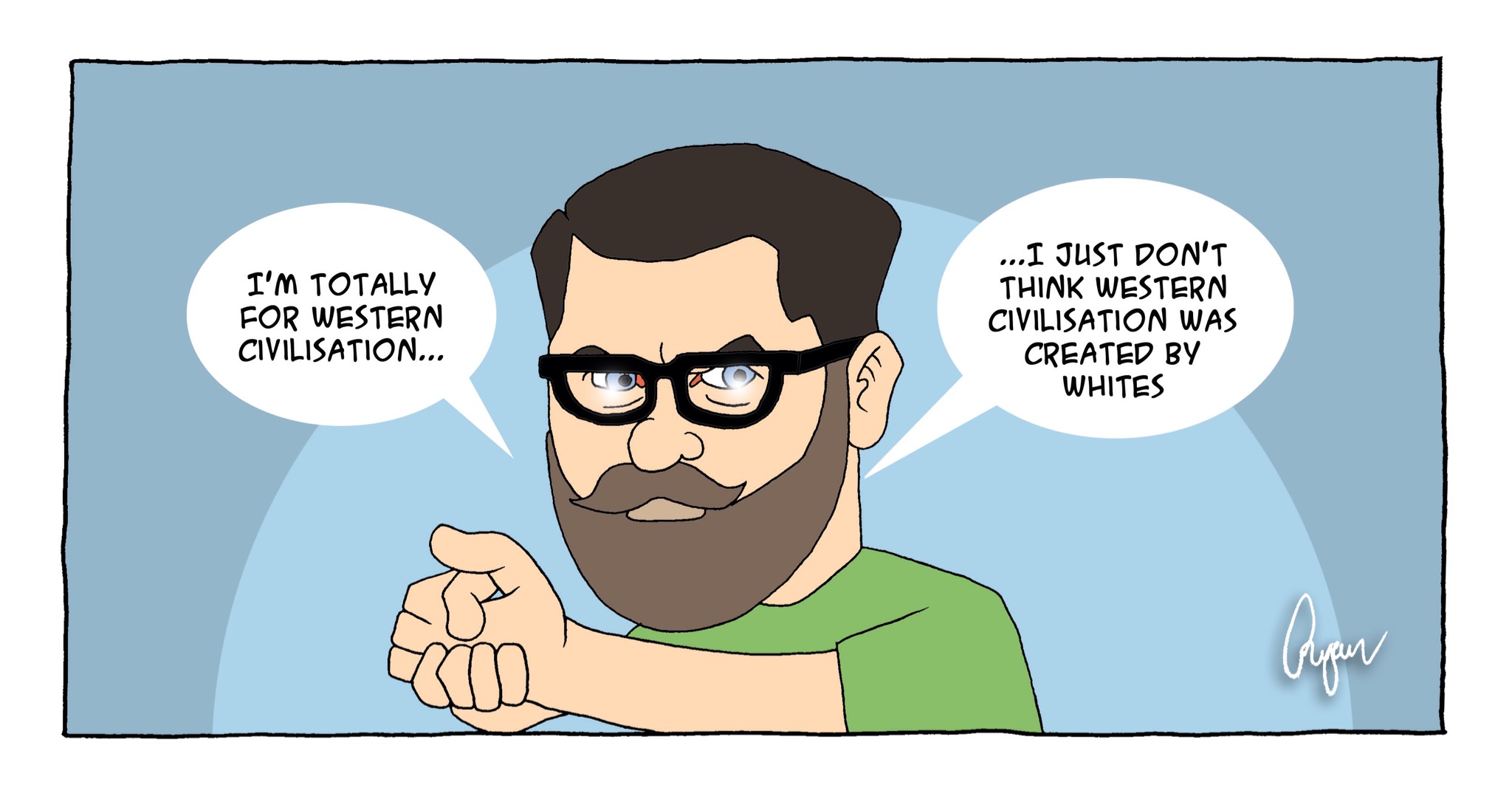 Gavin McInnes, the alt-lite talking head who once co-founded VICE News, worked for Ezra Levant’s Rebel Media and is the Founder of The Proud Boys, “reluctantly” quit The Proud Boys on Wednesday, citing legal reasons brought to him by his lawyers and police.

I’m not going to fault Gavin on distancing himself from his multi-ethnic “pro-Western” fraternity of Proud Boys, but to have the hutzpah to claim “White Nationalists don’t exist” when White Nationalists established the bloody occident is just obnoxious.

NEWSFLASH: Not only do White Nationalists exist Gavin, but I’m one of them.

The only people who would say White Nationalists don’t exist are homosexual Jews like Milo Yiannopoulos (whom McInnes made out with in Orlando) and former executive chairman of Breitbart News Steve Bannon who has told ethno-nationalists to “go f-ck themselves”: