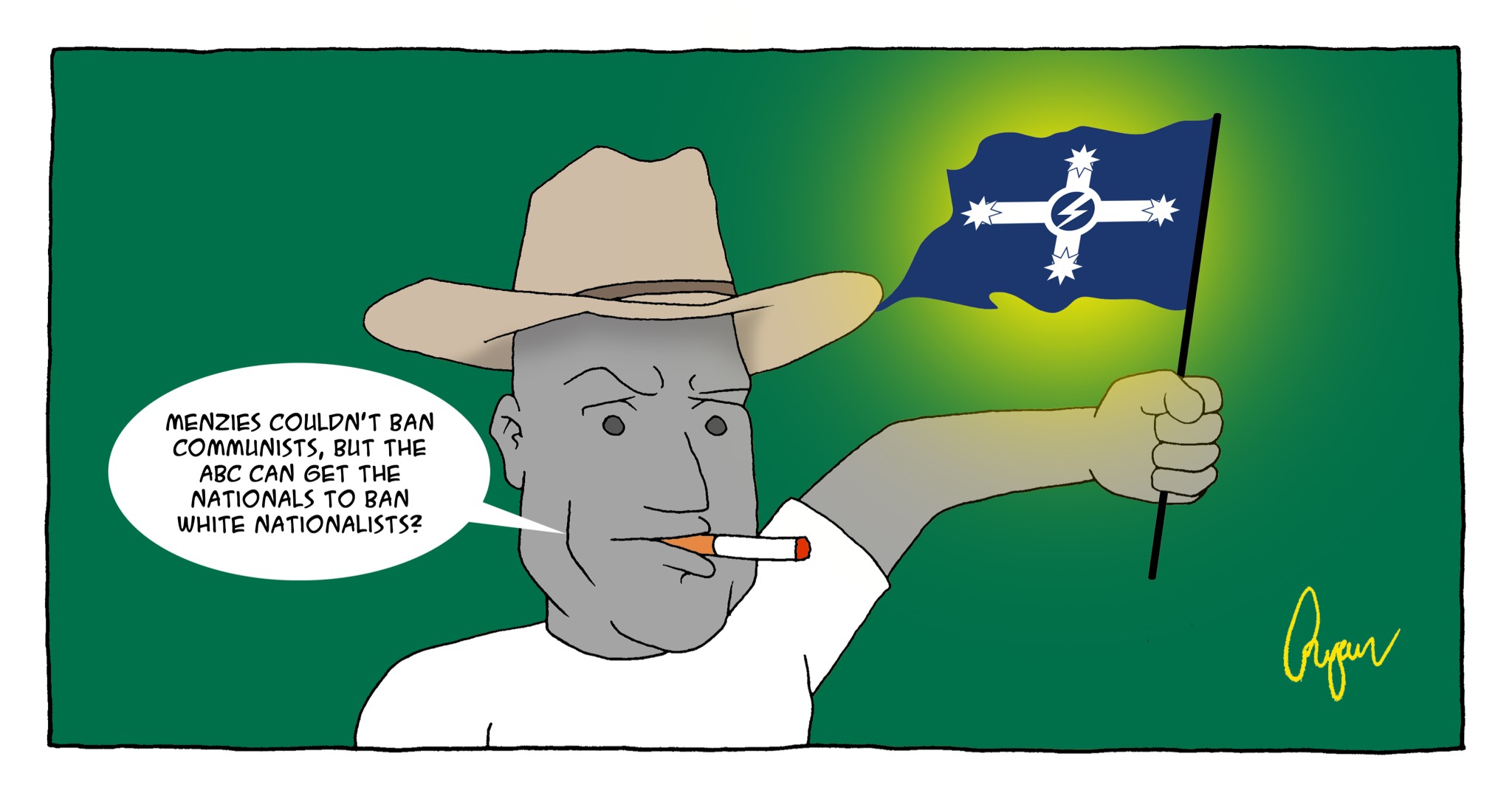 As a former Young Nat of the Victorian Nationals (2005 to 2007) I am somewhat dismayed as to how cucked the junior coalition partner has allowed itself to become in the current year:

But considering what Bob “The Lebo” Katter did last week I shouldn’t really be surprised by the tidal wave of cancer consuming Australian politics of late.

The ABC’s Alex Mann writes in this article:

Mr Jennings, the party’s former coordinator for Sydney metro region, wrote at length on his alleged treatment by the party, with the three-page letter outlining a number of complaints.

The letter also delved into immigration policy, with Mr Clifford writing “young white Australians” were rebelling against the “hopeless Coalition leadership that has dragged down Australia since the 1970s”.

“They see a grim future for themselves and their children, of becoming a minority in their own country,” Mr Clifford wrote.

“Opening Australia to mass third-world immigration is not ‘moderate’. It is extremist.

“The fact that this policy has been followed by the Coalition parties for the last four decades does not make it moderate. It is treasonous.”

To reiterate something I mentioned to a fellow XYZer the other day, The National Party should serve as a vessel to power for our pro-White compatriots (like the Republicans are in the US to some extent). Entryism on the part of /ourguys/ is how we fight back in the democratic process.

However, it now appears we are being banned from mainstream party participation (something which Bob Menzies couldn’t even do to the Communists with his 1951 referendum). This should genuinely alarm you!

The fact that popular nationalist sentiment held by many White Australians (who for the moment are still the majority in this country) are denied an ethnocentric voice in what’s meant to be their own bloody Parliament, tells me that armed enmity against our quisling “representatives” is only going to intensify.