Babies are so annoying.

All they do is cry, sleep, eat, shit and vomit. You spend a year or two unable to get a good night’s sleep. They steal your youth, your figure, your wealth and your lifestyle. It’s usually a couple of years before you can start to get your life back together again. And most of the burden falls on women.

That’s why ’21st century’ Queensland women are rejoicing that now they can just kill them. 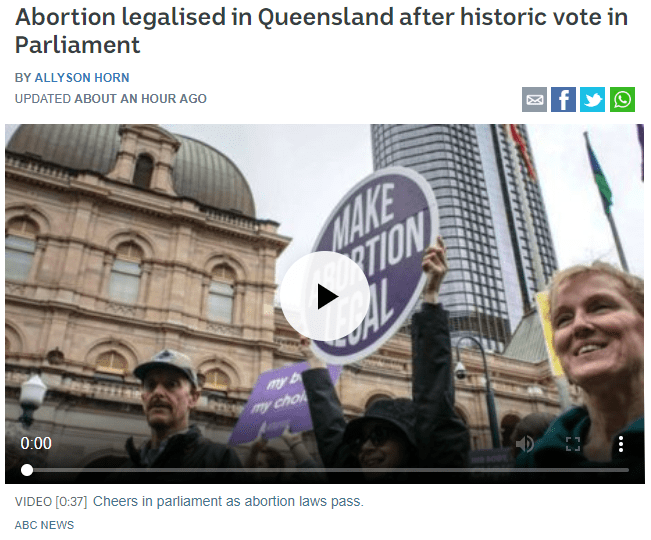 “Nineteenth-century laws making abortion illegal in Queensland have been scrapped, in one of the state’s biggest legislative reforms.

The Government’s controversial plan to decriminalise pregnancy termination passed through state parliament with a comfortable margin of 50 votes to 41.

The laws mean abortion will be available, on request, at up to 22 weeks’ gestation.”

This is how propaganda works to hide the truth and manipulate normies. It operates below the level of reason, at a pre-cognitive stage. NPCs have been trained at school and through the media to think that anything old is bad, and so if the laws were from the nineteenth century, then overturning them is progress, right? And if the vote passed ‘comfortably’, then it’s right, right? And gestation is such a technical word. That doesn’t sound too bad. 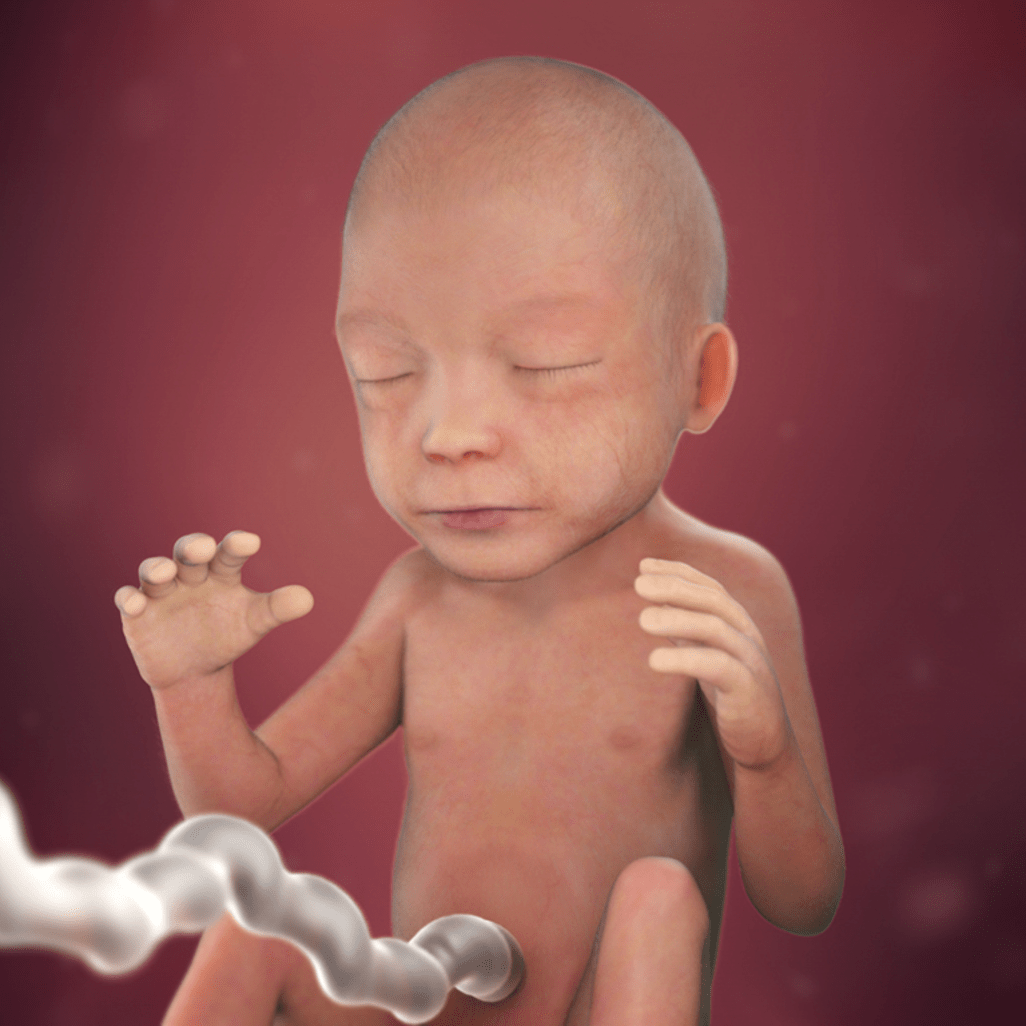 They’re often kicking by this stage. They’re moving around. Their features have formed. They’re a baby. Premmie babies born at this age have survived.

I was going to show you the pictures of dismembered babies in buckets after abortions, but I can’t. I couldn’t keep looking at them. I’ve seen evil up close in my life, and when I saw those mangled little limbs and heads mixed in with the blood, that’s what it looks like. Banal. Demonic. And for gentle people reading, it’s not right that they should see that.

Delightful, a bit scary, full of promise. Pregnancy can also be tragic, of course, but that’s also life. Death is a part of life. 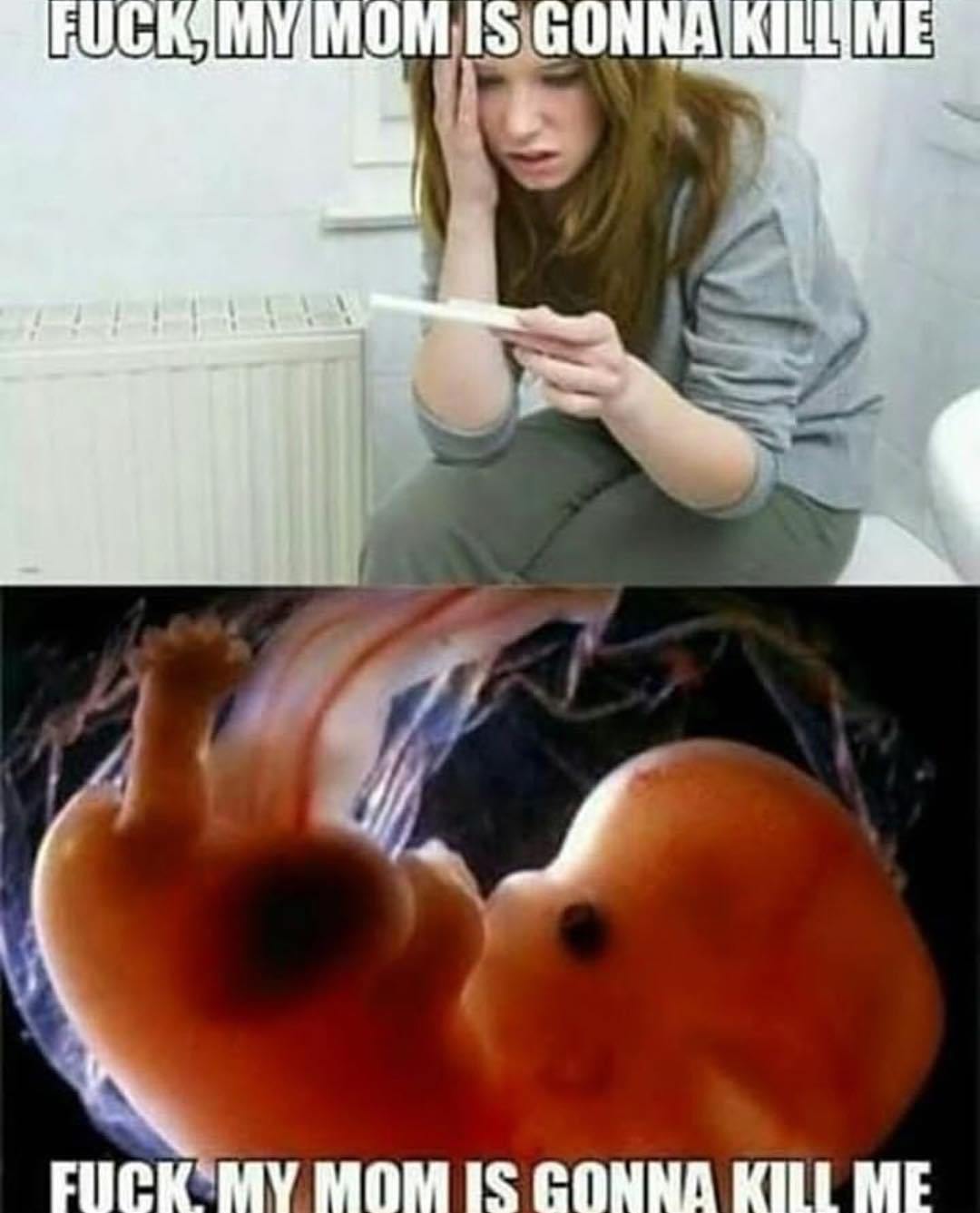 The new Queensland legislation also makes it legal for unscrupulous doctors to kill babies after 22 weeks, as long as they can get a colleague to agree. Which, of course, they will:

“Safe access zones” of 150 metres will also be established around termination and fertility clinics to prevent protesters approaching and hassling women and their families.”

Psychopaths can be evil and it doesn’t bother them. When other people do truly evil things, however, like rape kids, mentally torture family members, manipulate people they are supposed to love into choices that will destroy them, cheat on their spouses, etc., they lie to themselves first. Self-deception is the basis for evil acts. When we look at how Satan tempted Eve in the Garden of Eve, he used deception to make her question God. And despite what she knew about God, she chose to let herself be deceived.

That’s why people with seared consciences who have done evil things attack truthful people. Just having an honest person nearby can be enough to trigger a narcissistic injury in people who are caught up in the self-deception necessary to commit evil.

That’s why the ‘safe access zones’ are needed. To keep the truth away, lest a woman feel the pang of conscience before she decides to murder her baby inside her body.

The abortionists will respond that it is her body, after all. That line, as well as the ’21st century’ mantra, was used by Steve Minnikin, LNP Member for Chatsworth, who voted to support the legislation:

“No one should be forced to endure a pregnancy they do not want when safe, modern, medical options are available to assist them,” Mr Minnikin said.

“Mr Speaker, I am not pro-abortion. I am pro-choice, pro-autonomy, pro-respect.

“I support the right of all Queensland women to make reproductive choices that respect their agency, individuality, desires and dreams. In the 21st century, this issue should indeed be a health issue and not a criminal issue.

“If I had a daughter, I would want her to have the same chances in life that my two sons currently have.”

Steve, if she didn’t want a pregnancy, she shouldn’t have had sex. This is why traditional societies policed female sexuality so stringently; and those moral restraints enabled civilisation. You fools have no idea what you are messing with. When we tinker with basic mores and customs, we are playing God with the software that enables our society to function.

If you really wanted the best for your daughter, you would ensure that her hormones didn’t get her in a situation where she felt compelled to murder her baby so she could have a good career. That’s what a decent father would do, Steve.

And it’s a lie that this issue has anything to do with women’s sovereignty over their bodies. Once a woman falls pregnant, the baby isn’t her body anymore. It’s someone else’s body.

The people who want this type of legislation brought in do not care about women. Killing your baby destroys a woman. Either it haunts her or she breaks off a piece of her heart and becomes aggressively pro-abortion afterward. She has to justify what she did to herself in order to convince herself that she has not done the worst thing a woman can do.

The militant, vocal minority who push for abortion legislation are not driven by concern for women’s rights. They are in thrall to the god of this world; whether they know it or not, they have given themselves over to the kingdom of darkness. They’ve chosen Satan. They’ve chosen lies over truth, self over others, power over love and rebellion over accepting reality. The neo-Babylonian spiritual system they serve always demands the blood of infants as tribute. It has been so since Genesis, and was so throughout the non-Christian world. Now that old, dark paganism has returned, and most of our people welcome it as liberation.

The Bible tells us that, just prior to the end, there will be a great falling away from the body of Christ. Men will follow their itching ears and not accept the truth. They will become lovers of themselves, boastful, arrogant and without love. “And because sin will abound, the love of many will grow cold.”