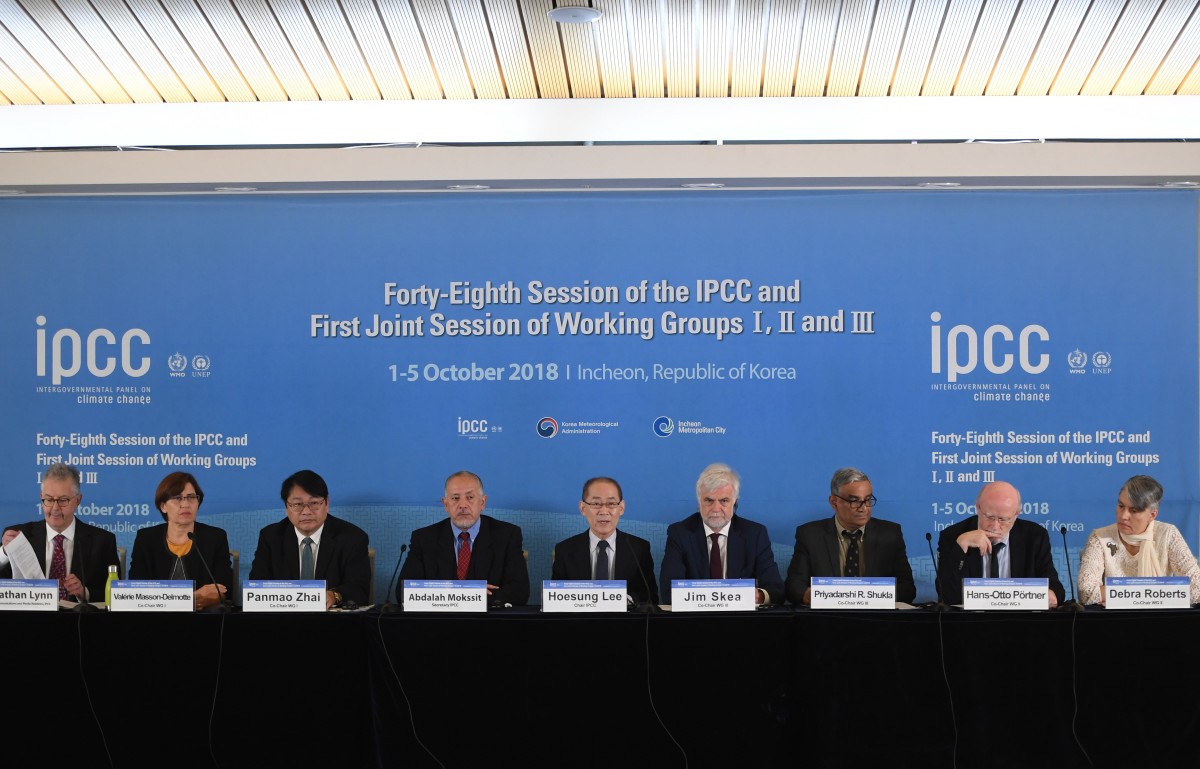 Remember when you were in primary school, and you dropped stuff off balconies and the bag racks, and the teacher told you about the theory of gravity.

Or in high school, when you saw pictures that started with little sloth creatures and ended with a white man, and the teacher was like, “This is the theory of evolution”.

Remember how in science, all knowledge is tentative, and is expressed in terms of hypotheses and theories?

I do. And this is something that has bothered me for a long time.

If global warming is science, why don’t they call it a theory?

You’re welcome. Carbon fairy cultists will shriek that they do call it a theory, but they’re lying. Read the media reports talking about imminent global catastrophe if white people keep using electricity. It’s never referred to as ‘the theory of global warming’, or ‘the theory of climate change’. Just ‘climate change’; a moral dogma more akin to a religious concept than anything scientific.

It’s not science. It’s not based on an empirical observation and testing of reality. It’s a political project; a neo-Marxist agenda to bring down the ‘developed’ world (i.e. white, Christian West) and raise up the ‘developing’ world (everyone else) so that a socialist global government can be implemented and technocratic control freaks can micromanage every aspect of our lives for our own good.

It’s completely nuts, and that’s why none of it makes sense.

Here is the introductory paragraph of the first chapter from the IPCC Special Report 2018:

“This chapter frames the context, knowledge-base and assessment approaches used to understand the impacts of 1.5°C global warming above pre-industrial levels and related global greenhouse gas emission pathways, building on the IPCC Fifth Assessment Report (AR5), in the context of strengthening the global response to the threat of climate change, sustainable development and efforts to eradicate poverty.”

I thought you people were scientists. Do the scientists investigating marine life behaviour concern themselves with political projects like eradicating poverty?

I just did a quick check, and I don’t think they do. If you guys are scientists too, why do you?

The chapter goes on. Here are some snippets:

Bullshit. There have been so many scandals regarding the data collection methods for these studies that relying on temperature data from weather stations any longer is itself scandalous. Sea level rise? The sea level hasn’t risen anywhere. These people, realising their stupid theory of greenhouse gases was going down in flames, just pushed the ejector button and jettisoned reality entirely. They don’t care about facts anymore at all.

How does this happen? Have we all really become that stupid?

How do they get away with this shit?

“Ethical considerations, and the principle of equity in particular, are central to this report, recognising that many of the impacts of warming up to and beyond 1.5°C, and some potential impacts of mitigation actions required to limit warming to 1.5°C, fall disproportionately on the poor and vulnerable (high confidence). Equity has procedural and distributive dimensions and requires fairness in burden sharing, between generations, and between and within nations. In framing the objective of holding the increase in the global average temperature rise to well below 2°C above pre-industrial levels, and to pursue efforts to limit warming to 1.5°C, the Paris Agreement associates the principle of equity with the broader goals of poverty eradication and sustainable development, recognising that effective responses to climate change require a global collective effort that may be guided by the 2015 United Nations Sustainable Development Goals.”

And there’s the rub. Pointing out the falsifications, the misinterpretations and alternate explanations for weather anomalies are pointless with these people. They don’t care. Like many areas of academia, ‘climate science’ is a sham field based on ideology and defended by political interests.

Climate change is a cult, and like all cults the true believers at the bottom of the hierarchy defend the crooks and opportunists at the top. The academics, bureaucrats and politicians who push this eco-Marxist nonsense onto Western taxpayers know it’s a fraud. They don’t care though, because it gives them status, wealth and membership of the globalist overclass.

So what are the United Nations Sustainable Development Goals? Let’s take a look. 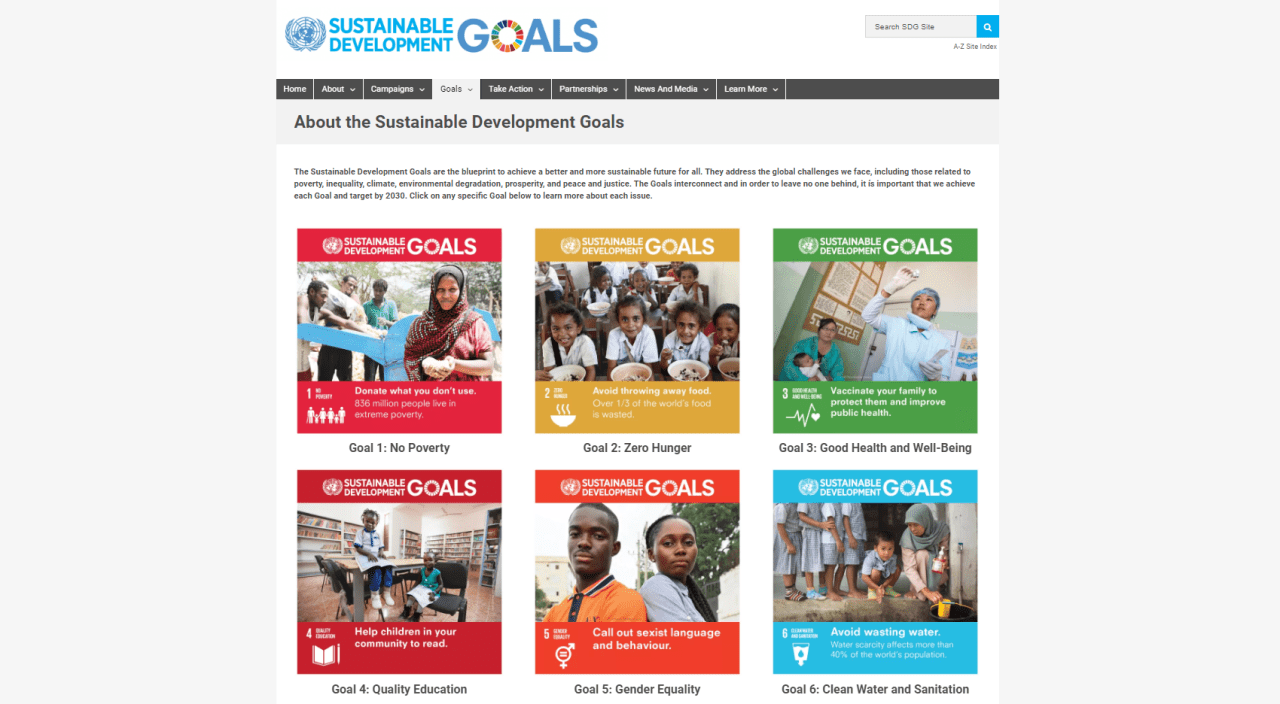 17 goals and not one single white male in sight. That isn’t accidental. These aren’t ‘sustainable development’ goals. They’re demographic replacement goals implemented as part of a neo-Marxist plan to destroy white, Christian civilisation and the men who built it. And the most astonishing thing is that we have been duped into funding it.

The UN use political projects like the 2015 United Nations Sustainable Development Goals to build out the infrastructure necessary for global governance. And one day in the future, after a global crisis like World War III and/or a brutal global depression, the UN (or a re-formulated entity) will be held out to the people of the world as the answer to all their problems. The guarantor of peace and safety. That’s the template. It’s exactly what the money power which controls the politicians and the central banks did after World War II.

This has been planned for a long time, and Marxist internationalism is one plank of the project. Zionism is also key to it. Just as the Rockefellers were ensuring that the League of Nations was reconstituted in the headquarters of world Jewry, New York, the Rothschilds were founding the state of Israel.

Until recently, Rothschild family member Emma was listed as being on the Board of the United Nations. Her Wikipedia bio says that she still is, although her profile on the UN website was removed some time after April. Her distant relative David Mayer de Rothschild is a fanatical climate change advocate.

Dammit he’s a tosser. These people have carbon footprints bigger than countries yet want you groveling in the dirt making penance to Earth goddess Gaia for all your sins.

Two and a half thousand years ago, Plato outlined his theory of the Noble Lie – an untruth told to the people by the elite for the purposes of social order and cohesion. In The Republic, Plato identified that this should involve some form of Earth mother worship. This is the template. It is what we have today; a lie perpetuated by the elite to bring in global totalitarianism.

And they’re getting away with it, because we’re letting them.