I’ve never had haemorrhoids. I keep pretty healthy and don’t drink, so I think I’ll probably not have to deal with them.

If I ever did get a haemorrhoid though, I reckon it’d look like Yassmin Abdel Magied. 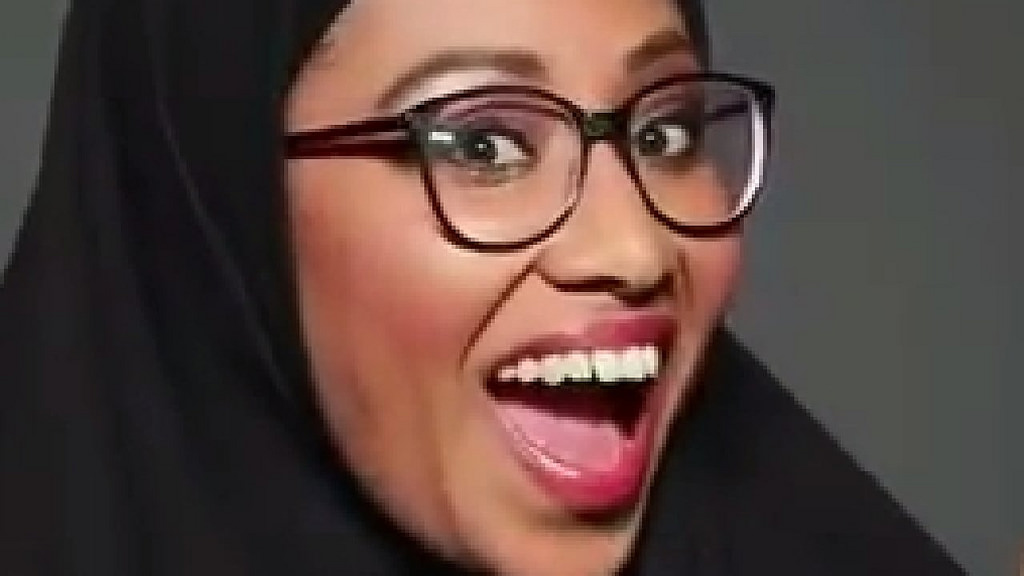 And like haemorrhoids, she just. Will. Not. Fuck. Off.

It’s great to see your enemies make a mistake. It’s even better to see them hounded out of the country and then come back having learned absolutely nothing so they keep making the same mistakes all over again.

Let’s lift the lid on this slow-burning dumpster fire.

“How was 15-year-old Yassmina, running around this block, to know that a decade later, these streets would hold more than simple, happy memories of early morning jogging sessions accompanied by the soundtrack of feet lightly padding along the pavement, neatly wrapped in the still silence of suburbia?”

WTF does that even mean? You didn’t know as an adolescent that your narcissistic, unstable personality and desperate need to piss everyone off would ruin your chances of success? 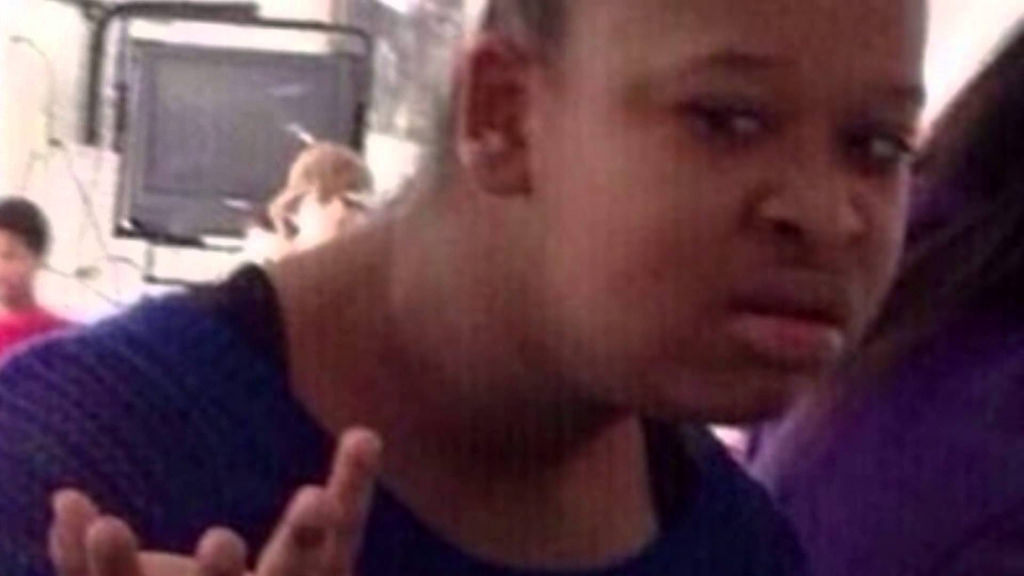 “How was 20-year-old Yassmina to know that five years later, her hard-won engineering degree would be the last thing that people knew about her, not the first? That six years later, she would have walked away from her dream of working on a Formula One team, ushered out of her job on an oil rig, squeezed out of her newfound role as a TV broadcaster, her mental health spiralling, reputation in shambles, and with a Wikipedia page that mostly talked about “controversies”?”

Now here we get some insight into the swirling mass of self-absorption that is Yassmin’s personality. Yassmin is an extreme specimen of what we see with all leftists. Whenever you encounter a leftist, this is inevitably what you’ll find.

In other words, nothing was Yassmin’s fault. At all. It’s all because of those white Aussie bogan bigots who just hate her cos she’s brown and wears an Ottoman on her head.

The injustice of it all.

“This was grief, but it was not just my career I was grieving. I was grieving my past self. It was the baby Yassmina I had lost, a resolutely positive and perhaps blindly optimistic young person, a soul unburdened by the knowledge of what the world does to people who don’t quite fit the mould and who want us all to be a little better. I had lost an innocence I didn’t even know I had.” 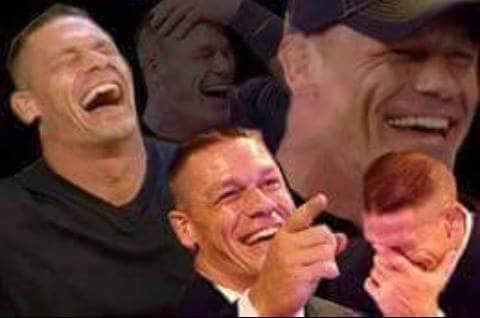 FFS you didn’t get hounded out of the country because you “don’t quite fit the mould and [wanted] us all to be a little better”. You became the most hated person in Australia because you’re an ungrateful immigrant who misrepresented a faith we’re at war with, attacked and mocked us constantly for being racist bigots and then finally committed the ultimate sacrilege of making fun of ANZAC Day.

HOW CAN YOU STILL NOT GET THAT YOU CRAZY BITCH?!?

You were born in a shithole, Yassmin. 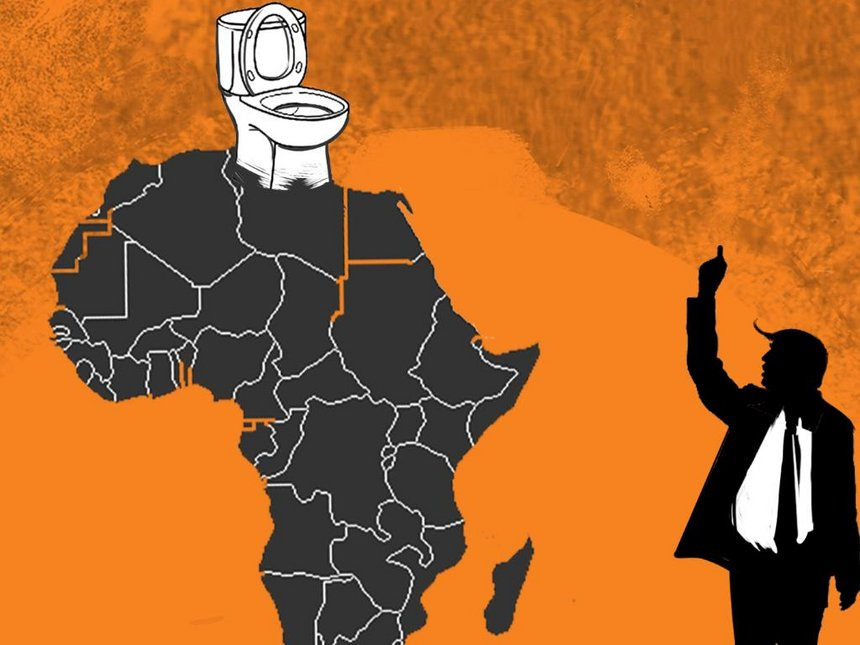 Khartoum, to be exact. This is what Khartoum looks like. Have you been? There’s not much “still silence of suburbia” there. 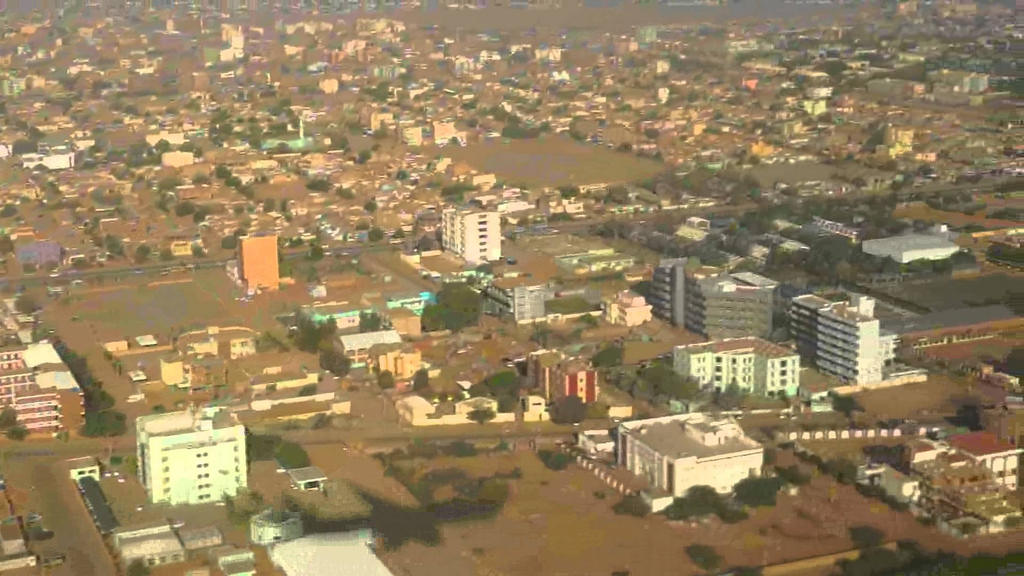 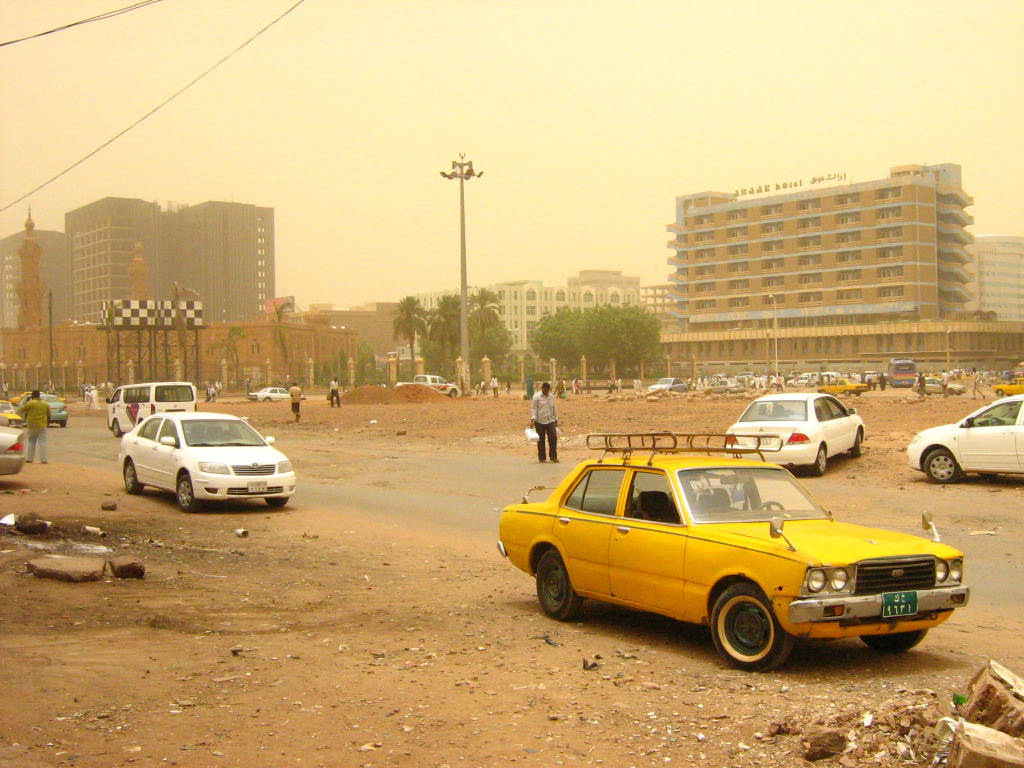 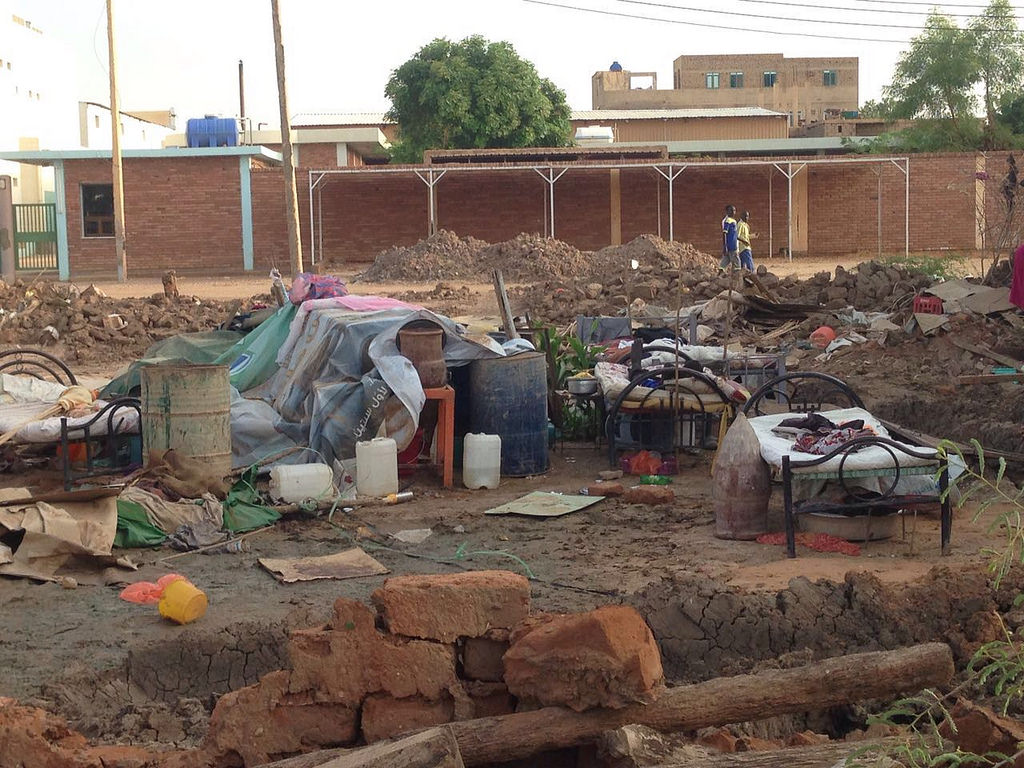 These places are not shitholes because of colonialism, white privilege or some other neo-Marxist fairy tale. They are created by low-IQ populations, whose poor genetics were in turn created by shitty belief systems.

Good genes and eugenic belief systems are a feedback loop, Yassmin, and one that we are the grateful inheritors of in the West. Two thousand years of Christianity refined European people to create the high-trust, high-IQ, high-functioning places like that suburb in which you grew up.

A similar dynamic prevailed in East Asia through Confucianism, although to a lesser degree in my view.

Africa, on the other hand, was created by Africans, and would be even more of a shithole if we hadn’t given your people things like paved roads, electricity, combustion engines and flushing cisterns. In the Middle East, Islam turned those previously advanced civilisational centres into shitholes; it is a dysgenic, corrupting, toxic belief system thoroughly incompatible with Western civilisation. And you know it.

But rather than acknowledge these truths, Yassmin, entitled invaders like you and fellow Saracen propagandist Waleed Aly push your backward desert religion and use the privileged status that Western Marxism grants you among our elites to destroy as much of our civilisation as you can. And you got paid very handsomely to do it, before you went too far and fucked the whole thing up.

All you had to do was keep steadily undermining white Australia while maintaining plausible deniability, Yassmin, and you could have gotten rich like Waleed. Might’ve even gotten a Logie. But you couldn’t do it. You’re too mental.

And you’re still doing it. You even think you’re an Aborigine.

“I now think of the death of baby Yassmina as a controlled burn, in the tradition of the First Nations people who are the custodians of this land. They understood that sometimes for change and regeneration, you have to raze the existing growth to the ground and let the new take root. And oh, yes, those flames are searing and yes, sometimes, I still hear the crackle and pop of burning flesh.” 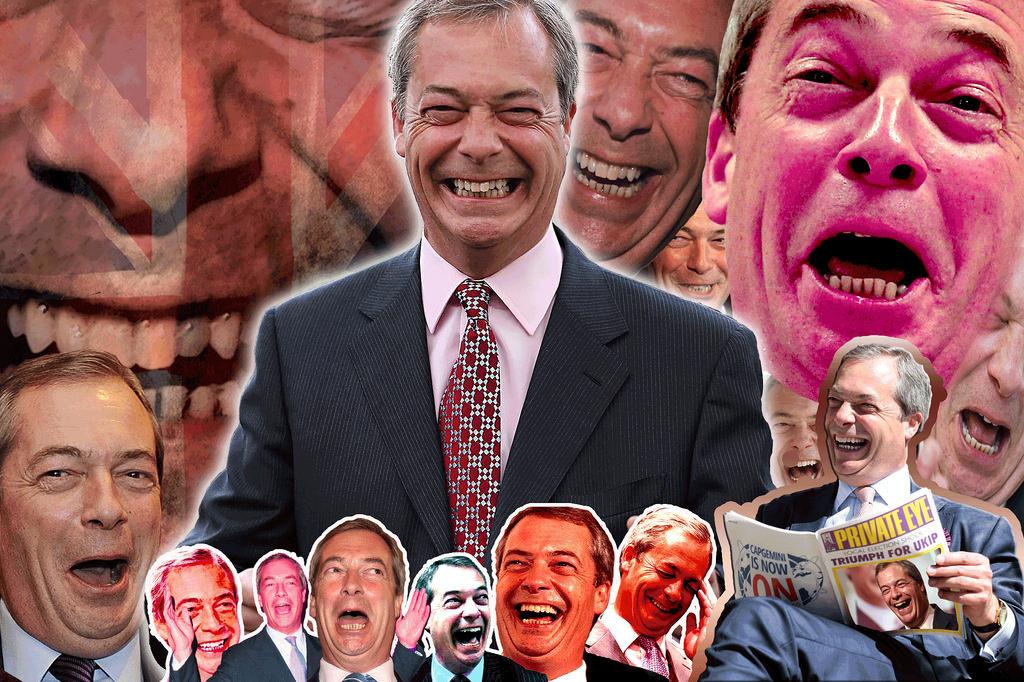 So you’re the bush now getting burned by those noble desert savages? What were you smoking over there in London, Yassmin? You’re nuts.

And you’re still posting about ANZAC Day you unhinged kook.

I really wanted to buy an Anzac biscuit at the cafe today. But then…

Just go away, Yassmin. After the war, Australians were too willing to accept anyone who wanted to come here. “Boundless plains to share” replaced “England soil and Fatherland, Scotia and Erin fair”. The postwar generations thought that brotherly universalism could fix the problems that caused the horrors of the trenches, and air raids and the concentration camps.

They were wrong. They didn’t fix the problems of the world. They just brought them here. Problems like you.

Go back to London, or even better, Khartoum. There are no silent suburbs filled with white Aussie bigots there. It’s very lively. You’ll fit right in. 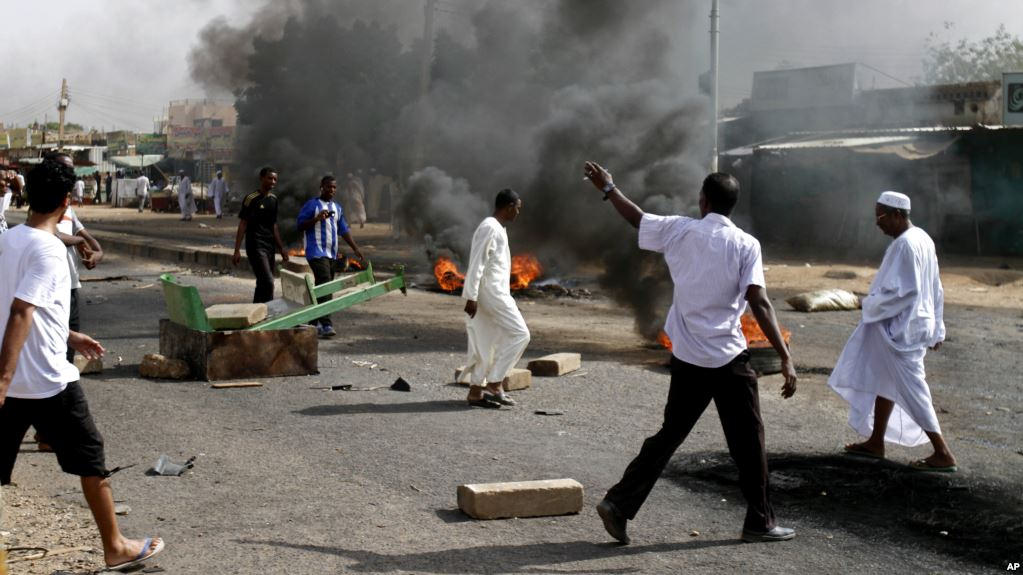