This is the first in a three-part series on Zionism written from a Biblical Christian perspective.

‘For we do not wrestle against flesh and blood, but against principalities, against powers, against the rulers of the darkness of this age, against spiritual hosts of wickedness in the heavenly places’ (Ephesians 6:12)

It hurts to admit this, but we got neoconned fam.

We got high on the hopium of a change we could believe in; that here was an outsider candidate who could free the people of the West from the toxic tyranny of unaccountable oligarchy and make white people great again.

And no-one got higher than me, trust me.

Instead, we got yet another Goldman Sachs guy.

A guy who makes record arms deals with Saudi Arabia, launches missiles into Syria for lulz, greenlights Israeli offensives against their neighbours and, most worryingly of all, has stuffed his inner circle with a new generation of Council on Foreign Relations neocons baying for endless war, endless military spending and endless support for Israeli adventurism.

Despite campaign rhetoric about not joining any more ‘dumb wars’, Trump’s 2018 National Defense Strategy labels Iran a ‘rogue’ regime and one of the four main threats to the US. This is patently ridiculous. The only material military threat to the United States would be an alien invasion, or a series of reckless conflicts in multiple theatres against China and Russia. The US spends more on its military than the rest of the world combined, on some metrics; and this doesn’t even account for the missing trillions at the Pentagon. 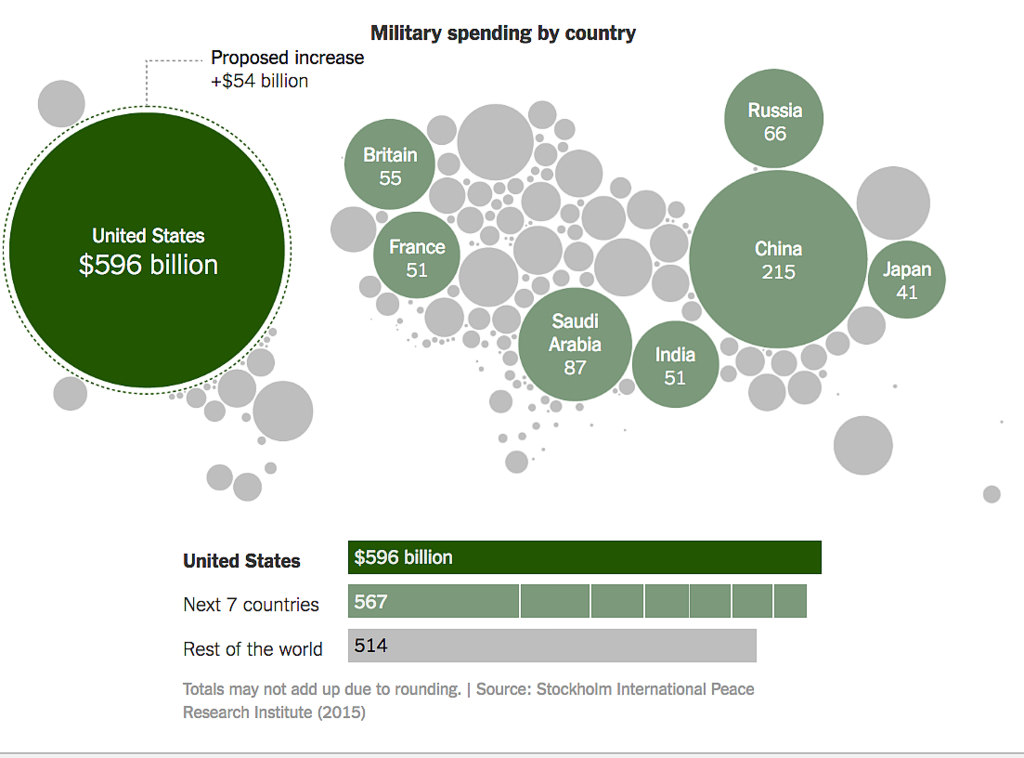 The only reason Iran is considered a ‘significant threat’ to the US is because powerful Israeli interests want it to be. And the only reason those interests have a say is because of neoconservative operatives in the deep state whose primary loyalty is not to the United States.

Neoconservatism is the ideological movement which gave us the Persian Gulf War, 9/11 and the War on Terror we’ve been in since. There is Aussie blood in Middle Eastern soil because of this toxic ideology, and the shills in the Australian media like Greg Sheridan and Chris Zappone who advocate for it. To see Trump bring neocons into his administration has been blackpilling af.

Neoconservatism is political Zionism; an expansionist ideology with origins in Trotskyite neo-Marxism. It has its roots in the Jewish magazine Commentary, published by the American Jewish Committee. The movement gained traction by opposing the cultural Marxism of the New Left; indeed, these two neo-Marxist ideological movements, both Jewish in origin and propagation, have provided the dialectic for Western politics since the 1960’s.

Now who is it again who always controls both sides? Dammit I can’t remember…

How the first generation of neoconservatives like Irving Kristol, Paul Wolfowitz, Elliott Abrams, Richard Perle and Paul Bremer made that long march from far left internationalism to fake right American imperialism is a case study in how Marxists don’t give a shit about ideals.

They care about power, for themselves and their tribe. And when those Trotskyite intellectuals realised that communist Russia was going to lose to capitalist America in the 1960’s, they rebranded themselves as liberal democratic imperialists.

When Francis Fukuyama declared ‘the end of history’ in 1989, he didn’t mean that history was over. This was the shallow interpretation given for the masses by the mainstream media. He was updating Marx, like other intellectuals such as Karl Popper and the Frankfurt School before him. What Fukuyama meant was that the worker’s paradise was no longer the utopian end-point, the telos, toward which history was inexorably moving. Instead, the end-point of history would be American-style liberal democracy. This and Samuel P. Huntington’s ‘clash of civilisations’ theory have provided the reigning paradigm inside the Washington beltway for the past 20 years, and both are used to support wars of aggression in the Middle East.

The second generation of neocons like Max Boot, David Frum, Bill Kristol and Jon Podhoretz, most of them Jewish, were the speechwriters, columnists and public intellectuals who enabled the destruction of Iraq under Bush and the destruction of everywhere else in the Middle East under Obama. The only country which has benefited from this mad rush to blow up the sand people has been Israel. 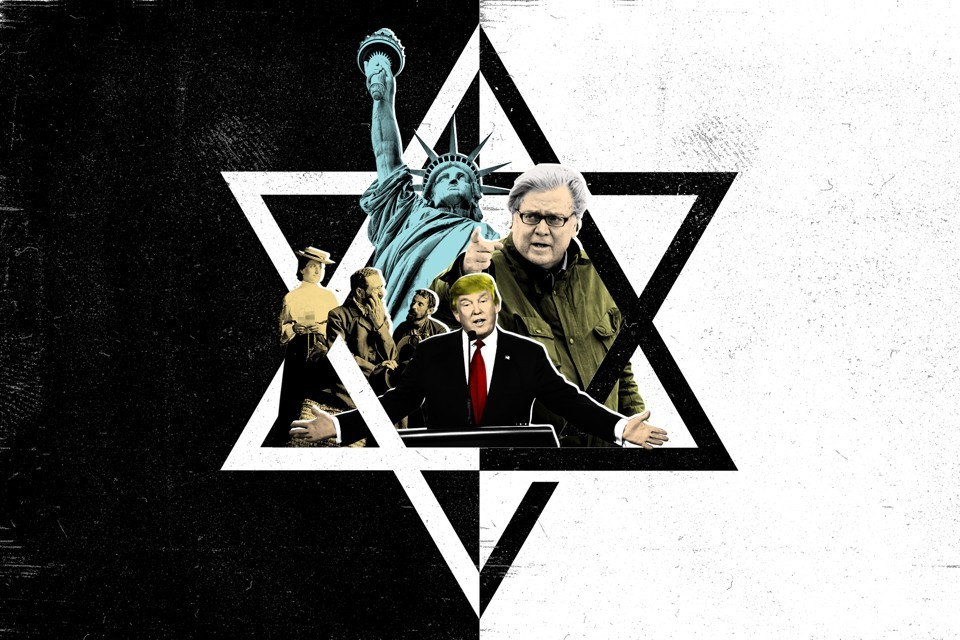 The strategy of the neoconservatives has been to turn Israel’s problems into America’s problems via staged terror attacks and the carrying out of atrocities in Muslims lands by Western forces.

And they’re pissed that they haven’t gotten their war against Iran and Russia yet.

This is not a pro-Muslim argument. I hate sharia as much as the next Aussie. But invading people’s countries and blowing up entire cities when they had not attacked us is just asking for trouble, and we’ve been doing it continuously since the 9/11 attacks 17 years ago.

And even if you don’t believe Israel played a leading role in carrying out 9/11, Israel and her sympathisers in the US deep state have benefited enormously from the consequences.

Israel and America’s key regional ally Saudi Arabia, however, have avoided any consequences, despite the official story being that it was Saudi nationals who carried out the attacks.

Muslims around the world hate Saudi Arabia, particularly Shia Muslims like in Iran. When they see such criminal hypocrisy, they are motivated to hate the West. Wouldn’t you be too?

You can spin it as 1488D chess all you want, it still doesn’t change the fact that Trump ultimately serves the same shadowy financial interests as all the other presidents. He doesn’t serve the American people.

He is beholden to lobby groups and power factions like AIPAC just as much as any other presidential candidate was. He himself is an oligarch, and so wields more clout, but as time goes on it is becoming clearer and clearer that his domestic policy of economic nationalism was a fig leaf for a foreign policy which continues with business as usual.

And business as usual at imperial headquarters means continuing the project of political Zionism, or what is deceptively known as ‘neoconservatism’.

Trump loves the neocons, and now the neocons love Trump. It’s Bush 2.0 all over again.

Just as international socialism and national socialism led to World Wars One and Two respectively, political Zionism is on track to cause World War Three. Iran is Russia’s key client state in the Middle East, and Putin has made it clear Russia will not sit back while the Anglo-Zionist-American establishment take out yet another stable Middle Eastern nation.

No more brother wars based on lies. No more fighting against fellow whites to fulfil a long-hatched plan for Jewish supremacy.

No more dying for Zion.