It must be really hard to be a Buzzfeed blogger these days.

Not only do 75% of them have dangerously low testosterone levels, they’re also living in the shadow of a murderous troll army being built on the dark web by the supreme lord of global warming himself, Clive Palmer. 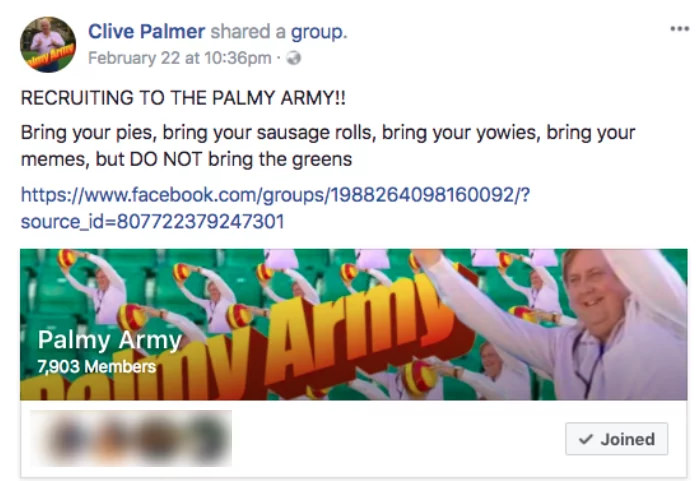 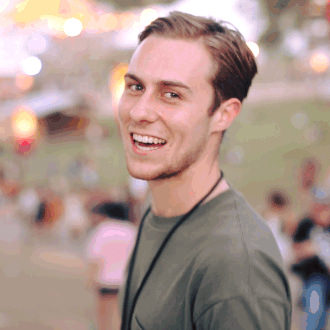 Who even does that open-mouthed Soylent bugman nu-male smile. The man is a meme.

Brad dug up his big scoop for this week after some brave investigative muckraking in the seedy underbelly of society.

That’s right. He joined a Facebook group for Clive Palmer memes. Then he discovered that some of them were… racist! 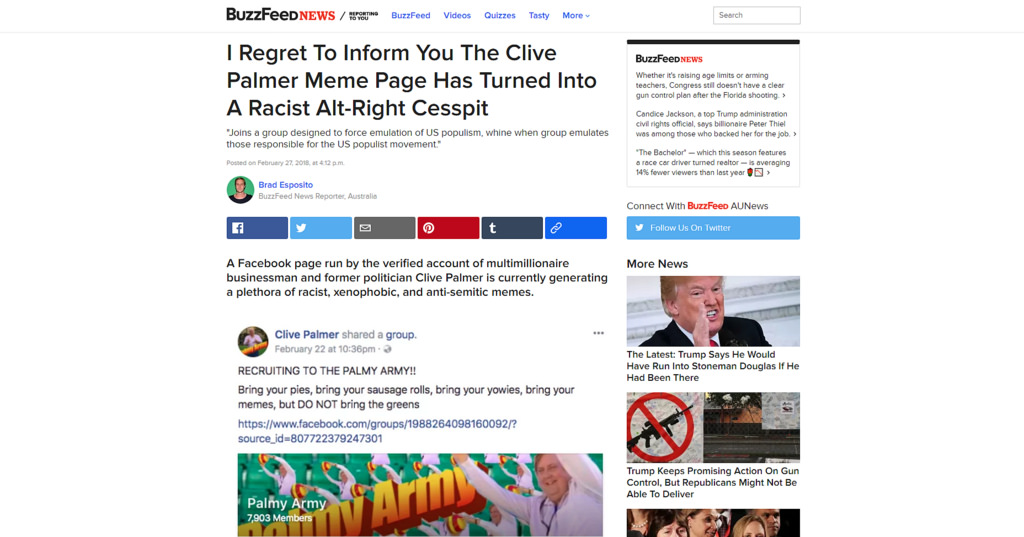 Although I preferred the original header for the story.

The levels of fretful hand-wringing in Brad’s blog piece are off the charts.

Increasingly problematic images have flooded the “Palmy Army” Facebook group, set up by someone running Palmer’s official account last week, encouraging the mantra “fuck off we’re full” and including photoshop efforts that show the 63-year-old depicted in Schutzstaffel Nazi uniform while his political opponents sit in a gas chamber, among countless others.

“Problematic”, Brad? Are we in primary school now?

You do realise we’re in a war, don’t you, Brad? And in war, sometimes people’s feelings get hurt.

People whose feelings need to get very, very hurt. 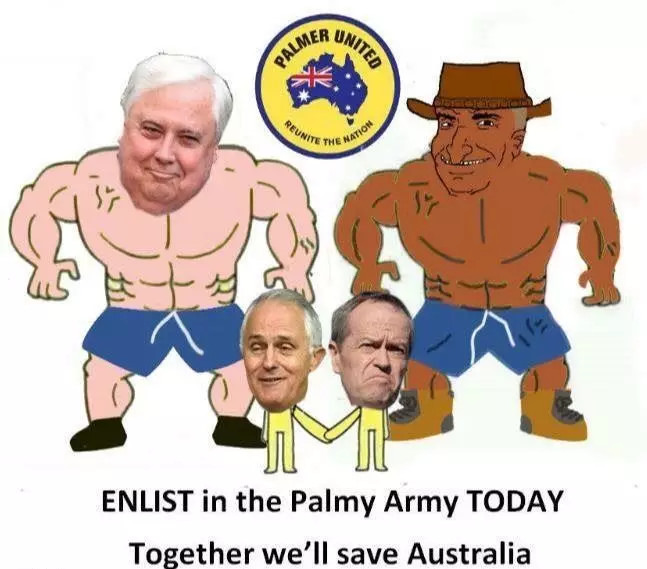 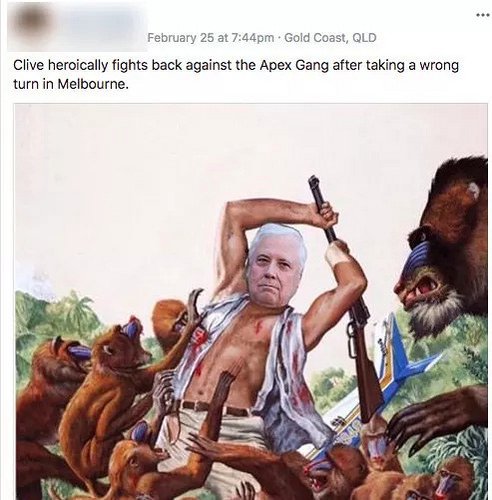 According to Brad, Clive’s even ‘orchestrating planned raids of other politician’s facebook [sic] pages’.

You mean nationalists are able to plan now, Brad? Sheeeit.

Then Brad veers straight down into gossip columnist-tier writing.

Most of Tuesday has seen the group slowly devolve into further chaos. Fights over the purpose of the group have broken out, with supporters of Palmer arguing the rampant racism and problematic memes could cause controversy that would damage Palmer’s reputation. Most of these arguments are met with vitriol from the newer, more aggressive divisions of the group. Elsewhere on the page, some users complained their friends were being banned and could no longer join the group.

Which isn’t surprising I guess, given that Brad is basically a gossip columnist for washed-up Gen X thots transitioning to their catlady future.

Brad doesn’t know it, but he’s a shill for an order, a culture and a worldview that is dying. Peoplekind like zhe are the last vestige of postwar universalism; vanishing remnants of the Boomer utopianism which has ruined Western civilisation.

And the kids want nothing to do with the self-hating Soylent future so desired by the Brads at Buzzfeed.

No one’s getting gassed, Brad. At least not by us.

The astonishing speed at which the Palmy Army group grew to nearly 10000 members on Facebook in just five days scares the left. The more astute among them know that this is evidence of just how much Gen Z are rejecting the poz programming they received at school and are rediscovering old truths thought long-gone.

This drives the left nuts, because it reveals how fictional their worldview is and how phony their morals are. You see, the left think they’re smarter and better than us thoughtcriminals because they went to yooni and live in places like Newtown or Brunswick, where everyone else has the same opinions as them.

Brad from Buzzfeed is no exception. He’s the type of intellectual lightweight you find on campus who thinks postmodernism is still a thing and that Yoko Ono is yellow Yoda.

Such as this gem Brad retweeted from Ono recently.

Time is a man made concept. Therefore, 'when' is not a relevant thing to think about. Just know that it will happen, yesterday or tomorrow.

Otherwise, why would he be retweeting fictions from deep state-supported race agitators like the NAACP?

Six years ago on this date, #TrayvonMartin was killed. May we never forget to #SayHisName pic.twitter.com/SUBGg0vnRF

I guess it pays the bills, right Brad?

Who cares if you’re a slave to the agenda of international finance, helping to engineer a race war and usher in a totalitarian, neo-Marxist dystopia?

You’re on the right side of history, right?

But Brad, I have some bad news. You ready? 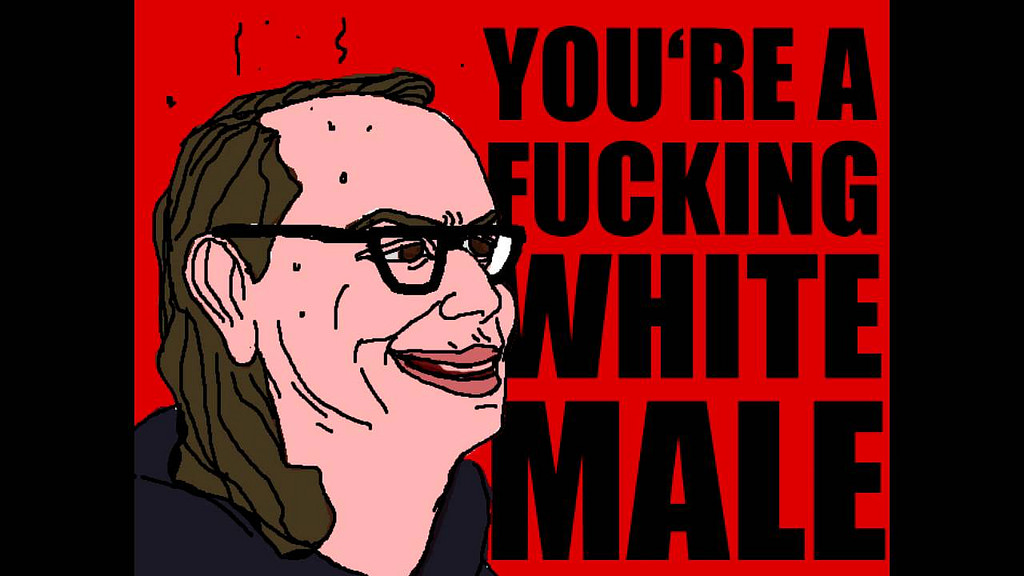 You’re going to get gulagged just as much as me, Brad. The weaponised swarthy hordes were only ever going to tolerate you for as long as it took them to gain demographic superiority. We’re already seeing the Democrat Party in the US purge whites, and the same is coming here for Labor and the Greens.

And one day Brad, the same thing is going to happen to you as happened to Victorian Police Assistant Commissioner Brett Guerin this week. 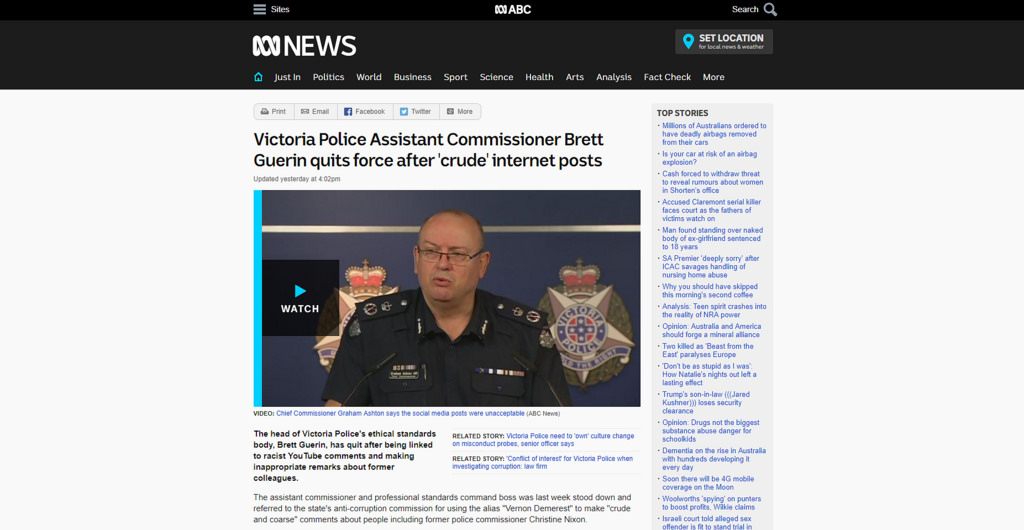 You won’t get fired for shitpoasting though, Brad. You just won’t get the job.

And after that, it’s camps. Because with Marxism, you always get camps. 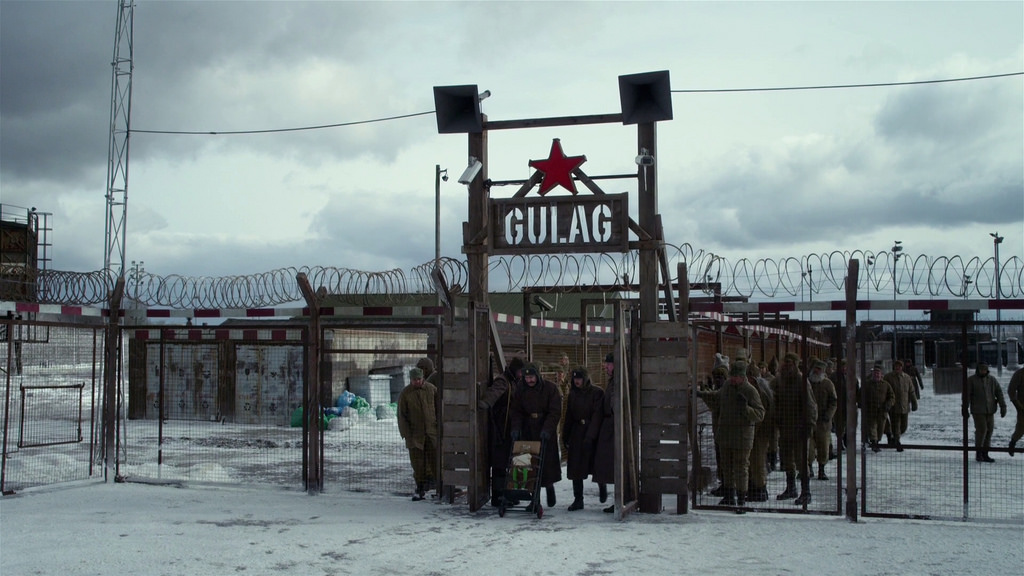 The only way we’re going to avoid this scourge is by standing up to the PC totalitarians now, while we still can. And to do that, we’re going to need organisation and leadership.

If only there was a charismatic, independently wealthy leader who dgaf and is willing to stand up for everyday Australians against the Marxists. 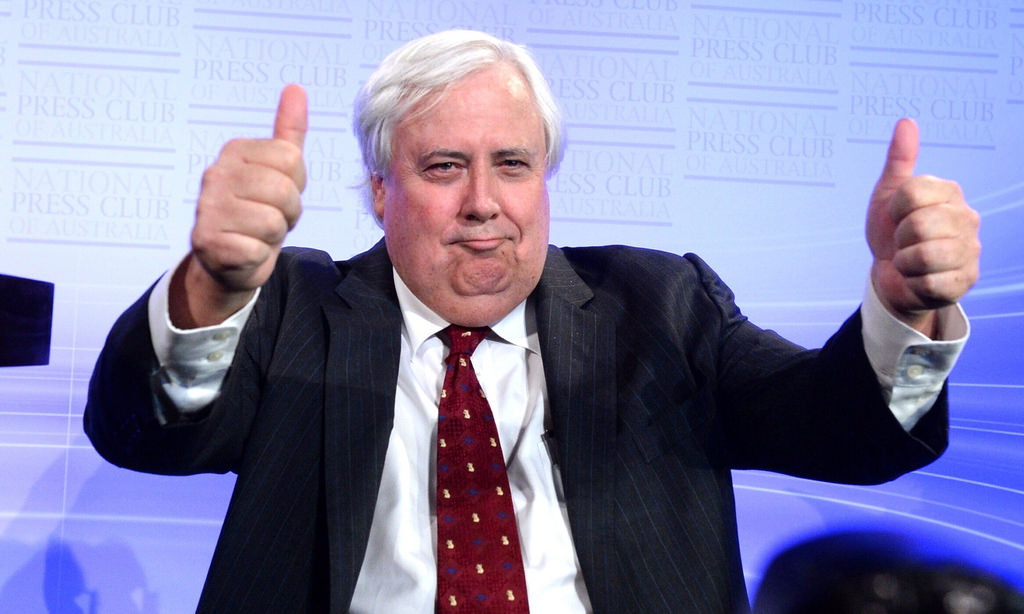