For 50 years, postmodern leftism has been like General Zod from Superman II – an unstoppable alien entity which arrived hostile and bloodthirsty to destroy mankind.

Or at least white mankind, anyway.

Since the ’68 revolution when the New Left took control of campuses across the West, this identity cult of relativism, nihilism and anti-white zealotry has taken over every classroom, lecture hall, media studio and office in Australia. It is now the public religion of the nation.

Conservatives have stood aside, or been covertly supportive, of this deadly philosophy. No weapon has been found to stand against it.

Until now. Forced underground and into the shadows, those not infected with the zombie virus of cultural Marxism have been studying it and probing its weaknesses. We went back to its origins and discovered how it can be destroyed.

We found the Kryptonite of this anti-white cult, and that Kryptonite is simply calling it by its real name. Who’d have thought?

Now that we’re calling out cultural Marxism for the noxious delusion that it is, the globalists are worried. One of their primary shills at Fairfax, fake news peddler and warmonger Chris Zappone, has decided to deal with the problem. 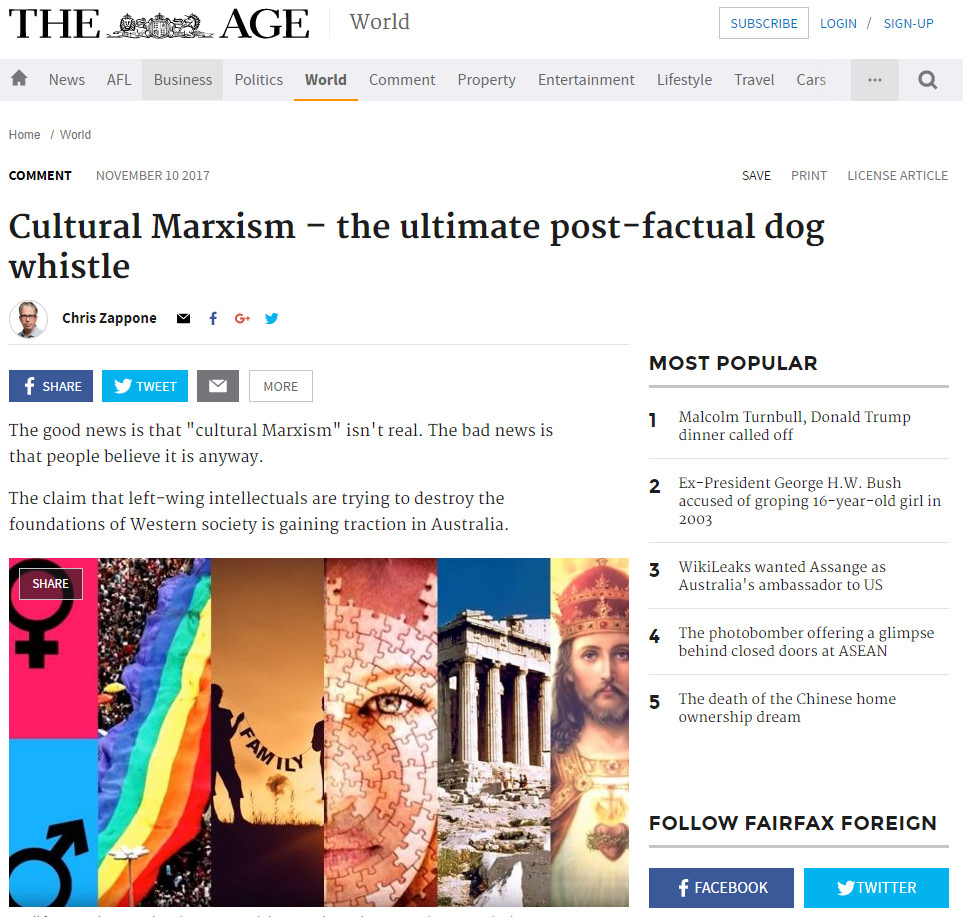 Neocon Chris and his deep state handlers must be concerned about the growing awareness of cultural Marxism to acknowledge it so openly. Until recently, if you searched for ‘cultural Marxism’ on Wikipedia, it redirected to a stub about conspiracy theories. They’re still trying to call it that, despite the growing knowing…

“Cultural Marxism” is a viral falsehood used by far-right figures, conspiracy theorists, and pundits to explain many ills of the modern world.

We’re just stupid bogans! That’s Chris’ take on anti-globalism. The world is just too confusing for us, so we make up stories to soothe ourselves, like primitives on some desert island who intermarried for far too long and decided to start worshipping a coconut.

This is a common attitude among the far left elite to the rising white nationalist sentiment across the West. Rather than engage with our ideas and refute our arguments, they mock, scoff and slander. They call us deplorables; a dying breed being replaced by the more rigorous and more vigorous swarthy peoples of the world.

Of course, Chris then brought in a high priest of academia to show his views have the mandate of heaven.

University of Melbourne international relations lecturer Daniel R McCarthy says Latham and others “are using the term rhetorically to paint opponents of their political positions in a bad light”.

“They label movements for LGBT rights as ‘Marxist’ in the hopes that this will frighten people into voting against things like gay marriage,” McCarthy says.

“This is a clever rhetorical strategy, if dishonest or, charitably, simply deeply confused.”

See, bigot! You’re just confused. Or a liar. What an argument!

So who is this Dr McCarthy? 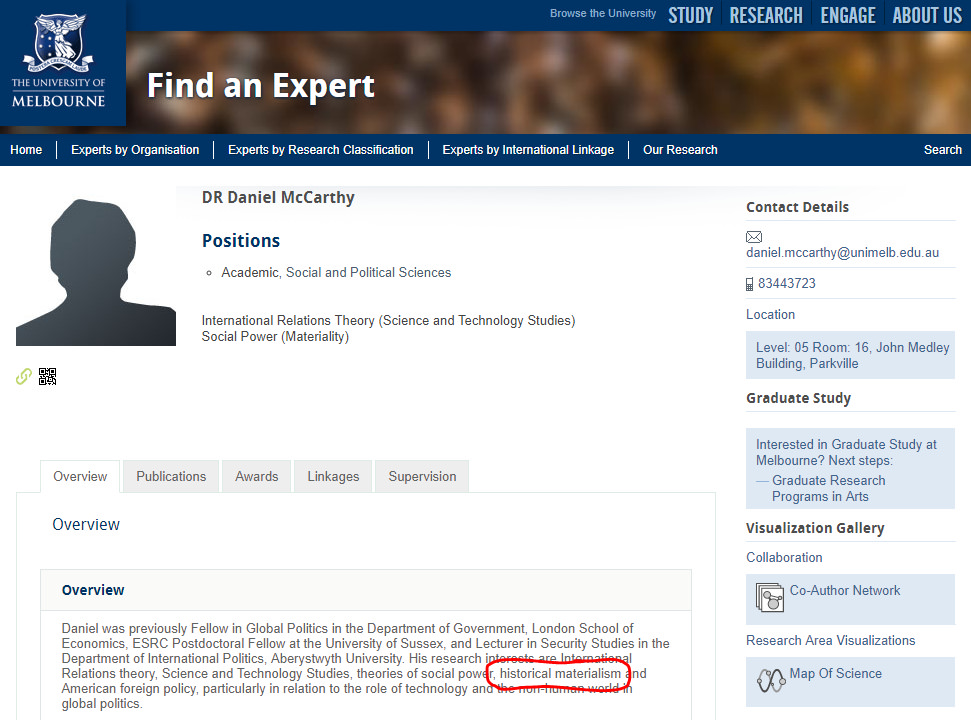 Well whaddaya know? I may be an unenlightened ignoramus, but I’m pretty sure asking a cultural Marxist whether RWNJ’s pointing out cultural Marxism to the plebs is good or not is shoddy journalism. Dr McCarthy’s research interests include ‘Gramscian industrial relations’. WTF is that, I hear you ask?

The guy who came up with the strategy of tactical deception used by… cultural Marxists. 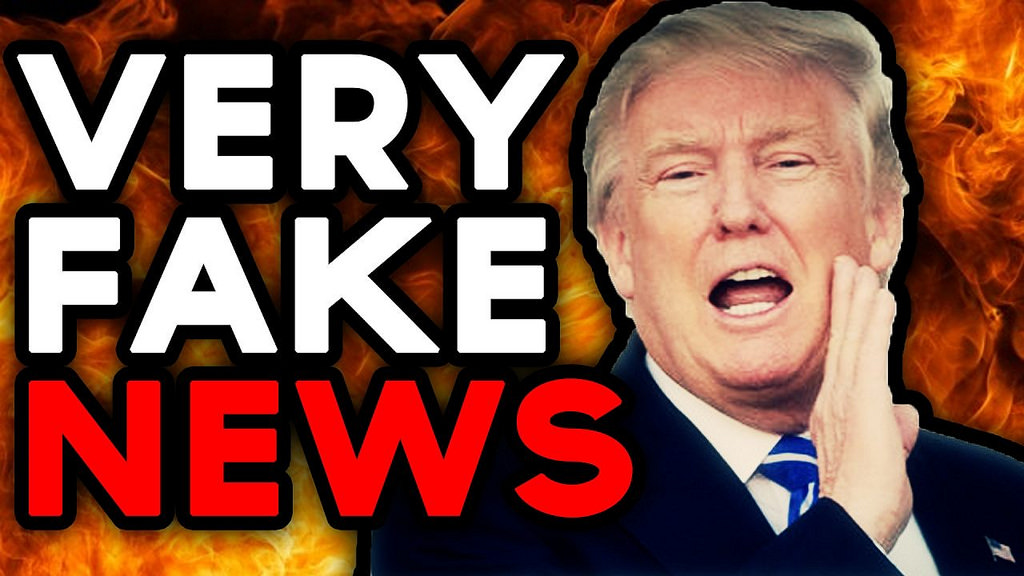 The truth is, we didn’t come up with the label of ‘cultural Marxism’ for the sneaky, treasonous religion the grubby, neo-Marxist intellectuals introduced into the classroom in the late 60’s. They did. 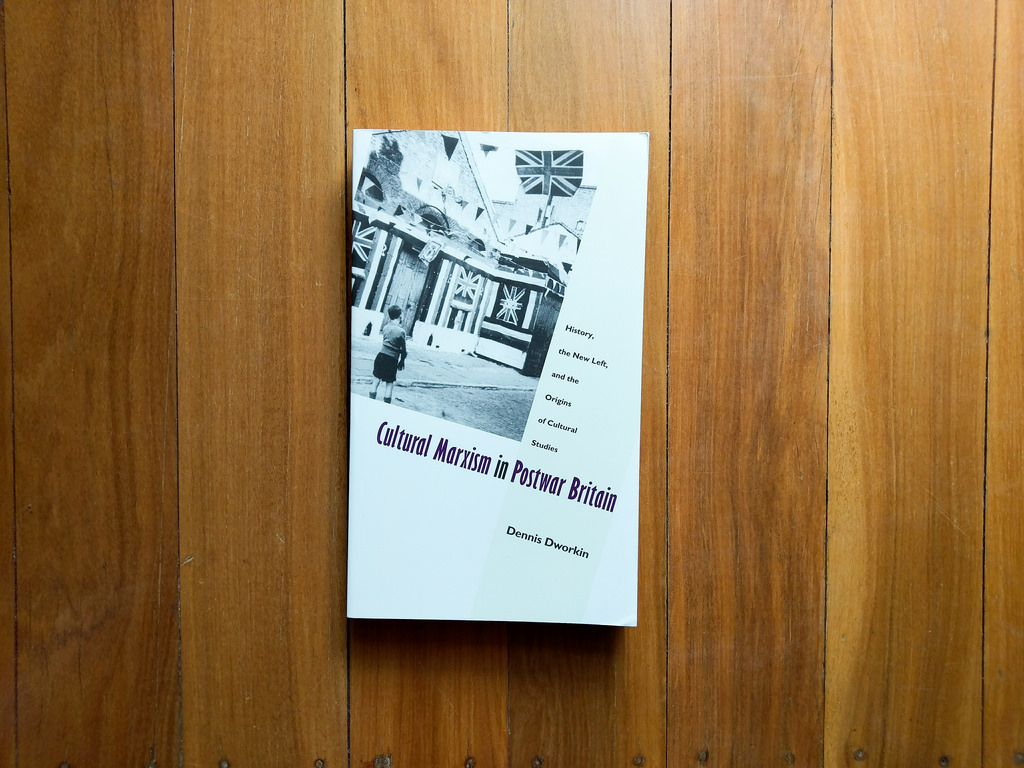 The usual narrative put forward by us phobic RWNJ conspiracy theorist bigots about the origins of cultural Marxism traces it back to the Jewish intellectuals of the Frankfurt School in the 1930’s. That’s accurate, particularly in relation to the spread of Western Marxism in the United States and continental Europe. The failure of the Russian revolution to spread westward after 1917 did cause a crisis of faith among Marxist radicals, which led them ultimately to evolve.

Kind of like we right-wingers have done when you think about it, Chris.

Consensus was reached between most of the communist factions in the West that Christianity, capitalism and the resulting culture of independence and social cohesion were the problems. The Marxists then set about undermining those using a fifth-column approach and they’ve been doing it ever since.

As Dworkin outlines in his book above, the development of cultural Marxism in Britain took a slightly different track. In Britain, cultural Marxism also spread through the universities, however it spread mainly through the establishment of Cultural Studies courses. Cultural Studies spread the practices of deconstruction and the application of critical theory to other disciplines, slowly colonising all the disciplines. Now, even STEM courses are pozzed af.

Does Zappone address any of this detail? Of course not. He just hyperventilates about us using ‘information attacks’. Seriously.

“In that sense, it becomes part of warring narratives, a dog whistle to others in your community.”

Allenby pioneered the study of what’s known as a weaponised narrative, a form of information attack using ideas, words and images to drive wedges into society, weakening it overall.

He believes the use of the term “cultural Marxism” indicates “that the dynamics of weaponised narrative might be at play.”

Among the alt-right, for example, partisan groups used weaponised narratives during the 2016 US election that led to confusion and added to negative noise around legitimate candidate. The widely debunked Pizzagate conspiracy theory promoted by trolls in the US is another example.

In 2015, anti-European Union trolls used the same techniques to influence the public’s perception of the European immigration crisis.

So it’s not that billionaire George Soros is bribing politicians across the EU while also funding NGO’s to ferry millions of fighting-age jihadis into Europe, to the joyful cheers of the far left elite. That’s not why white people are getting angry.

We’re getting angry because of memes. 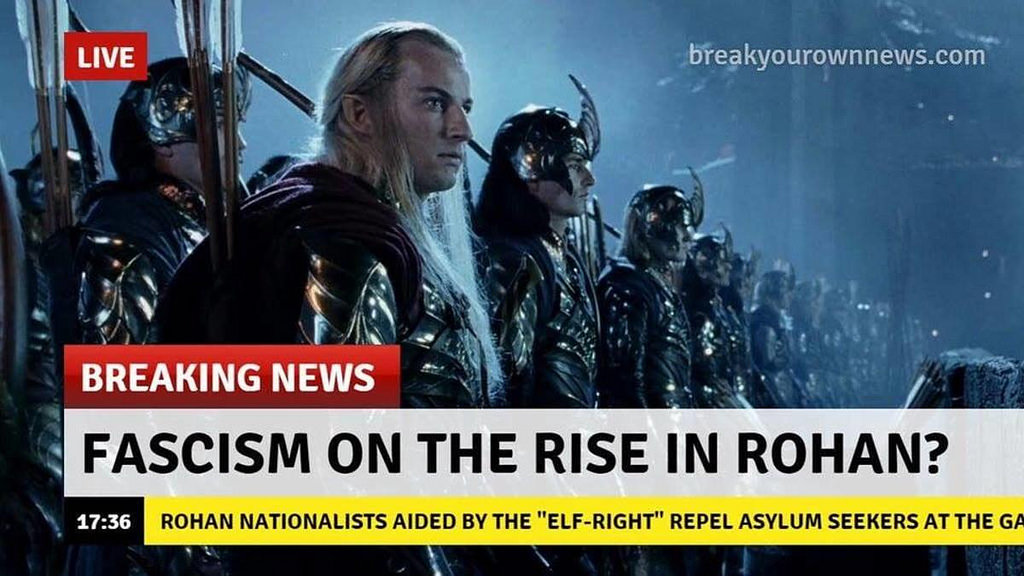 Either Zappone thinks we’re very stupid or he is very stupid. Probably both.

All of Zappone’s writing these days is ultimately grounded in a bedrock belief that white men are evil, hateful creatures who must be overcome. Only someone filled with hate for white civilisation could craft narratives like this.

In Zappone’s zippy world we ‘dog whistle’, we use ‘weaponised narratives’, we are filled with resentment and fear. It looks to me a lot like projection.

No to unbridled globalization, no to ethno nationalism, too https://t.co/E6uAYU4jma

And uneasy with the ‘real world’.

Like a conspiracy theory, cultural Marxism gains its power from its ability to be applied broadly to many aspects of modern life. The willingness of swaths of the public to accept such views also reflects unease over real-world issues like economic uncertainty, fears of terrorism, and anxiety with demographic change.

The nature of information and views shared on social media means even things that never happened can become a political issue if enough people agree they exist.

You offer no arguments to support your views because you can’t, instead sneering at the everyday people of this nation who are sick of a corrupt elite using neo-Marxist ideologies to advance an agenda that serves only their interests, not ours.

You should be more of an expert on conspiracy theories, Chris. You’re full of them.

You gotta cut back on the morning bongs, dude.

Chris, how do you still have a job?

And we haven’t even started with his cheerleading for World War III on his little blog.

Whoever you work for Chris really, really wants a war with Russia.

Getting back to reality, though, establishment journalists like Zappone drawing attention to cultural Marxism is a sign of weakness. It shows us international socialism and its derivative ideologies – neoconservatism, neoliberalism and cultural Marxism – are bleeding.

And if it bleeds… 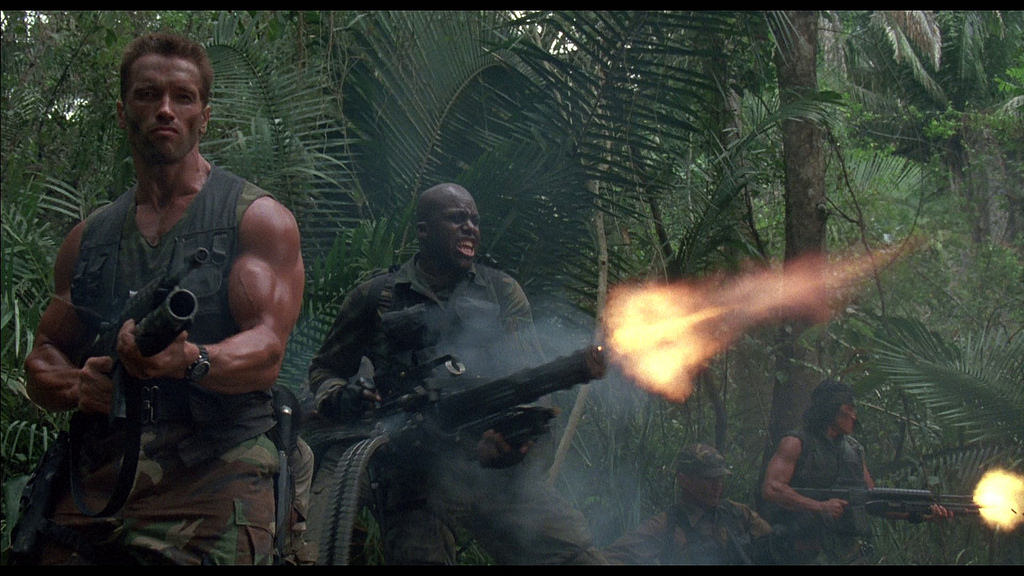 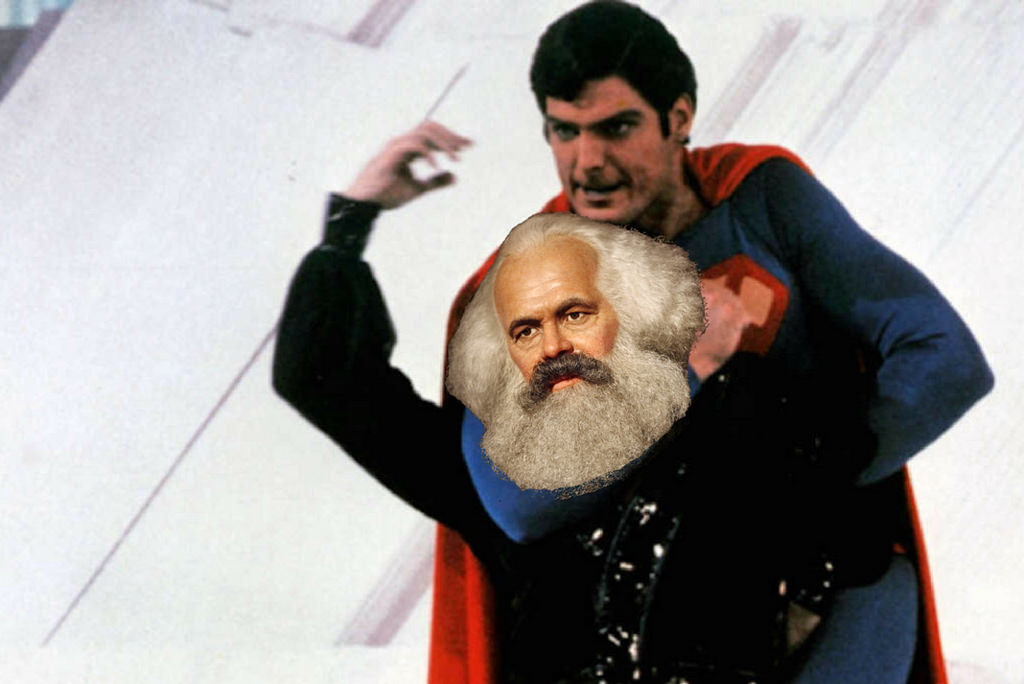