Defence Industry Minister Christopher Pyne is having a bad day. 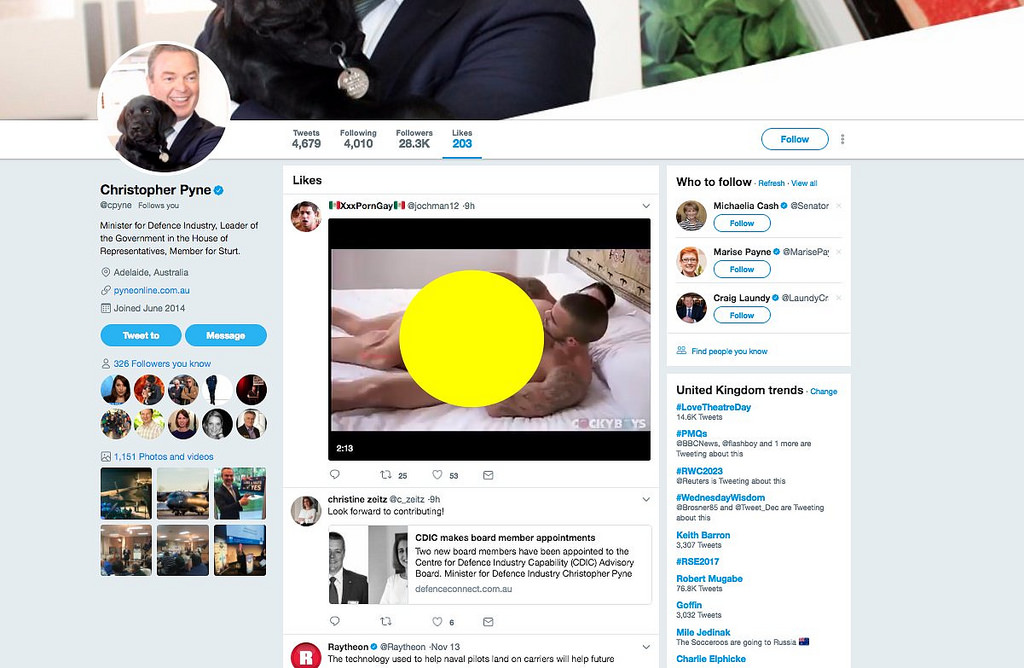 I bet the missus is real happy about this one. Mr Pyne’s tweet has since been deleted.

A claim not even the testosterone-challenged manlets at Buzzfeed believe.

Cory’s onto this like Harvey Weinstein on a shiksa.

“The Twitter bot is always watching and it is automated,” Mr Byrd said.

“Like the Terminator it never sleeps, it never stops watching.”

And we thought SkyNet was going to take over the nukes and declare war on humanity. Instead, it’s more likely to bust you for sneaky nut-busting.

Mr Pyne’s defence seems to be the go-to strategy these days when anyone in power gets caught doing something wrong.

Get caught selling uranium to those same Russians?

Get caught giving the knob a throb to Bob and Rob while the family’s asleep?

It’s really wearing thin. Will any of these crooked politicians take responsibility for their actions, even once?

Lost amid the partisan MSM coverage of Mr Pyne’s midnight peccadillo is the effect this revelation must be having on his wife and four children. The same establishment voices who expressed such a high regard for the institution of marriage in the lead-up to the vote now seem oblivious to what this story might be doing to an actual marriage with actual children. 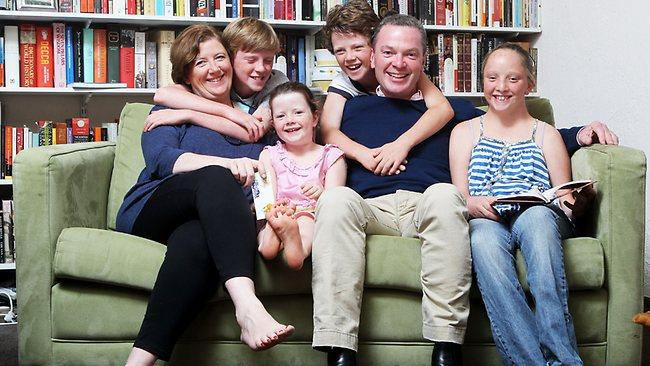 But who cares, right? The rainbow coalition got their cultural victory.

And at least one man was very, very happy about it.