By popular consensus there are three types of pie; apple, meat and GST Revenue.

Serving methods for these three also vary. The meat pie is best served either upside down or in a thick pea soup, apple sliced with a side of cream, and GST by grabbing as much in one go as possible.

Getting the biggest slice of GST possible is an unwritten mission statement of all State and Territory governments, as for them it is effectively free money. GST is run by Canberra, making a convenient ‘someone else’ to blame for what is after all another tax, while having a piece of the revenue involved helps them pay for all their otherwise
unbudgeted election promises.

So, slices of GST pie. Keep that in mind for we shall get back to that soon. 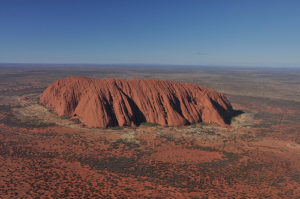 Now digressing slightly, it has come to our attention that the NT Chief Minister has been sending out emails to all his little public service minions asking them to update their current address on Medicare. The suggestion being made is that since a significant percentage of the public service has been hired from interstate, a significant percentage still formally list their residency as ‘somewhere else’ and hence the claimable population of this vast lump of Australia is less than it could be. Therefore, ensuring your address is up to date and somewhere to the north of South Australia is currently considered by young Mr Gunner as somewhat important.

People who have since moved out of the NT on the other hand are currently of lesser concern, and can formally keep their Territory listed address for as long as they like. No big deal. Low priority. Nothing to do with faking the current population numbers.

Why is this important?

The larger the population, the louder one can cry poor in front of the cruel and selfish GST overlords, and the more a local leader can put off the task of actually sorting out their own backyard.

We’re your XYZ, and we’re helping your diet.