The book of Ecclesiastes tells us there is nothing new under the sun. It’s a profound statement. There is also nothing new about the sun, either, as we shall see.

Like many in this emerging movement of the right, I am fascinated and disturbed by what I believe to be the imminent collapse of Western civilisation. It’s mad, I know. Walking down the street of an Australian city, particularly a part of one still filled with Australians, it seems impossible.

So has thought every mighty empire at a civilisational highpoint just prior to the barbarians marauding over the horizon, however.

This question of what causes civilisational collapse also haunts the field of Bronze Age archaeology. It still causes fierce debates to this day. The best that the leading academics in the field can come up with is to say that civilisations collapse, like the Bronze Age Mediterranean ones or the Western Roman Empire, when a combination of catastrophes occurs in too-quick a succession for them to be fended off.

When famine, civil unrest, earthquakes, volcanoes and then marauding barbarians show up all at once, it’s just your time. Decades of fieldwork and research and that’s the best the academic community can come up with to explain what causes civilisations to collapse and dark ages to begin.

There is another pattern to civilisational collapse which the academics don’t acknowledge, however. It’s that when societies are collapsing, their gods can’t help them. Their priestly class is impotent in the face of the threat, unable to even perform their primary function and warn the people and then explain what is going on to them.

After all, that’s what priests are supposed to do. It’s also what academics do. That’s because, in our civilisation, the academics are the priests. They’re the soothsayers and court magicians. They replaced the church during the Enlightenment and have held their position as the highest authority on all matters ever since.

And just like the priests in previous eras when change was happening which conflicted with the orthodoxy, our priests are unable to explain what is happening and what is going to happen shortly to our world. They keep telling us that white men cause all the racism, there is no such thing as gender, central banks can ensure endless prosperity for all, Karl Marx did nothing wrong and anthropogenic global warming caused by industrial civilisation is destroying the planet.

None of these things are true, but you can’t say so if you’re a member of the priest class who staff our universities. Contradicting any of these things would make you a heretic. And heretics don’t get funding, let alone tenure.

Unfortunately for Prof Cline in the video above, there is a single explanation for why the Bronze Age civilisations, the Western Roman Empire and other civilisations throughout history collapsed. You just need to have your mind open to be able to see it.

The main force which drives the cycle of civilisations is the solar cycle, specifically cyclical changes in the energy output of the sun which affect not only the climate of the Earth, but also the magnetosphere and atmosphere of our planet.

Establishment scientists in the West scoff at such an assertion, but they are fools. Believing they are the inheritors of the tradition of Copernicus and Galileo, dispelling superstition and ignorance with the power of their intellects, they are instead the postmodern equivalent of the medieval academic elite who persecuted those free thinkers. They’re the Inquisitors now.

A downturn in the solar cycle is referred to as a Grand Solar Minimum. Unfortunately for us, and as I covered in these pages earlier this year, we entered one at the beginning of 2017. Sunspot measurements, used as a proxy for levels of solar output, crashed precipitously at the beginning of this year. According to Nature, the rate of decline of solar activity recently has been faster than at any time in the last 9,300 years.

It’s the famine that this causes which has historically caused civil unrest and then those marauding barbarians.

The effects of the current Grand Solar Minimum are already being felt. 2017 in Newfoundland, Canada, is being referred to as the ‘year without a summer’, while Edmonton received unseasonal summer snow this year. Nearby Jasper ski area also received an unprecedented early-season snowfall which broke all records. Locals were stunned. And these are Canadians we’re talking about, eh.

What added to their confusion was that only two weeks before Edmonton broke a 108-year-old record temperature for September, hitting 32.2C. This is also to be expected as we head into a Grand Solar Minimum; along with a general cooling trend over the next 15 years we can expect greater turbulence in local temperatures. This has aggravating effects on storm intensity as well as on crop losses.

On the other side of the North American continent, Californians were skiing in summer. This followed a monster winter last year.

The autumnal equinox doesn't arrive until 4:02 p.m. ET today. But it's snowing a month early in the Sierra Nevada. https://t.co/JLcZwd8Vk3

All while Arctic sea ice is up 40% from this date five years ago, Amsterdam recorded its coldest September 16 ever (then their weather bureau erased the data) and we’ve had our lowest temperature dips in years along with record snow dumps.

The Grand Solar Minimum which began in January this year, which some are calling Minimum Eddy after astronomer John A. Eddy, is not just about cold weather though. It is also a harbinger of massive earthquakes, like the series that have been striking Mexico and the US west coast.

Hurricane Irma ravaged the Caribbean, and now, #HurricaneMaria is following a similar path. Here's how they compare: https://t.co/2oHCtUYCiD pic.twitter.com/2D9Rxa4aCS

Such events will intensify over the next 15 years as we enter the Grand Solar Minimum, and if the pattern of history repeats the population of the planet will be much lower by then. It’s a cycle as old as time.

We shouldn’t be afraid, however. Knowing that such events are on the horizon is the most important first step in preparing. There are many resources available to people who wish to understand and plan for what is ahead.

YouTube channels such as Ice Age Farmer and Adapt 2030 have useful information, as well as books such as Dark Winter and Upheaval by US national space policy advisor and NASA consultant John Casey. There is plenty of information for those willing to look.

The next step beyond that is to take action to prepare. Key to this, in my view, is a mindset shift from thinking of ourselves as passive consumers in an impersonal system to interdependent producers in an organic, rooted community. Society after the changes that are ahead will be less complex, less abstract and less abundant. There will be suffering. It is my view, however, that there will also be a rediscovery of more fulfilling and rewarding ways of living.

The obsessions of the current establishment, such as ‘sustainability’ and ‘green energy’, will become old gods which no-one pays attention to. The academics associated with the current order will be discredited. Their temples will be appropriated for a new regime or abandoned as ruins.

New gods will emerge, and new priests. And the cycle will continue. 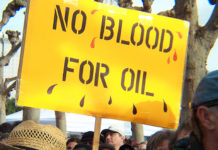 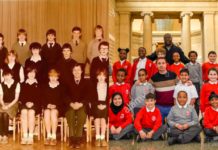 How I Became An Ethnic Nationalist