Just like his fellow anti-Western, alt-left bloggers at CNN, where he worked for four years, Stan wants to eradicate any memory of Western heritage to make sure that there is no racism in the future. 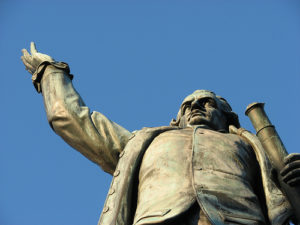 Writing for their ABC last Friday, Stan was moved by the statue of evil white male Captain Cook in Hyde Park, Sydney, to make his call for the destruction of white Australian identity. Being clever, Stan says that he doesn’t want to see the statue taken down, but that “There are indigenous people who for good reason would prefer to see it removed.”

We know what you’re saying, Stan. It’s like the old ‘moderate’ Muslim trick: “I don’t mind if you criticise Islam, but there are terrorists who will come blow you up if you keep doing it”. Subtle.

As anyone with half a brain can see, if the alt-left get their way and statues of great Australian pioneers, leaders and explorers get torn down, there will be a civil war for the first time in our nation’s history. The battle lines in that war will be along ethnic and ideological lines, and it will be entirely due to the cultural Marxism of hate merchants like Stan.

For true believers like Stan though, that doesn’t matter. Whitey has got to pay. In his article, Stan wrote:

On the base of the statue is an inscription in bold letters:

It has stood since 1879. When it was unveiled more than 60,000 people turned out. The procession at the time was the largest ever seen in Sydney.

No-one present then questioned that this was the man who founded the nation.

But think about that today. Think of those words: “Discovered this territory.”

My ancestors where [sic] here when Cook dropped anchor. We know now that the first peoples of this continent had been here for at least 65,000 years, for us the beginning of human time.

Yet this statue speaks to emptiness, it speaks to our invisibility; it says that nothing truly mattered, nothing truly counted until a white sailor first walked on these shores.

The statue speaks still to terra nullius and the violent rupture of Aboriginal society and a legacy of pain and suffering that endures today.

Dammit Stan, you got shoes. And bacon. And WiFi. And the opportunity to participate in a millennia-long project of human civilisation that your white ancestors strove and bled and died to achieve.

You’re not a victim, Stan. You’re one of the most privileged men in all of human history. Now you even get to make an international career and a top 1% salary playing the victim card about it all the time.

To be fair, Stan wasn’t born into the top echelon of Australian society with whom he now shares foie gras and Moet on the harbour. He was born in Griffith, into a pretty rough milieu. His dad was born in Cowra and worked the sawmills. In his biography, Stan claims that his father was ill-treated for being dark.

That narrative might read well in the leafy inner suburbs of establishment Australia Stan, but I can see right through it. I spent my childhood in nearby Parkes, in a Housing Commission house on the edge of town. I know that world, and I know that whatever ‘prejudice’ your father might have experienced would have been much more a result of his character and conduct than his ethnicity.

My Irish ancestors were shipped out in chains in the Second Fleet, and like your Aboriginal ancestors had a culture of alcoholism and violence which prevented them rising in society for long. Now I thank God that my British ancestors dragged their Celtic arses out here to the end of the earth. I’m grateful.

You should be, too, Stan. Burnt goanna must get a bit boring after a few years.

Stan attributes his neo-Bolshevik revolutionary fervour to the presidency of Donald Trump, of course:

Mr Trump is feeding a hate that burns deep in the American soul.

Race — racism — is written in American DNA. The war to end slavery — the Civil War — is seen by historians as the bloody birth pains of the nation.

Yet Lincoln’s emancipation proclamation, Martin Luther King’s dream, the civil rights marches that brought an end to segregation, the election of the first black president, Barack Obama, none of these things have healed America’s wound.

There never will be for fanatics like you, Stan, until white history, white culture and whites ourselves have been eradicated. You’re a genocidal maniac, driven by a grievance complex to exterminate the ethnic group who built this country, and to whom you partly belong.

Americans are tearing down the monuments to hate, but we remain oblivious to ours.

When I drive through the Blue Mountains west of Sydney to return to the country of my ancestors, the Wiradjuri, I cross the Coxs River named after William Cox the pioneer and road builder.

In the 1820s, at the height of conflict between the Wiradjuri and the British — described in the Sydney Gazette as an “exterminating war” — the same William Cox called for the massacre of Aboriginal people…

William Cox is immortalised, he lends his name to our landscape.

Across Australia there are monuments to those who drove Aboriginal people from their lands.

There are reminders of frontier battles that are still not taught in our schools.

There is still no place on our War Memorial wall of remembrance for those Aboriginal people who died on our soil fighting to defend their country.

They got conquered, Stan. Welcome to civilisation. The evil British you hate so much got conquered several times, too. First by the Romans, then the Angles, Saxons and Jutes, then the Vikings, then the Normans and now by Third World economic invaders. If it makes you feel better, London has now fallen to non-whites.

When you get conquered, only your will and resolve determine whether you survive as a people or disappear back into the sea of humanity. Playing the victim and blaming others is not helpful, and is increasingly hated by the remote indigenous communities you claim to advocate for.

They don’t get invited to the same parties you do, so you probably haven’t heard. They’re not interested in playing identity politics against whitey. They’re just grateful if they have some shoes.

I guess that’s our fault, too? 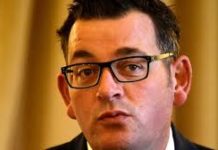