About a fortnight ago, I’d declared to my Facebook friends that I’d be taking some time off from contributing to XYZ, in order to focus on shift work and other miscellaneous contract jobs landing on my desk.

Unfortunately that plan lasted about as long as a snowflake in summer.

The next morning after announcing my sabbaticals, I awoke to discover that YouTube had terminated my longstanding account for “multiple or severe violations of YouTube’s policy prohibiting hate speech”:

When I attempted to upload 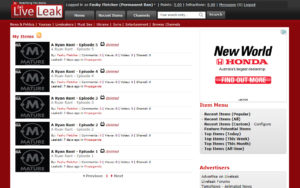 my 58 episodes of A Ryan Rant to LiveLeak, the platform shutdown the first 5 episodes over the course of 48-hours and placed a “Permanent Ban” on my account.

Today, I was alerted to further targeted censorship of my online presence when Facebook “unpublished” my page, due to “hate speech” violations (which was subsequently overturned on appeal). 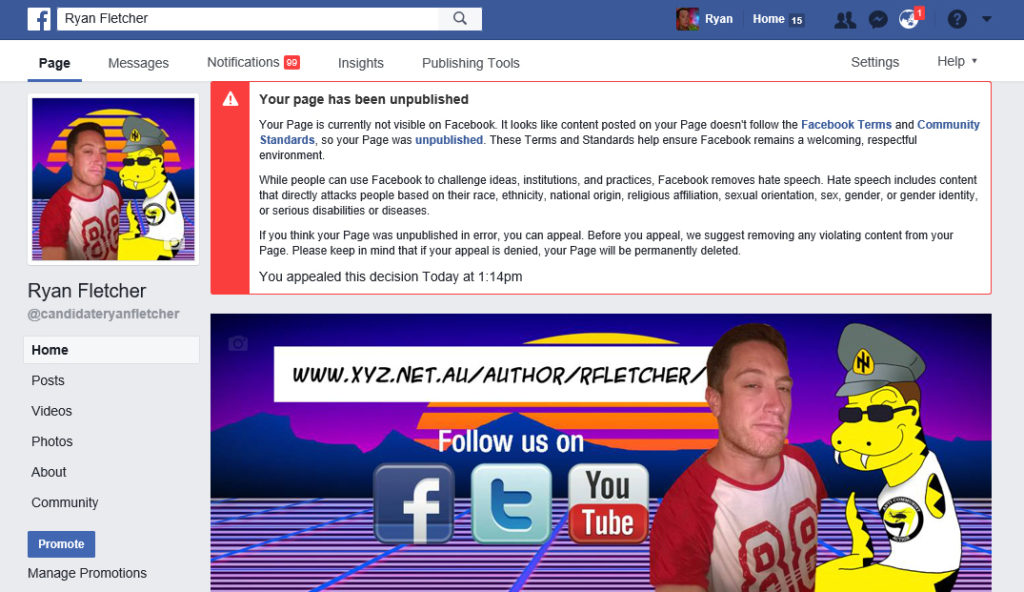 So why is it that little ol’ Ryan has become the target for such a concerted campaign of social media shoahing? Admittedly, I’ve been getting censored off and on for a while now, however my online rants which are similar in tone to this write-up, are likely the mea culpa.

Apparently shitlords like myself have to shut-up and grin while these platforms put a glossy face on globalised ass-rape.

But according to the acolytes of “Andy Fleming” and that cross-dressing weirdo (((John Safran))), folks like myself are such a threat to the public peace that weaponised irony needs to be shut-down everywhere.

Hence why we find Ryan back from his vacation early, flashing his White Power hand-sign (yet again) at the humourless “Have-Nots” who still haven’t learnt.

Perhaps they should heed Brendan O’Neill’s words when he stated “I love hearing hate speech because it reminds me I live in a free society.”