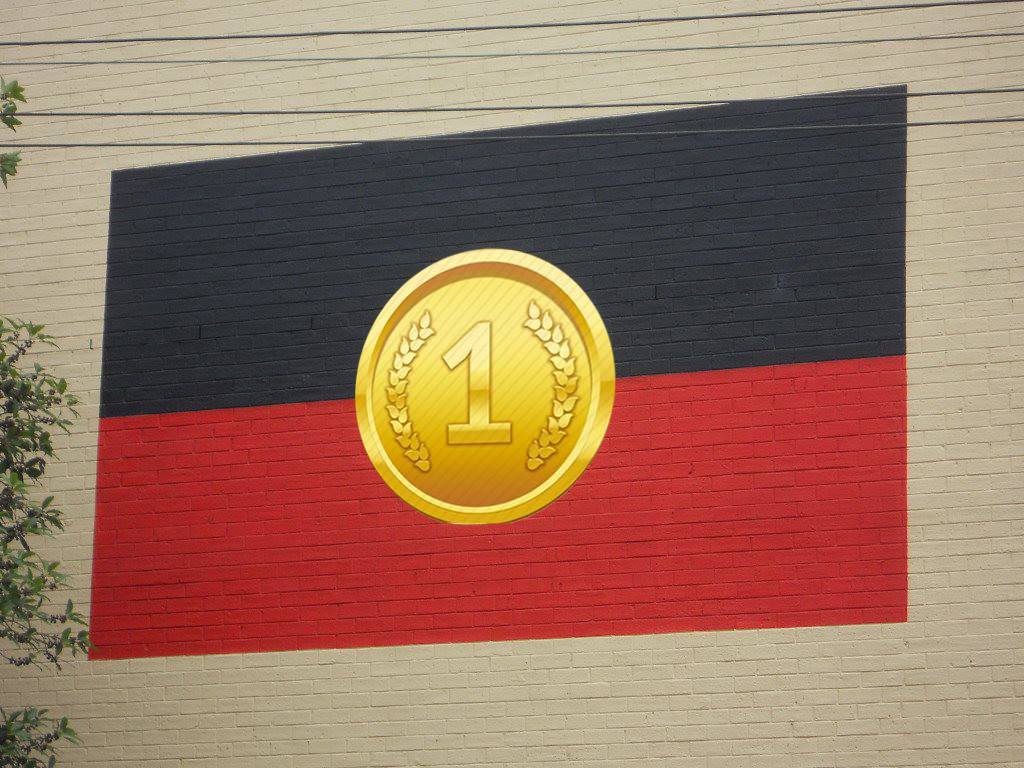 I met a very sad woman this week. Not sad emotionally, quite the opposite, but sad in what her conversation with me revealed about the state of Australia in the current year. This woman reported to me that, about two years ago, she discovered that her grandfather was not Spanish as he had always claimed but instead was part Aboriginal. Her delight at this development was obvious.

“Yeah nah I was never good at school, but I really like gardening. Now it makes sense.” Honestly.

It was clear to me that this woman considered herself as having gone from a Nobody to a Somebody through this revelation. It was not so long ago that the revelation that one’s recent ancestors were stone age hunter-gatherers would have brought shame. That’s probably why grandpa kept it quiet all those years. Now it’s a source of pride. What’s changed?

We live in a society where the natural order of things has been inverted. The healthy civilisational immune responses to degeneracy, mediocrity and dissipation such as stigma, ostracism and shame have not only been switched off. They have rather become an autoimmune disorder, attacking the healthy cells of our society which enable it to continue functioning.

Rather than deriding the deviant and scorning the indolent, we now mock the virtuous and the envy the industrious. We have become an upside-down society.

Denigration of homosexuality, for example, is a very healthy practice for a society. Across a number of studies, it’s been found that normal men sleep with approximately eight women in their lifetime. This is misleading, of course, because the alphas rack up far more and the betas and gammas far fewer, especially in a promiscuous society like ours. Even top tier alpha males, however, cannot compete with homosexual men. Homosexuals have on average more than fifty sexual partners in their lifetime, and many have far more.

This is not healthy, physically or psychologically. Humans aren’t built for such dissipation. Encouraging young boys to become homosexuals, as our society actively does, is child abuse. It is akin to declaring war on them. How perverted is a society that actively seeks the sexual corruption of its own young? What is the real agenda of the people pushing this?

Am I saying we should make homosexuality illegal again and go back to throwing sodomites in prison? Of course not. As Tacitus told us two thousand years ago, morality cannot be legislated. The less the State has to do with everyone’s lives, especially our private lives, the better. Legislating for the proliferation of vice though, as we currently do, is madness.

Despite what the magazines marketed to teenage girls say, promiscuity for women is also extremely harmful. Carry a cute infant through a shopping centre for ten minutes and you’ll clearly see how men and women are built differently when it comes to childrearing and families. Postmodern feminism has encouraged young women to adopt the sexual habits of aforesaid alpha males. This has had devastating consequences for many middle-aged women. Alone with their cats and the guilt of multiple abortions, too many middle-aged women are depressed and filled with regret. They got sold the lie that polyamorous libertinism is liberating and that monogamous chastity is oppressive. It’s a postmodern tragedy.

Weakness and irresponsibility in men has also come to be tolerated in our society, with disastrous consequences. There was a time when, should a man impregnate a girl outside of wedlock, her father and brothers would arrive armed and dangerous to ensure that cad became part of the family and did the right thing. Now he can just dump her via text and get back to playing Call of Duty.

If the girl chooses to have that baby today, her allegiance will be to the authority that provides her the resources to raise it. This marriage to the State serves the interests of the socialists and central planner control freaks very well. It also ensures votes for the political parties that continue to offer such bribes with money stolen from the productive and the virtuous. That this is a tragedy for the child and provides no long-term security for the mother is of no concern to the politicians who get invited onto Q&A.

Thus our irresponsibility and moral decrepitude serve the interests of the establishment very well. This is no accident. The moral inversion which is destroying the West has been the result of ideologies pushed by leftist intellectuals, academics and teachers for several decades now.

The origin of these ideologies of moral inversion lies with the usual suspects – the Frankfurt School, Marx and Rousseau. Rousseau, through Marx, convinced millions of firebrand socialists that man is alienated from those around him through the original sin of property. The Cultural Marxist philosophies developed by the Frankfurt School which motivated the 60’s counterculture movement evolved this idea by integrating the theories of Freud and Jung.

For Cultural Marxists, man is alienated from his fellow man by distinctions of race, gender, creed and sexuality. Any difference, actually. This is the why the Cultural Marxist ideology which is propagated through the think tanks, research grant systems, education and propaganda complex, is creating a world of bland, enervating sameness. It’s a totalitarian worldview which relentlessly requires the eradication of all difference between humans, while using the Marxist technique of cloaking itself in language praising difference and diversity.

The euphoria which surrounded Obama in 2008 was based upon the belief that he is the messiah of universal tolerance. People bought the lie that supporting a black (gay?) man to become the President of the United States indicated one’s supreme overcoming of the factors which alienate men from each other, and prevent utopia from bursting forth across the land. The millennium was at hand. He even got a Noble Prize for being such an articulate black man. Instead, we now have the Charlotte riots, blacks burning white people to death for lolz and a black-on-black crime wave throughout cities such as Chicago, Baltimore and Detroit.

The tyranny of equality is that any attempt to create it always brings about a new form of supremacy. Equality is not possible in heaven or on earth. Worshipping equality will always lead to some people feeling they have been wronged. It always leads to a Victim Olympics.

There is a new contender for the Victim Olympics which is gaining the spotlight during this election season in the United States. This identity-based victim mentality is emerging among whites, and is a reaction to Cultural Marxism and the destruction of Western societies through unfiltered mass immigration. A growing number of whites today are taking on the Marxist mentality and seeing themselves as being oppressed by a shadowy Jewish elite. Although this movement is still underground at the moment, those who believe these eternal theories of the Eternal Jew are fanatical and determined. And their numbers are growing.

This inversion of the moral order of society has been going on now for at least a century, yet it is only today that we are fully experiencing the consequences. We have already lost our high culture. There will be no more Mona Lisas or great symphonies. We are not producing profound philosophy, transcendent architecture or the tales of noble deeds. The consequences of this inversion of order is the destruction of the motivations which drive young men to strive for glory, honour and the advancement of civilisation. Quench those fires, and very quickly your civilisation will degenerate into a Third World slumtopia. This is where the Victim Olympics is taking us.