This week there has been reports surface in the media that have caused me great alarm. Whether it was hearing of a 4-year-old child commencing “gender transition”, two 12-year-old boys charged with the rape of a 6-year-old girl or Time magazine praising a transgender “man” pictured breastfeeding a new-born, the erosive ethos was potently troublesome.

These societal symptoms of the carcinogenic creed of Cultural Marxism are insidiously indicative of the decimation being caused to our cultural pillars (namely the family, private property, religion and the Nation).

By malicious milieu control from the media, school curriculums and the Parliamentary mortification of the public’s politically incorrect flesh, Western Christian culture is being called to plunge the proverbial seppuku sword into its “evil” White belly.

Under the innocuous banner of “diversity”, dubiously dubbed “social justice warriors” aggressively attack our institutions in order to purge European heritage from the politically correct revised pages of history.

In order for Whites to survive this bogus guilt shaming shock treatment from the psychosis-fuelled Fabian feminists, I say breed widely and home-school your children (because their concerted aim to demoralise and displace will be our undoing if folk don’t fight back)! 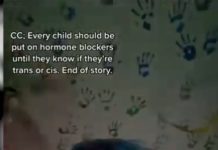 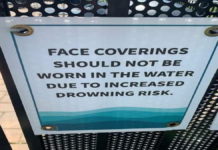 What if we just don’t tell the idiots?