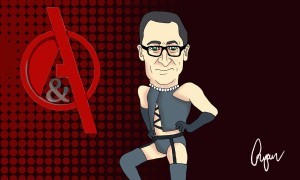 Tomorrow, the Federal Leader of the Australian Greens, Senator Richard Di Natale, will be strutting his stuff on the ABC’s Q&A program. Though I imagine he’ll be receiving the typical thunderous applause from the Leftist dominated audience, (over his party’s policy on same-sex marriage,) I predict conservative voices like Katy Faust won’t be afforded the same reception.

It’s ironic that booing on Q&A isn’t criticized with the same enthusiasm as that of Adam Goodes. Clearly, if the narrative doesn’t cater to nausea inducing buzzwords, which are used so frequently by the perpetually offended, then it just isn’t worthy of reporting on.

As Katy Faust would say “We can disagree, but it isn’t bigotry.”