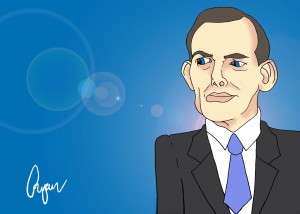 Over the course of the last two days I have enjoyed watching the Left wing media and politicians deliver their commentary on Prime Minister Abbott’s press announcements.

Firstly the “progressives” were whining about the PM defending the Coalition’s carbon emissions target, to which the Australian Chamber of Commerce and Industry praised as “realistic” and unlikely to “adversely impact on energy prices and the competitiveness of Australian industry”.

Geez how terrible of the Prime Minister to responsibly address emissions reductions while maintaining economic integrity. Yet Labor and the Greens had to chime in, and without a doubt Adam Bandt’s characterisation was the most hysterical.

Bandt went so far as to accuse the Prime Minister of pandering to “climate denialists” over the government’s carbon emissions reduction target. While The Greens have continually opposed the “only realistic way” to cut carbon emissions (as Tony Abbott characterized nuclear energy in 2010,) Bandt and his mob continue to clog the discussion with talk of wind turbines.

Secondly “progressives” were trying to frame the Prime Minister’s call for a plebiscite on same-sex marriage (where all Australians could express a position on the matter) as siding with the “homophobic minority”.

If those who support the traditional definition of marriage are supposedly “homophobic” and are apparently the “minority” of Australians, then why does the “progressive” Left shy away from the opinion of the people?