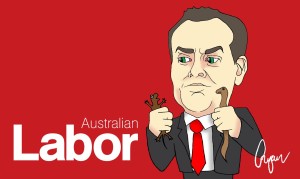 Let it be known that the Labor/Greens alliance is diligently standing behind our hard working yakka skinks and ornamental snakes. Wait, what?

Currently there is a deliberate campaign by the radical Left to jeopardise a $16 billion economic investment by the Adani Group at their Carmichael coal mine.

Green activists are using the courts to delay and deter Australian resource projects (like the Carmichael coal mine) that will deliver 10,000 jobs and $22 billion in royalties for the state of Queensland.

Labor leader Bill Shorten and his colleagues are proposing a 50% renewable energy target by 2030 which will adversely effect employment, drive energy prices up 78% and strip “$600 billion from economic growth”.